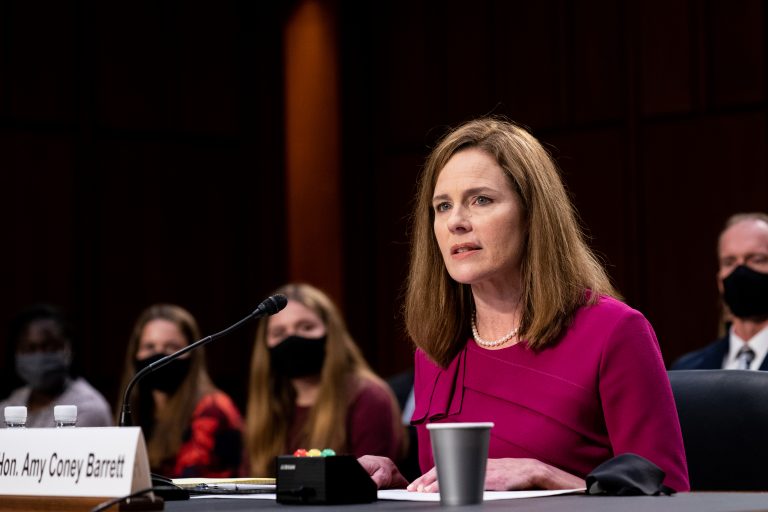 Judge Amy Coney Barrett said Tuesday she would stick to the original meaning of the Second Amendment in gun cases if she were confirmed to the Supreme Court.

At Barrett’s confirmation hearing, Sen. Dianne Feinstein (D., Calif.) made a case for stricter gun regulations and asked how Barrett would rule on gun cases. Barrett responded that her approach is to abide by the “original meaning” of the Second Amendment. She pointed to her dissent in Kanter v. Barr (2018) when she argued that only those proven to be a danger to others should be stripped of their gun rights—not nonviolent felons.

Recent Stories in The Courts

“I spent a lot of time in that opinion looking at the history of the Second Amendment and looking at the Supreme Court’s cases,” Barrett told Feinstein. “So, the way in which I would approach the review of gun regulation is in that same way: to look very carefully at the text, to look carefully at what the original meaning was.”

Sen. Dick Durbin (D., Ill.) took issue with Barrett’s determination that governments should have to prove a nonviolent felon presents a danger to society before stripping his or her gun rights. Durbin argued it was “totally impractical” to go “case by case” in removing felons’ gun rights and that a categorical approach was appropriate. Barrett said the government should need to “make a showing of dangerousness” before taking away a person’s gun rights, since things such as selling pigs without a license and redeeming too many bottle caps can be felonies.

“I think we could all agree that we ought to be careful of saying that because someone is a felon they lose any of their individual rights,” Barrett told Durbin.

Experts recently told the Washington Free Beacon that Barrett’s adoption of what’s referred to as a “text, history, and tradition” standard for reviewing gun cases could have a dramatic effect not just on the High Court but throughout the entire federal court system. Still, Barrett told Feinstein the landmark 2008 case District of Columbia v. Heller, which found the Second Amendment was an individual right, “leaves room for gun regulations.” She said the Second Amendment does not prevent governments from disarming people proven to be dangerous through due process of law.

“The original meaning of the Second Amendment—and I went through a lot of detailed history in [Kanter v. Barr]—does support the idea that governments are free to keep guns out of the hands of the dangerous,” Barrett said. “So, for example, the mentally ill, others who would be likely to misuse guns.”

When asked by Sen. Mike Lee (R., Utah) to further explain her view on how to determine the original meaning of the Second Amendment, Barrett said “its original public meaning, not the intent of any particular drafter” that ultimately matters.

“The law is what the people understand it to be, not what goes on in any individual legislator’s mind,” Barrett told Lee. “I respect you, Senator Lee, but what passes both houses, that’s the law, not any private intentions you have.”

The answers came after Barrett told Sen. Lindsey Graham (R., S.C.) she owns a gun but that her personal opinions will have no bearing on how she would rule in cases before the Court. 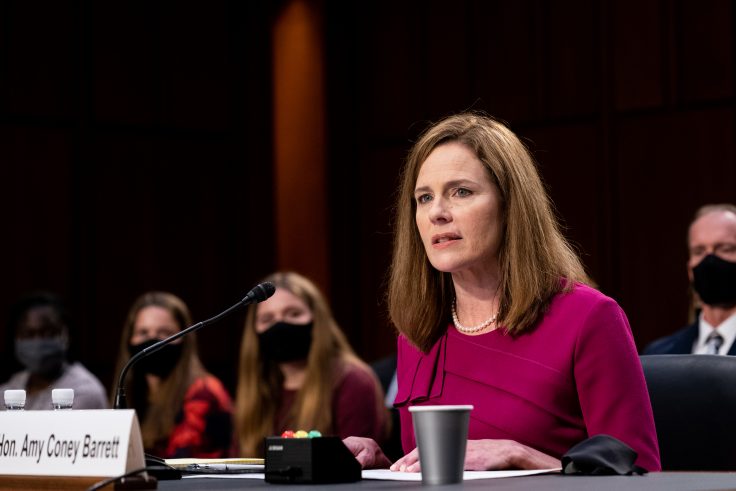