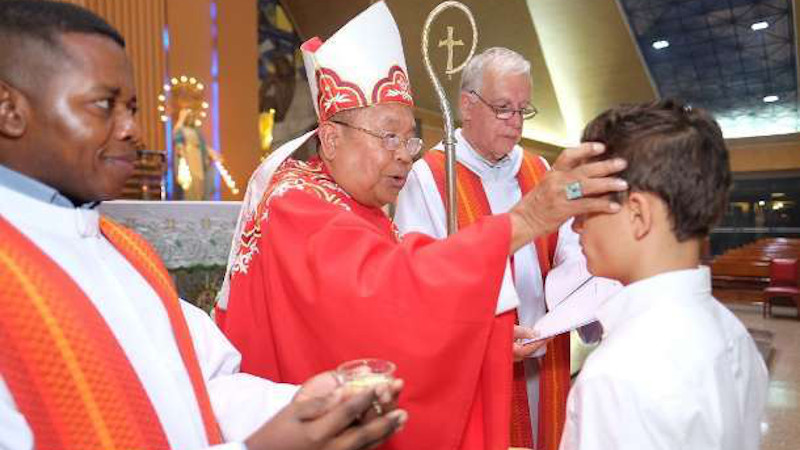 A Catholic bishop has expressed “dismay” after a poll revealed that a whopping nine out of 10 Filipinos approve of President Rodrigo Duterte’s response to the coronavirus pandemic.

“I’m rather dismayed. The high rating is either made up as fake news or is a reflection of the shameful stupidity of Filipinos,” Bishop Bastes told UCA News.

According to a survey by pollster Pulse Asia, 91 percent of Filipinos said Duterte had “done well” in curbing coronavirus infections in the Philippines, one of the countries with the highest infection rates.

Only 3 percent said Duterte’s efforts were not good enough.

Filipinos must not fall for “sweet promises” but go with the facts, Bishop Bastes said.

Duterte has declared several community lockdowns since March despite a scarcity of testing kits and hospital beds.

In early May, six of the biggest hospitals in Manila announced they could no longer take coronavirus patients due to a lack of beds and ventilators.

The World Health Organization has urged countries to do mass testing as a basic necessity in combating the pandemic, yet the Philippine Health Department has said it does not have the funds to conduct such tests.

The Washington Post said the Philippines was in a “losing battle” after the number of infections passed the 100,000-mark despite strict quarantine protocols.

Health workers also called for a “time out” to give them time to rest and to recalibrate after long months of battling the pandemic.

“We were waging a losing battle against Covid-19 and we need to draw up a consolidated, definitive plan of action, something that we still do not have at present,” physician Carlo Geronimo told UCA News.

Geronimo also said he was surprised by the approval rating because he did not know the factors and standards used by the pollster.

“I do not understand the high rating, particularly if the question was an assessment of the government response to the coronavirus pandemic. It seems also that the Filipino people are not aware of the true state of the Philippine healthcare system,” he added.

Bishop Bastes, however, said he could think of one “good” impression that was factored into the survey.

“There is one good thing that President Duterte recently did. He is again befriending the United States and has started to dislike China on the issue of the West Philippine Sea,” Bishop Bastes told UCA News, referring to China’s territorial claims to a part of the South China Sea also claimed by the Philippines.