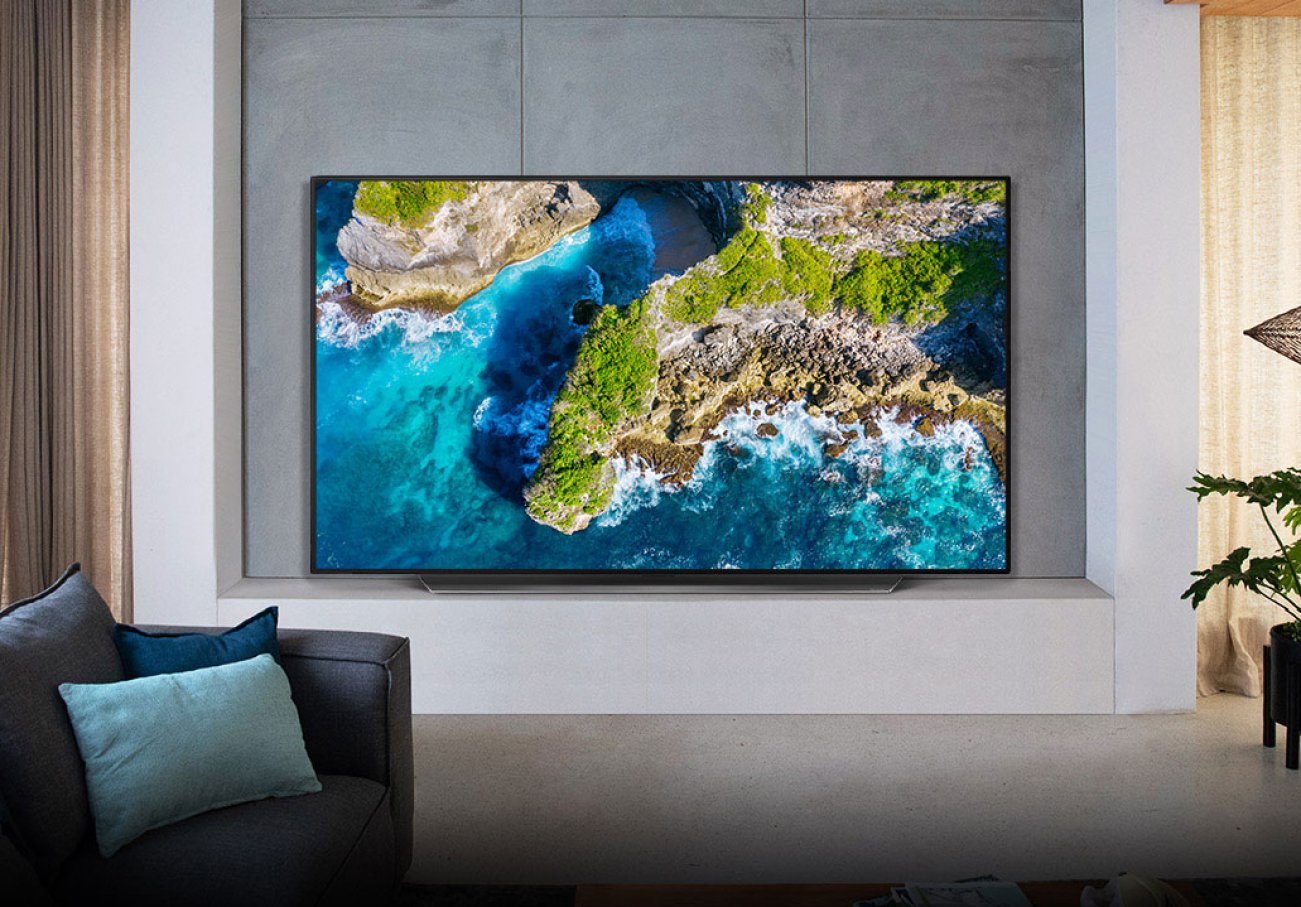 Going bigger is fine, but these OLED screens are good enough that you do not need to worry about crowding around even a smaller TV.

This particular model from the Korean tech giant—which can be yours for $1,500 at Best Buy—is jam-packed with all of the eyebrow-raising power and next-generation perks that you need to create the best picture and viewing experience on the planet.

But at a measly forty-eight inches—considering today’s ubiquitous mammoth-panel standards—is it too small for your movie-watching and gaming needs?

From the perspective of pricing, going up to fifty-five inches would indeed be a smart move, as it would only cost $100 more. But if you desire a sixty-five-inch panel, that will set you back $2,300, while the seventy-seven-inch monster is retailing for $3,700.

Whatever size you settle on, know that all of these dimensions will provide a top-of-the-line, blemish-free panel. Here’s a quick rundown of what you’ll get: sleek and slim design, fantastic picture quality, accurate colors, deepest blacks, and inimitable uniformity and contrast ratios. And like the little brothers B9 and C9 Series, this CX model also proves that its wide-angle viewing is second to none.

Powered by the α9 Gen 3 AI Processor 4K, the CX also features the much-coveted HDMI 2.1 features—including eARC—and comes with full-fledged support for Amazon Alexa, Google Assistant, and Apple AirPlay 2. The ultra-handy remote control also lets you speak to those voice assistants. The set also features Cinema HDR, which does a marvelous job of supporting a wide range of formats for scene-by-scene picture adjustment—including the must-haves Dolby Vision, HDR10, and HLG.

And for all the diehard gamers out there waiting patiently for the arrival next month of the next-generation consoles from PlayStation and Xbox, know that the CX flawlessly supports the Nvidia G-Sync standard and AMD FreeSync, which help to eliminate any screen tearing and stuttering. The end result is noticeably smoother gameplay—no matter how graphics-intensive the games are.

As many avid gamers are known to crowd around screens, perhaps staying with the forty-eight inches isn’t such a terrible idea. Obviously, you will be saving some cash and space, but as an OLED panel, you will be on the receiving end of immaculate picture quality driven by millions of next-generation self-emissive pixels—no matter if you’re off to the side or sitting a bit closer to the TV than you should be.

However, the one caveat is to be aware that like all OLED TVs, the CX is susceptible to suffer from image retention or burn-in—although this pesky issue has become less common with further advances in OLED technology.