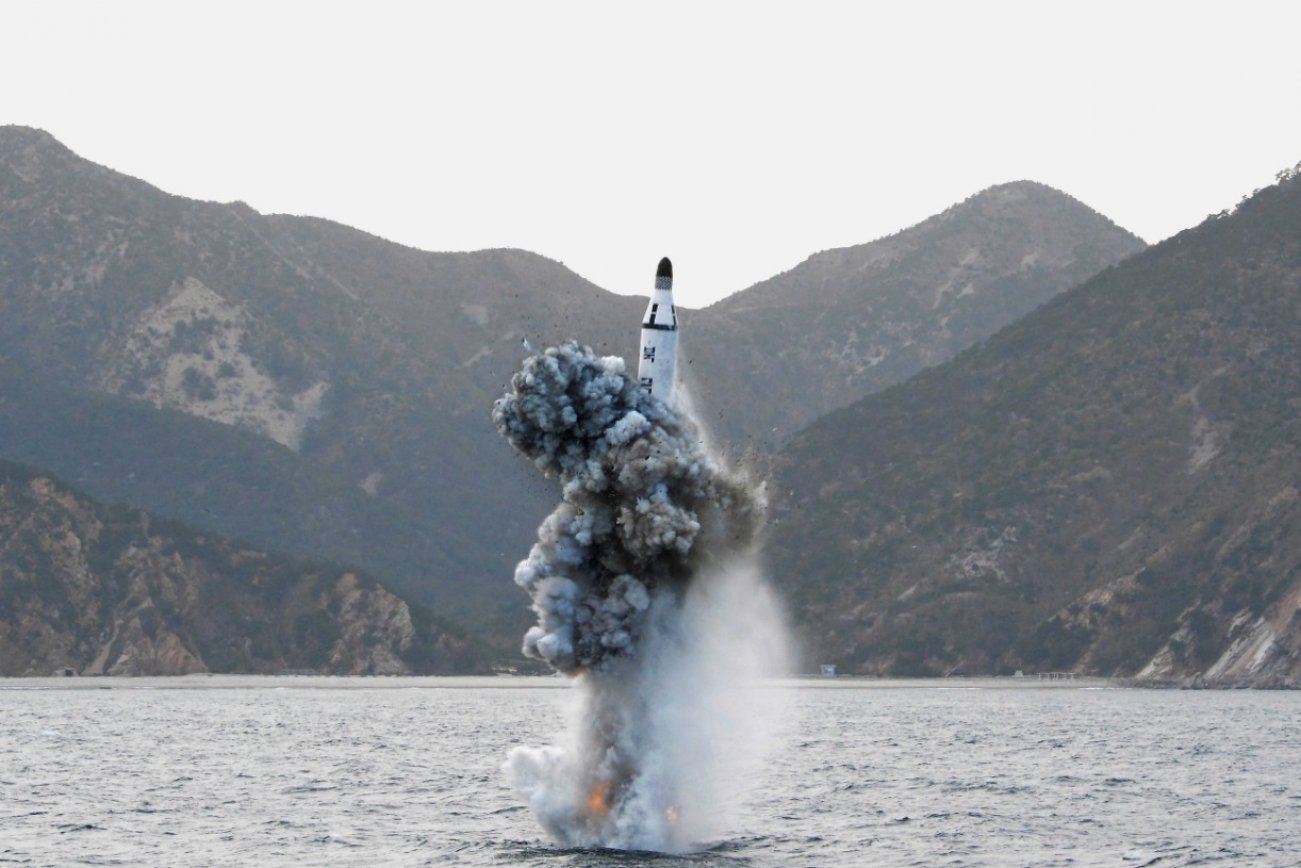 On June 25, a South Korean salvage team recovered the boat from one hundred feet underwater and an elite team bored into the hull. They found a horrid tableau inside.

Here’s What You Need To Remember: The incident underscored South Korea’s inability to consistently detect and interdict North Korean mini-submarines, leading some commenters to joke that the nation relied on fishermen and taxi drivers (as occurred in the Gangneung incident) to patrol her waters. To be fair, however, small submarines like the Yugo-class boats are extremely difficult to detect in the shallow waters off the Korean coast, a threat underscored by the sinking of the South Korean corvette Cheonan in 2010.

At 4:30 p.m. on June 22, 1998, Capt. Kim In-yong noticed a curious site from the helm of his fishing boat as it sailed eleven miles east of the South Korean city of Sokcho: a small submarine, roughly sixty feet in length, caught in a driftnet used for mackerel fishing. Several crew members were visible on the submarine’s deck, trying to free their vessel. Upon noticing the fishing boat, they gave friendly waves of reassurance.

Captain Kim was suspicious. The entangled submarine was located twenty miles south of the demilitarized zone separating North and South Korea. Likely, he recalled an incident two years earlier when a North Korean spy submarine ground ashore further south near the city of Gangneung. Rather than surrendering, the heavily armed crew first turned on itself and then tried to fight its way back to the border, resulting in the death of thirty-seven Koreans from both nations. Perhaps he was aware that while Republic of Korea Navy operated three Dolgorae-class mini-submarines at the time, North Korea had roughly fifty small submarines of several classes. So the South Korean fisherman informed the Sokcho Fishery Bureau.

The submarine, meanwhile, freed itself from the nets and began sailing north, with Captain Kim following it at a distance. However, before long the submarine rolled on its belly, stalled and helpless in the water.

By 5:20 p.m. the Republic of Korea dispatched antisubmarine helicopters, and the submarine’s location was confirmed nearly an hour later. The vessel was a Yugo-class mini-submarine, imported from Yugoslavia to North Korea during the Cold War. The boats in the class vary from sixteen to twenty-two meters long and seventy to 110 tons in weight, and can’t go much faster than ten knots (11.5 miles per hour), or four knots underwater. Though some carried two torpedo tubes, they were primarily used to deploy operatives on spying missions, with the five-man vessels able to accommodate up to seven additional passengers. Later inspection of the Yugo-class boat revealed it had a single rotating shaft driving its two propellers, which had skewed blades for noise reduction, and that the hull was made of plastic to lower visibility to Magnetic Anomaly Detectors.

ROK Navy surface ships surrounded the vessel and attempted to communicate with the stranded boat, first via signaling charges and low-frequency radio, then loudspeakers and even hammers tapped on the boat’s hull—without response. Unwilling to risk opening the submarine while at sea, the South Korean sailors ultimately hitched the mini-sub to a corvette at 7:30 that evening and began towing it for port of Donghae.

The timing was inauspicious. South and North Korea were about to hold their first major talks in years at Panmunjom. Recently elected South Korean president Kim Dae-jung was promoting his “Sunshine Policy,” attempting to promote reconciliation and openness between two nations that had been officially at war since 1950. On January 23, North Korea declared that a submarine had suffered a “training accident.” According to Pyongyang, the submarine’s last communication reported “trouble in nautical observation instruments, oil pressure systems, and submerging and surfacing machines.” South Korean officials told the New York Times they didn’t believe the Yugo-class boat had actually been involved in a spy mission.

There was of course something a bit comical about the South Korean Navy coming to the unwanted rescue of a submarine that was spying in its waters. However, as frequently happens in tales of North Korean espionage, the absurd becomes horrific.

South Korea had readied a special team to open the ship and negotiate with the North Korean crew, including defector and former submariner Lee Kwang-soo, one of only two North Korean survivors of the Gangneung incident. However, while still being towed on July 24, the submarine sank abruptly to the bottom of the ocean. South Korean officials were uncertain: had the boat succumbed to mechanical difficulties, or had it been scuttled by the crew?

On June 25, a South Korean salvage team recovered the boat from one hundred feet underwater and an elite team bored into the hull. They found a horrid tableau inside.

The submarine’s interior had taken on only two and a half feet of water—but the five submariners had been gunned down, with bullet wounds visible across their bodies. Four elite North Korean Special Forces also lay dead, each shot in the head. North Korean military culture stresses that its soldiers should kill themselves rather than accept capture. It seemed likely that the more fanatical Special Forces had murdered the crew—perhaps after they had refused an order to commit suicide—then killed themselves. The nine dead men aboard the submarine were buried in South Korea’s Cemetery for North Korean and Chinese Soldiers, as Pyongyang has mostly refused to accept back the remains of its own spies and soldiers.

The more than two hundred items recovered from the submarine were also revealing. The crew had been packing AK-47s, machine guns, grenades, pistols, a rocket-propelled grenade and three sets of “American-made infiltration gear.” The presence of an empty South Korean pear juice container also suggested that the Special Forces personnel had made it ashore, as did a 1995 issue of Life magazine. If there was any doubt of the boat’s espionage activities, the ship’s log indicated the submarine had landed agents into South Korea on multiple occasions in the past.

The incident underscored South Korea’s inability to consistently detect and interdict North Korean mini-submarines, leading some commenters to joke that the nation relied on fishermen and taxi drivers (as occurred in the Gangneung incident) to patrol her waters. To be fair, however, small submarines like the Yugo-class boats are extremely difficult to detect in the shallow waters off the Korean coast, a threat underscored by the sinking of the South Korean corvette Cheonan in 2010. Shallow, rocky waters also led to a collision between much larger Russian and American submarines in 1992, due to their inability to detect each other over background noise.

Despite the death of its crew, Pyongyang did not make a big fuss as it was eager to receive South Korean economic aid to assist its recovery from a devastating famine. Seoul did it best to overlook the spying in an effort to make the Sunshine Policy work.

However, North Korea never ceased its espionage activities, nor did it change its death-over-surrender policy. In July that year, South Korea recovered the body of an armed North Korean agent with an underwater propulsion unit. And in December, another North Korean mini-submarine opened fire when challenged by South Korean ships, resulting in the Battle of Yeosu, the subject of the next piece in this series.

Sébastien Roblin holds a master’s degree in conflict resolution from Georgetown University and served as a university instructor for the Peace Corps in China. He has also worked in education, editing and refugee resettlement in France and the United States. He currently writes on security and military history for War Is Boring. This piece was originally featured in March 2017 and is being republished due to reader’s interest.