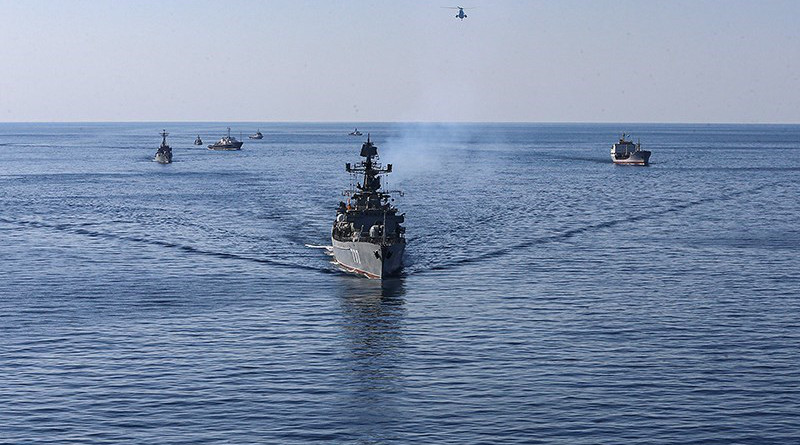 Iran’s first homegrown auxiliary ship that would be unveiled in coming weeks is capable of sailing around the globe three times without being refueled, the Iranian Navy commander said.

Once fueled up, the Iranian vessel can circumnavigate the globe three times, the commander noted, saying the non-stop navigation capability would greatly contribute to “defense and security stability” in the region.

Iran’s naval power serves maritime security in the region and the world, he emphasized.

Rear Admiral Khanzadi said the Iranian auxiliary ship can carry several military choppers and drones, and is furnished with a combination of missile systems and weapons fit for long journeys in ocean.

He added that the Navy will unveil other new products in the coming weeks, including ‘Dena’ destroyer and ‘Saba’ minesweeper.

In comments in September, Khanzadi said all movements by the American military forces are being monitored by the Iranian naval units, warning that any wrong action will receive a “harsh response” from Iran.

In a massive military exercise held in the Sea of Oman and parts of the Indian Ocean in September, the Iranian Navy fired a submarine-launched cruise missile, dubbed Jask.