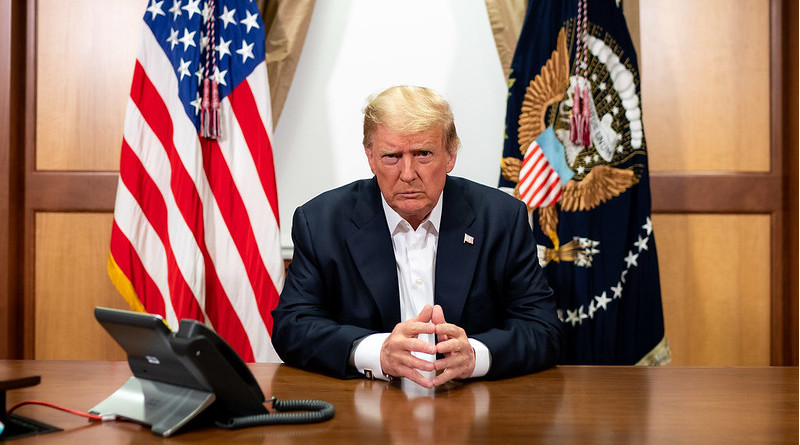 On October 5, President Donald Trump commented at Twitter that he would be leaving later that day from Walter Reed Medical Center where he had received medical treatment related to his having been infected with coronavirus. In the tweet, Trump also stated: “Don’t be afraid of Covid. Don’t let it dominate your life.”

In making this statement, Trump drew out many reactions of disdain and mocking from people in American media and politics. But, a newly release Pew Research Center poll indicates that many Republican and Republican leaning individuals probably nodded their heads in agreement with Trump while wondering why it took so long for the president to come around to saying what they had long understood.

The second question provides additional insight into people’s level of fear of coronavirus. About two-thirds of Republican and Republican leaning survey participants (66 percent) said the coronavirus outbreak has been made “a bigger deal than it really is.” Just nine and 23 percent, respectively, said it has been “made a smaller deal than it really is,” or has been “approached about right.”

In contrast, only 15 percent of Democratic and Democratic leaning survey participants agreed with the assessment that coronavirus danger has been overblown. The vast majority instead said it has been made a smaller deal than it really is (43 percent) or has been approached about right (41 percent). To understand how great a level of fear is indicated in the Democratic and Democratic leaning answers, consider that in America the media approach has generally been along the lines of “run and hide, we’re all going to die” and governments’ approach has generally been to impose numerous draconian mandates — mandates that most Americans, just last year, could not imagine being imposed in America.

It is great to see Trump clearly expressing his rejection of fear and his support for the American people getting on with their lives. Now, how can we get more Democratic and Democratic leaning individuals to take a chill pill? It is the best medicine for countering support for tyrannical government and outsized fear of coronavirus.

This article was published by RonPaul Institute.

The article Trump Said Don’t ‘Be Afraid Of COVID’ Or ‘Let It Dominate Your Life’: Many Republicans Already Thought Along Those Lines – OpEd appeared first on Eurasia Review.