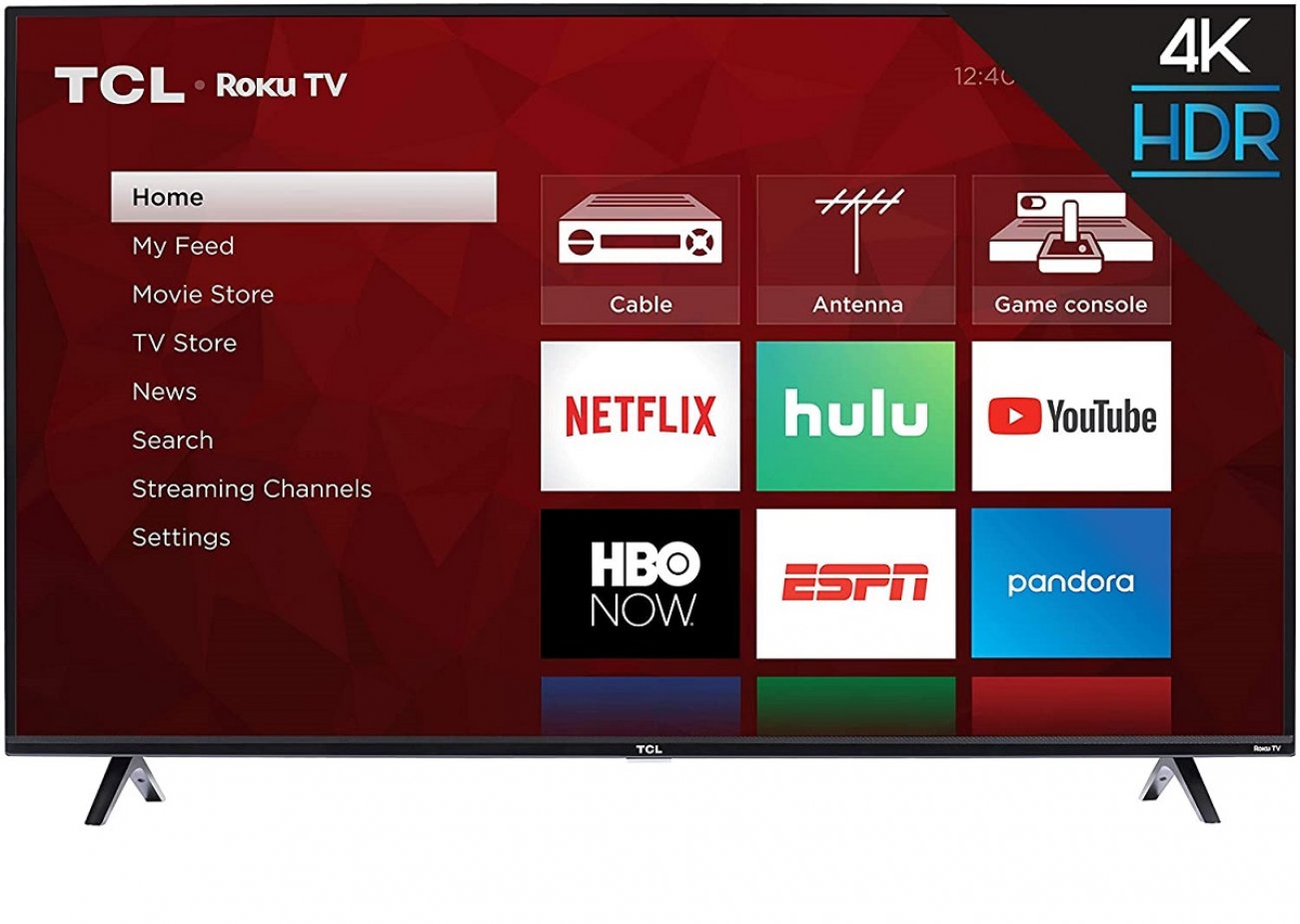 If you’ve been in the market lately for a top-notch 4K HDTV, you might have run across offerings that were in the thousands of dollars.

That might have made you take a couple of steps backward, but if you can stop only focusing on big-name brands like Sony, Samsung, and LG, what you’ll find is that there are indeed wonderful budget-friendly options out there.

If you’re willing to think a bit outside the box, then take a hard look at TCL’s fifty-inch 4 Series 4K Roku TV, which is currently retailing for $280 on Amazon, which is a hefty savings of 42 percent.

As the little brother of the Chinese tech giant’s highly regarded 5 and 6 Series 4K HDTVs, the 4 Series often gets lost in the shuffle during conversations about today’s top 4K panels. But know that despite the ridiculously low price point, this set can hold its own against other comparable panels that cost hundreds more.

Boasting a minimalist and elegant design, the 4 Series packs enough punch for those who love action movies and graphics-intensive video games from PlayStation and Xbox. The panel does an outstanding job supporting the must-have HDR 10 and features low input lag and great response and processing time.

The contrast ratio, black levels, and uniformity are also considered above average, but be aware that this set, like most non-OLED panels, does fall short in terms of wide-angle viewing.

One of the best aspects is the built-in Roku TV, which, along with Android TV and LG’s webOS, is considered an elite option among all smart TV platforms out on the market right now—and to top it off, it’s basically free with the TV.

Roku flaunts an incredibly intuitive and user-friendly interface, making it a breeze to quickly find what you want to watch for family movie nights. Toggling between your apps and devices is also a snap, as you don’t have to physically deal with all of the buttons and switches of separate devices.

The streaming offerings on Roku are plentiful (likely more content than you can possibly handle), giving you simple access to just about every app available, including the usual favorites Netflix, YouTube, Amazon Prime Video, and Hulu. Also know that since the apps are built-in, you can get to them faster and more easily than via an external streamer.

As for the sound, you really should think about whether you want to upgrade. The 4 Series comes with two 8W speakers that do support Dolby Digital Plus, but that setup might only work in smaller spaces. If you desire a more immersive, bass-driven audio experience, getting yourself a decent soundbar will probably help immensely.