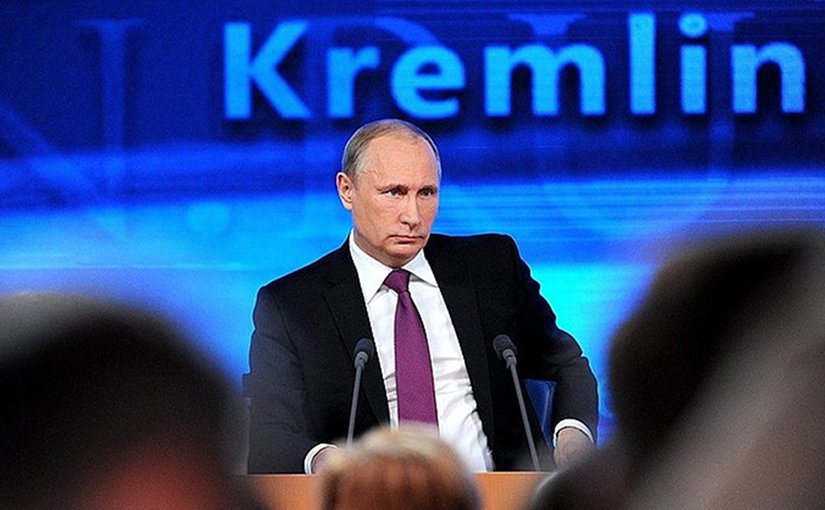 It has been almost 30 years since the collapse of the Soviet Union — an event Russian President Vladimir Putin once described as “the greatest geopolitical catastrophe of the century.”

Putin has never given up on the idea that Russia has a special status among the countries that were once part of the USSR. Since coming to power in 1999, he has tried to maximize its influence in the nations that were formerly members of that union.

To do so, Moscow has relied on key bilateral relationships and generous patronage. In addition, Russian-backed multilateral organizations were created to interconnect the countries of the former Soviet Union and maximize Russian influence in the region.

For example the Collective Security Treaty Organization (CSTO), which was established in 2002, can be loosely described as Russia’s answer to NATO. The Eurasian Economic Union, another Moscow-led project, focuses on deepening economic cooperation among certain countries that were part of the Soviet Union.

When things are not going well for the Kremlin, the use of military force is never ruled out. In 2008, Russia invaded Georgia and continues to occupy 20 percent of that country. In 2014, Moscow invaded Ukraine, illegally annexed Crimea, and supports a war in the eastern part of that country. Russia keeps troops in Transnistria, a breakaway region of Moldova. It also maintains a large military base in Armenia.

Right now Russia is overstretched and lurches from one crisis to the next. A great example of this is the current fighting between Armenia and Azerbaijan in Nagorno Karabakh. After the 1994 ceasefire in the region, which is occupied by Armenia, Azerbaijan never dared to retake the territory out of fear that Russia would get involved. Meanwhile Armenia, always expecting Moscow would come to its aid, has increasingly adopted a very provocative stance in recent years.

Sensing Russian equivocation on the matter, Azerbaijan decided it was time to act. The leadership in Baku was right: When fighting started, Putin stated that Russia would not come to Armenia’s aid in Nagorno Karabakh, even though both are members of the CSTO.

Will any other country in a defense agreement with Russia ever trust Moscow again? Furthermore, Kazakhstan and Kyrgyzstan, former Soviet countries that are also members of the CSTO, have shown sympathy for Azerbaijan’s cause. This is a blow to Russia’s prestige in Central Asia.

Alternatively, consider Belarus. Putin has totally mismanaged his relations with the country. It is pro-Russian, a sentiment that is largely shared by the ruling elite and political opposition alike.

Since President Alexander Lukashenko’s fraudulent elections in August, mass protests and instability have rocked the country. Moscow made no attempt to resolve the election dispute, however. Instead, the Kremlin sided with Lukashenko, who clings to power using police violence and authoritarian tactics. In fact, Russia recently declared prominent opposition leader Sviatlana Tsikhanouskaya, who is currently in exile in Lithuania, to be a criminal and issued a warrant for her arrest.

Instead of supporting a post-Lukashenko future for Belarus, Moscow has chained itself to the past he dominated. In the long run, this could lead to Belarus slipping out of Russia’s traditional orbit. It can only create a negative image of Russia in the eyes of most of the population.

The consequences of Russia’s military adventures outside its borders have also placed a heavy burden on the state treasury, in particular the annexation of Crimea. Since 2014, Russia has spent between $1 billion and $2.7 billion a year on subsidies for the area. This does not include the bills for massive infrastructure projects that were footed by the Russian taxpayer, such as the Kerch Bridge linking mainland Russia with Crimea, which ended up costing almost $4 billion.

Moscow’s patronage of Abkhazia and South Ossetia, the two regions of Georgia under Russian occupation, also places a financial strain on Moscow’s coffers. As with Crimea, Russia has spent billions of dollars in subsidies for both regions. With all the economic challenges at home, the average Russian must wonder whether all of this is worth it.

Perhaps one reason Putin is unable to pursue a successful foreign policy in the former Soviet Union is because he is distracted by so many problems at home. Falling oil prices and a sluggish economy, a COVID-19 crisis that is not improving, and political protests in certain cities have all been keeping him busy.

Regardless of the reasons, the fact remains that Russia’s influence in the post-Soviet world has been diminishing. It seems that Moscow is unable to exert any meaningful influence and lacks the ability to end conflicts in its periphery. When Russia does get involved it often it sides with the loser, as with Belarus, or makes matters worse, as with Azerbaijan and Armenia.

Russia’s power and authority in much of the former Soviet Union has rarely been so questioned or challenged. After 30 years, former Soviet countries are finding their own voices and exerting their own sovereignty. For Russia, times have changed and the old methods of exerting influence are no longer working.

The question is, will Putin change his approach?

The article The Limits Of Russian Influence – Analysis appeared first on Eurasia Review.