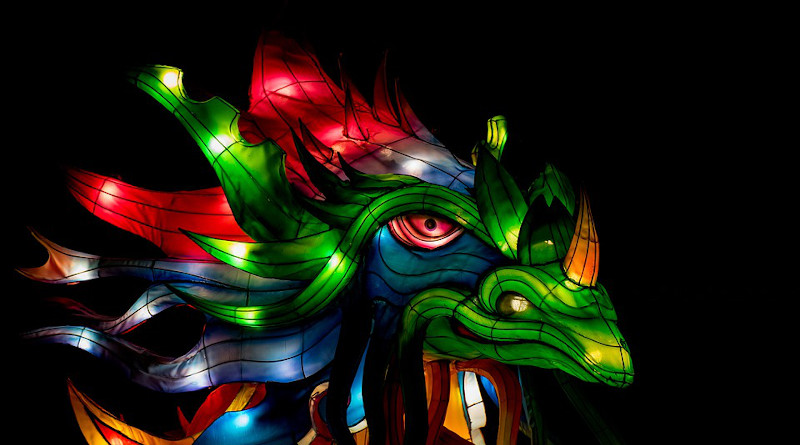 While analysts puzzle over the meaning of China’s latest economic slogan, the government appears poised to adopt President Xi Jinping’s “dual circulation” strategy as its guiding principle for the next five years.

According to state media, the term was first used in May but only drew attention in late July after Xi tried to explain it to a symposium of business leaders in Beijing.

The concept calls for upgrading domestic consumption to boost demand for goods and technologies that are now sold abroad, so that “the domestic and external markets can complement each other,” said Zhu Min, head of Tsinghua University’s National Institute of Financial Research in comments to the official English-language China Daily.

But the convoluted message has been complicated by concerns that the government might turn away from foreign trade and its policy of subsidizing exports, endangering the interests of millions of workers and exporting firms.

At a time of trade tensions, talk of decoupling and rising risk that supply chains may be shattered, official analysts have stressed that China has no intention of burning its bridges to the West.

The concerns have given rise to a host of vague explanations of what Xi’s new economic strategy is and, even more insistently, what it is not.

“Dual circulation does not mean seclusion under the domestic circulation model, but instead emphasizes further opening up of the economy and bolstering ties with other nations,” said Wang Changlin, president of the Academy of Macroeconomic Research at the National Development and Reform Commission (NDRC), China Daily reported.

“In times of economic globalization, no country or region can afford to pursue development with its doors closed,” Wang reassured.

While the policy focuses on developing domestic demand, “it does not mean China will rely less on global integration,” he said.

“The emphasis on domestic development does not mean China will withdraw from the international division of labor, nor does it mark a shift away from its opening-up orientation,” CITIC said in a research note.

Somewhat less clearly, Zhu argued that dual circulation “is not a concept focused on demand.”

“Instead, the core of the dual circulation pattern lies in smoothening business exchanges both within the domestic market and with international markets, with the items exchanged set to expand from commodities to resources, information, technology, and ‘everything,'” Zhu was quoted as saying.

Despite such opaque interpretations, a more definitive understanding of dual circulation may be needed because Xi’s reformulated economic policy is likely to remain in force for some time.

The strategy “is expected to serve as the policy framework of the upcoming 14th Five-Year Plan (2021-2025),” the China Daily report said.

An outline of the plan may emerge from the fifth plenary session of the 19th Communist Party of China (CPC) Central Committee later this month in preparation for presentation in March.

Dense circumlocutions can be expected with the goal of turning dual circulation into an economic mantra to be echoed repeatedly, casting Xi in the role of the thought leader who will guide China’s course for decades to come.

Few may understand what dual circulation is all about, but the political mystification will elevate the new slogan and persuade Xi’s adherents that a superior intellect is in charge.

At least one major task of the concept is to point a way forward through adverse economic conditions that China can only partially control.

At its core, the dual circulation strategy is a reaction to growing conflicts with the United States and doors that appear to be closing to the flows of technology and trade.

“I think it’s … a new label for the new reality,” Gary Hufbauer, senior fellow at the Peterson Institute for International Economics in Washington, told RFA in August.

“China will do its best to increase trade and investment with countries other than the United States, but the pandemic plus widespread skepticism of Chinese investment will slow those efforts,” Hufbauer said.

One openly acknowledged reason for the policy is that China can no longer rely heavily on trade to spur economic growth.

“The contribution of China’s exports to GDP dropped from 35.4 percent in 2006 to 17.4 percent in 2019, and the number will keep falling gradually,” said Lin Yifu, honorary dean of Peking University’s National School of Development.

In another China Daily report, Lin portrayed the shrinking share as a consequence of the rising contribution of the service sector rather than competition from other countries or concerns about China as a supplier.

Less overtly, China’s continued emphasis on opening-up can be linked to many of the same objectives of Xi’s earlier “Made in China 2025” initiative, which stirred international resistance to its goal of gaining global dominance over technologies including robotics and artificial intelligence.

China’s advisers have lumped together the controversial push for technological dominance with the benefits of supplying its energy needs.

“During the process of development, China needs natural resources and technologies abroad. This will become an important growth driver for other countries,” Lin said.

For others, the task is to complete supply chains at home rather than providing only some of the links for chains to markets abroad.

“China still has weak links in technology as well as its industrial and supply chains, while circulation in the financial sector and the real economy is not sufficiently smooth,” said Wang Yiming, former deputy director of the State Council’s Development Research Center, cited by Xinhua.

China’s analysts have identified another critical task for the new policy, to replace pre-pandemic targets for gross domestic product growth with more meaningful and attainable goals.

In yet another China Daily analysis, Renmin University’s president, Liu Wei, argued that it is still “entirely possible” to achieve the goal of building “a moderately prosperous society in all respects” under the 13th Five-Year Plan, which ends in 2020, although perhaps not with the customary numerical focus on GDP.

“The goal is not a quantitative indicator of GDP, but more importantly, a quality-based indicator, which includes (economic) structural upgrading, coordinated development, innovative-driven growth and productivity improvements in all aspects,” Liu said.

But such clarity is soon lost in the weeds of explaining the new dual-circulation strategy, which is nothing if not circular.

“On the one hand, (expanded domestic) demand will drive supply, and truly forms an effective supply that adapts to market demand. On the other hand, the supply opens the door for demand, where an efficient supply really opens up more market demand,” he said.