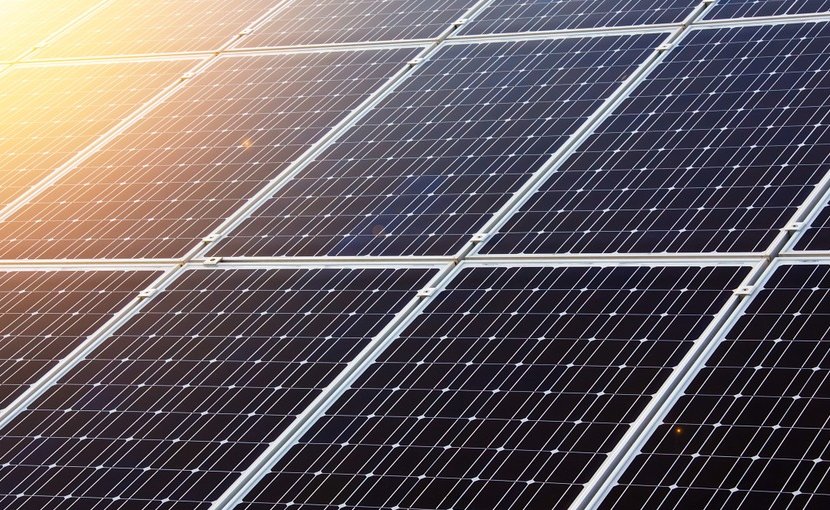 During the cantankerous September 29 presidential “debate,” candidate Joe Biden proclaimed “I am the Democratic Party.” He is in charge, he insisted, and his views will be Democrat policy. Others aren’t so sure – about that, about what his views actually are, or about how far to the left he would be pushed, prodded and pressured by Kamala Harris, AOC, Bernie Sanders, Nancy Pelosi, Chuck Schumer, Antifa mobs, and coastal and blue city governing, academic and technology elites.

Like Nancy Pelosi on ObamaCare, he wants us to vote for him, so we can find out what his positions are.

When he’s in California or Manhattan, he says he’ll ban fracking – which he claims to support when he’s in Ohio and Pennsylvania, where he needs rural and blue-collar voters who support and benefit greatly from this amazing technology. However, Mr. Biden does say he will put controlling Earth’s climate at the center of US foreign policy. So he strongly supports the Green New Deal (GND), which would completely replace fossil fuels with “clean, green” electricity and biofuel energy by 2035.

GND proponents want us to believe this can be done quickly, easily, affordably, ecologically, sustainably and painlessly – almost with the wave of a magic wand. Not a chance. Those in power would undoubtedly protect their privileged status. But the GND would control and pummel the jobs, lives, living standards, savings, personal choices and ecological heritage of rural, poor, minority, elderly and working classes.

But our nation’s abundant coal, oil, natural gas and petroleum liquids provide over 80% of the energy that makes America’s jobs, lives and living standards possible. Locking them in the ground would have far-reaching impacts that are far less apparent, and have (deliberately?) received little media attention.

In 2018, America’s fossil fuels generated about 2.7 billion megawatt-hours (MWh) of electricity. But almost two-thirds of the nation’s non-exported natural gas served industrial, commercial and residential needs – including factories, hospital emergency power systems, and furnaces, ovens, stoves and hot water heaters in restaurants and tens of millions of US homes. That’s equivalent to another 2.7 billion MWh.

The nation’s 65 million cars, light trucks, buses, semi-trailers, motor homes, tractors, backhoes and other vehicles consumed the gasoline and diesel equivalent of yet another 2 billion MWh.

Altogether, that’s nearly 7.5 billion MWh that the Green New Deal would have to replace by 2035!

The GND would turn our Midlands – what elites denigrate as flyover country – into vast energy colonies. Millions of acres of farmland, wildlife habitat and scenic areas would be blanketed by industrial wind, solar and battery facilities, and power lines to electricity-hungry towns and cities. Windswept ocean vistas and sea lanes would be plagued by towering turbines. Birds, bats and other wildlife would disappear.

With mining still under assault in the USA, the metals, minerals, components and equipment would come mostly from China or Chinese companies in Africa, using vast quantities of fossil fuels, under minimal to nonexistent environmental, workplace safety, fair wage and child labor laws. This smells of slavery and racism – making us complicit in perpetuating it, and making it increasingly difficult for the United States to criticize or challenge China on human rights, pollution, military aggression or territorial expansion.

The GND would also mean ripping out, and throwing out, the natural gas appliances you now have, replacing them with electric models, and installing rapid charging systems for your cars. That will mean upgrading household, neighborhood and national electrical systems, to handle the extra loads.

Oil and natural gas are also feed stocks for pharmaceuticals, cosmetics, paints, synthetic fibers, fertilizers … and plastics for computers, wind turbine blades, solar panel films and countless other products. Under the GND, we’d have to shut down those US-based industries, import feed stocks for them, or turn hundreds of millions of acres into biofuel plantations.

Up to 10 million high-pay petroleum, petrochemical and manufacturing jobs would be lost – with many replaced by low-pay, temporary or short-term jobs hauling, installing, maintaining, dismantling and landfilling wind turbines, solar panels and batteries. The GND would cost tens of trillions of dollars!

GND ringleader California wants the entire country to emulate its policies. Its families and businesses already pay the highest electricity prices in the continental USA – and are getting hammered repeatedly by blackouts. Now the state has mandated electric cars, cooking and heating. No more natural gas. How its legislators expect to generate all that extra electricity and avoid more blackouts, no one knows.

Get used to having electricity when it’s available, rather than when you need it, however “essential” your business services or family needs might be. How you will survive, whether your job will disappear, whether you will join the ranks of those who must choose between heating and eating, is anyone’s guess.

A week of cloudy weather will really reduce solar output – and wind turbines generate roughly zero electricity on the hottest and most frigid days. Be careful where you live or need to recharge your EV.

As to all those electric vehicles, a basic $39,000 Model 3 Tesla sedan has a battery module that weighs some 1,200 pounds and gets around 250 miles on a charge. Just don’t use the heater or AC, don’t take long family trips, and don’t get caught in a blizzard, or a traffic jam trying to escape a roaring forest fire.

How many tons of batteries a bus, semi-truck or mining excavator would require, where you’d put them, and how many hours a day you’d waste recharging them, are other important considerations. Perhaps Mr. Biden or Ms. Ocasio-Cortez has the answers.

The Obama Administration sent a heavily armed SWAT team into Gibson Guitar offices over a phony Endangered Species Act violation. Democrats refuse to condemn BLM and Antifa mob violence, arson and looting. How a Biden-Harris-AOC Deep State and its allies might respond to organized or even spontaneous resistance to Green New Deal dictates and impacts is pretty easy to imagine. So is their response to cities, counties and states declaring themselves “sanctuaries” to GND or gun control decrees.

Keep in mind, too: This entire GND energy, economic and living standards “transformation” is being justified by claims that we face a “climate emergency” and “ongoing ravages of climate change.”

It’s all a gigantic Climate Hustle. There is no climate emergency. Humans cannot control Earth’s climate and weather. Fossil fuel emissions have negligible effects. Carbon dioxide is not a pollutant; it is the miracle molecule that makes plant, human and animal life possible. Climate change and extreme weather have been “real” throughout history. What we are seeing today is in no way unprecedented.

Green New Dealers would bring us, our country and our planet enormous pain for no gain – except that they would get more money, power and control.

The article Your Life Under The Green New Deal – OpEd appeared first on Eurasia Review.