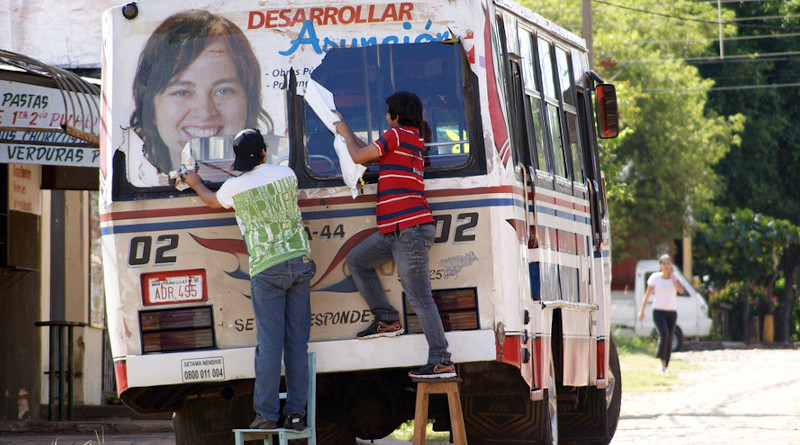 Landlocked, hit by wildfires, engulfed in a prolonged rainfall shortage and drought; with its people succumbed into malnourishment, the Republic of Paraguay under the leadership of Mario Abdo Benítez is confronted with an overwhelming number of middle income families that have miserably slipped into extreme poverty and has garnered a negative image in the region and throughout the world as a consequence of the corrupt justice system with discredited Supreme Court Judges, violation of human rights and chaotic execution of Paraguay’s foreign affairs policy. President Abdo Benitez has shown poor leadership as his administration scrambled to implement a clumsy strategy that has fallen woefully short in its duty to accomplish equal employment opportunities, improve public works, fight corruption and keep his campaign promises for economic growth and encourage a transparent judiciary. [1]

On September 2, 2020, Lilian Mariana Villalba and María Carmen Villalba, of Argentinean nationality, were both 11 years old when killed by members of Paraguay’s Joined Task Force (FTC) in Yby Yaú (northern Paraguay). [2] Once again FTC, a military division of Paraguayan Armed Forces, has shown a total fiasco in its pursuit of bringing members of self-declared Paraguayan People’s Army before justice.  According to various sources the two girls were captured alive, tortured, executed, and they were allegedly dressed in a military uniform after being executed. [3]   Due to these atrocious acts, the Regional Office of UN High Commissioner for Human Rights, has requested President Abdo Benitez’s Government to urgently investigate the killing of the two Argentinean girls. [4]

These reckless acts, committed by FTC, have caused a deeply ingrained crisis in Asuncion’s bilateral relations with Buenos Aires; various members of the Argentine National Congress, at the Chamber of Deputies, have requested a thorough forensic investigation of the two victims, while the Paraguayan president ordered the girls’ immediate interring right after their chilling execution. [5]

On Wednesday, September 9, 2020, Mr. Óscar Denis, 74 years old, former vice-president of Paraguay (2012-2013), was kidnapped, together with his driver Adelio Mendoza [6], by the self-proclaimed Paraguayan People’s Army rebel group. Mr. Denis is believed to be dead as he was an insulin dependent and suffered from heart disease. Oscar Denis was kidnapped while working in his farm, located six miles from Yby Yaú, the site where the two Argentinian girls were killed. On Monday September 14, Adelio Mendoza was liberated by his abductors. [7]

The current physical state of Mr. Denis – still abducted – is kept under a mysterious veil of silence, while President Abdo is hushing political corridors because an impeachment could dwindle his presidency – for the second time  – and even send him to Chaco – PY. [8]

Benitez’s foreign policy implementation and Paraguay’s deteriorated image abroad are also affected by a high level of corruption in the Supreme Court of Justice (CSJ), its president Alberto Joaquín Martínez Simón who was involved in a weapons’ trafficking scheme [9] recently; and by Minister Federico Alberto González Franco, the president’s International Affairs adviser who tried to cover up the killing of the two Argentinean girls.

Venezuela is another sad chapter in Paraguay’s Foreign Policy; on January 10, 2019 President Mario Abdo Benitez announced the termination of diplomatic relations with Venezuela and ordered the closure of Paraguayan Embassy in Caracas. [11] These actions were taken immediately after President Nicolás Maduro Moros was elected for a new term. [12]

Later on Abdo Benitez (April 30, 2019), called upon “the brave people of Venezuela to rise and defend democracy”, while more than four hundred thousand Paraguayan citizens succumbed into poverty, on top of over two million citizens already living in dire economic distress for decades and Asuncion’s democracy has sunk into an abysmal moral degeneration. [13]

Various international economists have elaborated on Mr. Abdo’s administration hampering the development of a sustainable democracy, allowing for corruption to proliferate.  For over two years the Paraguayan President has not shown any proclivity to reduce poverty levels in his country; reflects a disturbing logic of Foreign Policy tenets and is only focused on amassing personal wealth at the detriment of his countrymen.  While Benitez heavily criticizes Venezuela, Asuncion today is perhaps even worse than Caracas.  Under these circumstances rising doubts are approaching as to whether President Abdo Benitez will be able to complete his constitutional mandate anticipated to end in August 2023. [14]