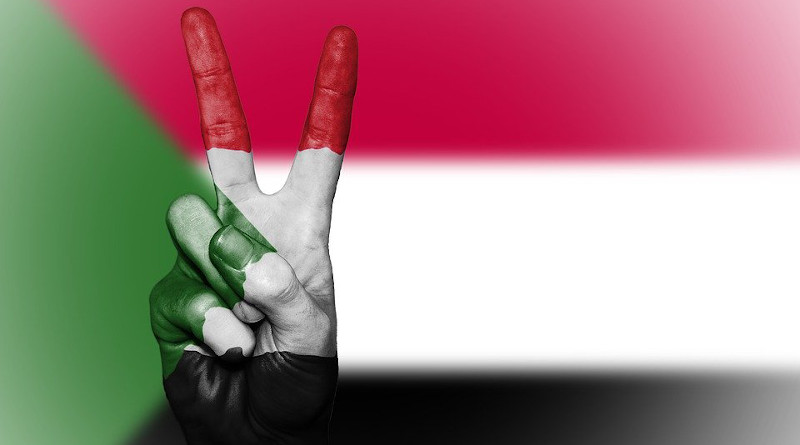 A senior Sudanese leader said Friday that his country would likely soon establish ties of some nature with Jerusalem, saying that Khartoum needed Israel and would benefit from relations.

However, Daglo said the ties would fall short of full normalization, out of solidarity with the Palestinians.

Daglo’s remarks come against the background of a United States-led efforts to pressure Sudan into normalizing ties with Israel in exchange for a commitment of financial aid and its removal from a US blacklist of state sponsors of terror; its position on the blacklist subjects it to crippling economic sanctions.

If Sudan does establish open relations with Israel, it would become the third country to make an agreement with the Jewish state in the past month. The United Arab Emirates — one of Sudan’s key patrons — and Bahrain signed normalization agreements with Israel in mid-September as part of the US-mediated Abraham Accords.

Israeli officials have long expressed a wish for better relations with Khartoum, the birthplace of the Arab League’s famous 1967 resolution against peace and normalization with Israel. The administration of US President Donald Trump, for its part, has reportedly sought to achieve another foreign policy win before the upcoming presidential elections in November.

Negotiations held in Abu Dhabi last week seeking a breakthrough on normalization seemingly bore little fruit. The Sudanese delegation, led by head of state Gen. Abdel Fattah al-Burhan, called the talks “frank and honest” but did not elaborate on their content.

Daglo is al-Burhan’s deputy — one of the most powerful and feared figures in Sudan. Since 2013, he has commanded a paramilitary group known as the Rapid Support Forces: a coalition of militias known as Janjaweed, who became internationally notorious for their complicity in the genocide in Darfur.

Daglo’s comments, however, could indicate that it is still possible that Sudan might establish open ties with Israel in the coming days.  Daglo said that it was clear to the Sudanese leadership that exiting the US State Sponsors of Terror list was conditional on establishing ties with Israel.

But he suggested that ultimately Sudan would have to think of its own “pockets,” given the difficult economic situation in the country. “Whatever the interest of Sudan is, we shall pursue it,” Daglo vowed.

While declining to call open relations with Israel “normalization,” Daglo told Sudan24 that Sudan would benefit from ties with the Jewish state.

“We’re not talking about normalization. We’re talking about relations. And these are relations from which we will benefit; this will be done with the consent and consultation of all parties,” Daglo said.

The interviewer asked Daglo how he planned to overcome the insistence by civilian government officials, including Sudanese Prime Minister Abdullah Hamdok, that the transitional government did not have a mandate to normalize with Israel.

“There are some political factions which…” the interviewer said, before Daglo interrupted him.

Daglo’s comments could indicate a serious split between the military and civilian players in Sudan’s fragile transitional government.

In 2019, millions of Sudanese citizens demonstrated in the streets against the 30-year-long reign of dictator Omar al-Bashir. After months of protest and attempts by security forces to quell the protests, al-Bashir’s government finally collapsed.

In the aftermath, a transitional Sovereignty Council comprising both military veterans and civilian revolutionaries took charge of the country. Al-Burhan is set to lead the council until 2021, when a civilian is expected to take his place.

Al-Burhan’s civilian counterpart, Abdalla Hamdok, has been considerably more hesitant to normalize. Hamdok has repeatedly insisted that his government does not have a mandate to negotiate relations with Israel.

The question of normalization, Hamdok said at a press conference in Khartoum in August, required “a deep discussion [in Sudan’s] society.”

The article Top Official Says Sudan Will Have ‘Relations’ With Israel Short Of Normalization appeared first on Eurasia Review.