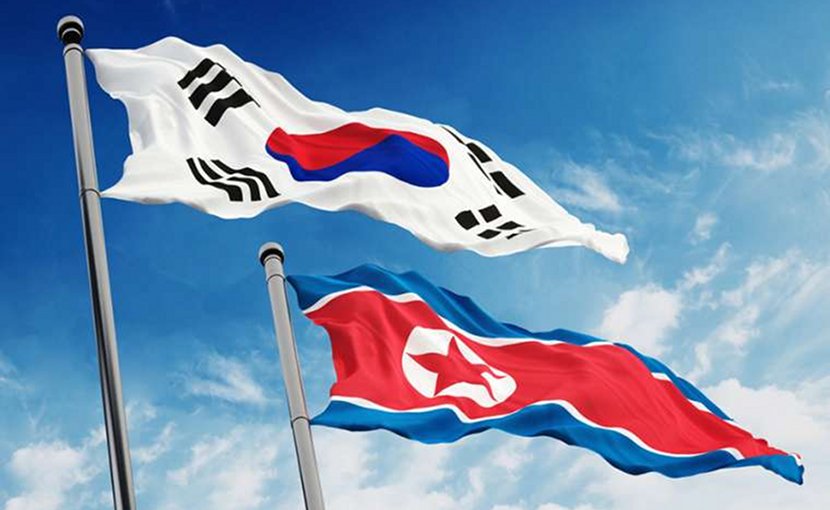 Very interesting and surprising geopolitical changes are coming to the Korean Peninsula. The dramatic and twisted change may offer the best scenario one can hope for the sake of the region’s stability at this juncture. The two Koreas can switch their political identities so that the North becomes a US ally, while the South leans toward China; the two Koreas lock up their border and remain sovereign states with elements of competition, until time for unification can ripen in the future. This, in fact, is what we are witnessing now.

The consistent North Korean position for inter-Korean relations is that Pyongyang wants to maintain its status quo and no change. They think they are the boss.

How does North Korea view the US and South Korea? North Korea views the US as an outsider against whom to defend their sovereignty but views South Korea as an insider to absorb and assimilate. Thus, while the Korean War (1950-1953) was a post-WWII multinational struggle for geopolitical power, North Korea saw it as the opportunity for a “turf war” with South Korea and jumped in. North Korea has not since changed their views.

How does South Korea view North Korea? There is a split. The Conservative South Koreans view the Communists in the North are illegitimate occupants, although South Korea has never planned to drive them out by force or military means. The Conservatives oppose a unified Korea with the North’s ruling elite. Rather, they think that the North’s regime would collapse due to economic failure and after that, an opportunity for unification would naturally arise.

The Leftist South Koreans, on the other hand, want to open up the border and embrace the North as their kin. They want to save the North’s regime with massive economic support and engage in all levels of inter-Korean activity with the North.

North Korea’s vested interest in the nuclear weapons program needs to be understood from this perspective. The ultimate goal of their nuclear program is to build strong and effective ICBMs capable of reaching American soil, so that they can hold American cities as their nuclear hostage. North Korea believes that such capabilities are necessary to force the US to stay away from Korea, on one hand, and to make South Korea surrender under the ruling of the Communist Party, on the other hand. Surely, the regime’s nuclear program serves domestic political interests also, as dictators need to keep the populace on edge.

Does life go as one planned? Two major changes in South Korea over the years put North Korea in limbo, however. South Korea has outrun North Korea socioeconomically; and the pro-Beijing Leftists have infiltrated all areas of the South Korean society, from government offices to schools to military barracks. While having to fight perennial poverty, North Korea is incapable of forcing the US to give up South Korea. Furthermore, North Korea sees China Janus-faced. Pyongyang has to deal with a different face of Beijing through the South Korean government. That is an unforeseen bump on the road.

South Korea’s economy is 50 times the size of North Korea’s. The South Korean pop culture has attracted international audiences and many youths in Pyongyang have become their admirers. The ever-widening gap between the two Koreas makes open inter-Korean relations challenging and disadvantageous for North Korea. The leaders of North Korea know that any form of formal unification process will result in the absorption of the North into the socioeconomic black hole of the South. North Korea needs to keep distance from South Korea.

Furthermore, South Korea has leaned heavily toward China, away from the US. China has so deeply infiltrated the South Korean politics that Seoul serves as Beijing’s mouthpiece. This is bad for North Korea. If Seoul and Pyongyang are both under Beijing’s influence, the Chinese Communist Party will certainly prefer the (docile) South over the (contentious) North to lead a unified Korea. How can that help North Korea keep its status quo?

It is ironic that North Korea can’t help breaking off inter-Korean relations with South Korea, even though unification is the ultimate purpose of their nuclear weapons and South Korea is now under the control of the leftwing politicians, who welcome the North Korean regime.

North Korea’s nuclear program has become a two-edged sword because costly nuclear weapons have gnawed at their economy. Pyongyang has failed miserably in economic reform and is unable to rebound on its own without external help. If the current level of economic sanctions against Pyongyang continues, no doubt North Korea will collapse very soon.

North Korea must seek short-term financial relief and must plan long-term economic reform. Where do they get help? North Korea knows they cannot depend on China. Beijing’s influence is rapidly diminishing under the flares of the current US-China tension. Dancing with South Korea is like moths flying to a flame. It is a no-brainer that North Korea has to turn to the US for help. “To be or not to be,” that is the question.

A Win-Win Move for the US and North Korea

To take the American hand is the best strategic move for North Korea now, and that will help catch two birds with one stone. If North Korea switches the camps and joins Washington, they not only can keep a natural distance from the Beijing-controlled South Korean government but will gain substantial economic benefit from the US.

North Korea has nothing to lose by taking down its nuclear program. In the current geopolitical situation, the US gains nothing by harming North Korea by any physical means. Rather, the US will gain much from “buying” North Korea’s existing military infrastructure and securing the region’s stability, while helping North Korea build its economy to a level comparable to South Korea’s.

The question is how to “ensure the regime’s security” that North Korea repeatedly asked for as a condition for giving up their nuclear weapons. But that depends on how to interpret it and who the ruling elite thinks really “owns” the regime. If it means protection of the ruling elite’s status quo, the North Korean leaders have to work out their domestic issues, current or potential, while the US offers help for their protection from external threats. An excellent deal for both.

It appears that things are going in the desired direction. North Korea has shown remarkable changes and significant steps toward national reform since April this year when Kim Jong Un was reportedly “dead or incapacitated” (US Sen. Lindsey Graham).

The outcome will be good also for South Korea. After North Korea becomes a US ally, inter-Korean talks toward unification can assuredly proceed in peaceful terms. North Korea needs time for transformation and will want the “Korean Wall” to remain locked. The closed inter-Korean relations should give the South Koreans the opportunity to think twice about the illusion of unification and its political exploitation.

Signs of the Pole Shift

Many latest signs indicate that the geopolitical pole has indeed begun to shift. Pyongyang has started paving a way to align with Washington and break off inter-Korean relations with Seoul. But Beijing has increased its influence on the South Korean politics, rigging the elections and meddling with the legislature. South Korea is becoming another ethnic province of China under Beijing’s control.

In June, North Korea blasted off the Inter-Korean Cooperation Center building inside the Kaesong Industrial Complex, without notice to the South Korean government. That shocked the South Korean leaders and forced the Unification Minister to resign. But that is a solid sign that North Korea has been prepared to sever all inter-Korean relations with South Korea.

In September, a South Korean who drifted near the maritime border with North Korea was shot dead by North Korean authorities and his body was set on fire and disposed improperly, without any notice to the South Korean government. This unfortunate incident has drawn heavy public criticism. But North Korea’s action appears consistent with their determination that Pyongyang wants to keep the Korean Wall high to force out all uninvited interactions with the Beijing-controlled zombie government of South Korea.

In July, the Mayor of Seoul Park Won-soon died in suspicious circumstances. His death was officially ruled a suicide and was quickly cremated without an autopsy. But intelligence reports from an NGO say that he was murdered following an order from Pyongyang. The case involved complex political interests and merits another full-length report. But in a nutshell, his deep ties with Beijing prompted his death. He was the most promising presidential candidate for 2022, and Pyongyang wanted to curb Beijing’s influence in the South Korean politics.

In August, North Korea’s state newspaper Rodongshinmun featured an eye-opening article that warns about the danger of a dictatorship and a totalitarian society. Subsequent news reports focused on activities of high-ranking officials on the front page and moved news about Kim Jong Un to its fourth page. The implications are very clear.

On the other hand, the Beijing-controlled South Korean government has relentlessly pushed for Communist legislation and policy for its citizens. South Korea has taken similar steps as Hong Kong’s recent transformation under Beijing’s repressive policy. South Korea will suffer from limited freedoms, state-controlled media, arrests and restrictions on mass protests, widespread corruptions and white-collar crime, and a shrinking economy. However, the presence of the US military for the UN Command will give the South Korean Conservatives breathing room and comfort and will act as the last barrier to South Korea’s full transition to a Communist state.

Can this pole shift be the outcome of well-planned geopolitical engineering? I will leave the question with the readers.

*Max S. Kim received his PhD in cognitive science from Brandeis University and taught at the University of Washington and the State University of New York at Albany. Besides his own field of profession, he occasionally writes on regional affairs of the East Asia, including the two Koreas.