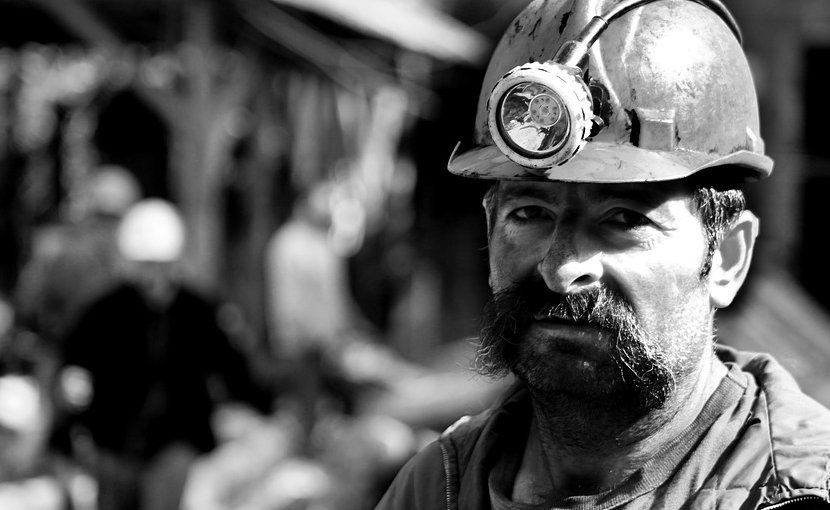 I’m going to make a bold prediction based (admittedly on a small sampling):  Trump has lost support among his non-college educated white base — or at least enough of it that he’s toast in a blue-collar working-class and rural state like Pennsylvania and probably Michigan and Ohio too.

I’ll admit that I haven’t been to those latter two states in ages, but there’s not much difference between a city like Flint, Michigan that has lost its auto industry or Youngstown, Ohio that’s lost its steel industry,  and Scranton, Pennsylvania that has lost its coal industry,  in terms of the frustrated and angry white workers who populate these areas and who voted for Trump overwhelmingly in 2016. Both places also are similar in having a significant and growing minority populations and increasingly integrated suburban regions that have watered down the racism that is Trump’s go-to vote motivator.

I was nervous when we made our first trip since the Pandemic from our home in exurban Upper Dublin outside Philadelphia to Fishs Eddy, the town near the Pennsylvania/New York border where we have for 36 years owned a former church and rectory we bought in 1984 for less than $20,000, and that we have spend the years since trying to rescue from collapse and fix up. I worried that the largely Republican population in that region might be ignoring basic safety precautions to minimize the risk of Covid-19 contagion, given Trump’s aggressive dismissal of mask wearing and social distancing guidelines.

So I was pleasantly surprised, on going into Bisbee’s, the local family-owned hardware store in neighboring Hancock, to find everyone — the staff and customers — wearing masks.  A local Sunoco minimart with a counter and two adjacent tables with benches to seat four customers each had one table taped off with a sign saying “Covid rules.” And at the popular local eatery, the Circle E Diner in Hancock, masks were ubiquitous.

Interestingly, the little village of Fishs Eddy has not had a single case of Coronavirus infection, and according to a state dashboard, even the much larger Delaware County that encompasses our town and that includes the entire watershed of the Delaware River, has only recorded about 100 cases and four deaths. One might think that under such circumstances, especially in a region where virtually all local elected officials are Republican, often running for election without an opponent, there would be a lot of people calling the Pandemic a hoax and being critics of Covid-19 safety rules, but in fact, people up here take it seriously.

To reach the bridge that brings us from Pennsylvania across the West Branch of the Delaware River into Hancock, NY, the nearest town to Fishs Eddy, which is located six miles upstream on the East Branch stream, we have to drive on secondary roads for some 40 miles from the I-81 interstate highway in Scranton through gritty towns like Carbondale and Forest City — old mining towns where the anthracite coal seams reached by tunneling long ago ceased to be economically viable.

I remember traveling those roads in the summer and fall of 2016 and seeing not just a sea of Trump signs, and no signs for Democratic presidential candidate Hillary Clinton, but also a number of big lawn signs saying “Lock her up!”  This was all angry and in-your-face Trump country back then, and indeed, its voters contributed to Hillary Clinton’s stunning loss of the normally “blue” Pennsylvania — and to her loss of the national election to Trump.

This time, you still see more Trump signs along the rural roads, but I only counted about 20 of these in the course of a 40-mile drive. Moreover, I also noticed a few prominently placed Biden or Biden/Harris signs. Clearly not only were supporters of the Democratic presidential candidate willing to publicly advertise their preference, but their signs were not being stolen or defaced at night.  There were no anti-Biden signs as there were for Clinton four years earlier.

That’s a huge shift in attitude.  In some places I saw adjacent properties with Trump and Biden signs — something I never saw in that area during the 2016 election.

It could be that Trump, who has spent nearly his entire presidential term trying to destroy the Affordable Care Act, undermined Medicaid, the public health care program for low-income families, and reduce or end supplemental funding for unemployment benefits — all of which programs are critical  supports for many people living in northeastern Pennsylvania and in the economically struggling Catskill region of upstate New York — has lost a lot of the voters whose bitterness at what they perceived as the elitism of the Clintons fueled his victory in 2016.

In the real world of massive and unprecedented joblessness, a shredded social safety net, and the loss or threat of a loss of health insurance during what everyone knows is a deadly pandemic that has killed over 210,000 Americans in just 8 months, people are losing interest in Trump’s egotistical boasts about being America’s greatest president, or in his ludicrous warnings about Democrats “coming for your 2nd Amendment” or about “antifa,” that fantasy “organization” he says will “destroy the suburbs.”  (There are no suburbs between Scranton, PA and Middletown, NY about 100 miles to the east; just small towns.)

So as uninspiring as Biden is, as milquetoast and doddering as he appeared in the debate, with the exception of a few brief bursts of anger, I suspect that up in this supposed hot-spot of one-time Trump fervor in northeastern PA and in New York’s Delaware County across the river, the 2020 vote for Trump will be way down from where it was in 2016. It could well be that there won’t be many conversions to Biden voters among the Trump defectors up there, but there could be quite a few of them who will be sitting this election out.

If I’m right, Pennsylvania, the state I live in, will be giving its 20 electoral votes to Biden. So too will Michigan and Wisconsin and probably Ohio. I cannot offer any predictions about Arizona, Texas, Iowa, Florida or North Carolina — those other “swing states” that Trump won big four years ago but where things are now too close to call in the polls. But recalling that many of the union workers who used to labor in the Youngstown steel mills, the Flint auto industry plants and the Scranton/Wilkes-Barre coal mines moved down to the sunbelt states of Florida, Arizona and North Carolina , or maybe even Texas, perhaps we can even guess that the support for Trump in those states has also waned significantly.

I’m no fan of Biden or the Democratic Party. I have no illusion that a shift in power in Washington from Trumpian Republican to Democratic control, even if this election produces a narrow Democratic majority in the Senate as well as the House, will make that big a difference in addressing the big problems with the US. A Biden White House and a Democratic Congress are not going to significantly reduce the US’s obscenely huge military budget or US imperial policies around the globe. Climate change may finally be accepted as real, but the likelihood of significant policies being put in place to slow it is low. We won’t have White House cheerleading for white supremacist thugs, or unidentified federal stormtroopers surged into cities facing protests, but institutional racism and racist policing will continue as they did through the Obama/Biden years, and the National Security State will continue to grow and spread its monitoring of our lives and activities  ever more deeply, as it did under the prior administration.

But at least a Biden win will eliminate the threat of a fascist takeover of the US over the next four years — a threat that’s been feeling terribly real. The challenge, when the Trump nightmare ends, will be to for progressives to keep fighting for real radical change in the US:  a slashing of the military budget, and end to a policy of endless war, and a genuine shift to a non-carbon-based economy based upon endless growth, and a collapsing of the income and wealth-gap.

What cannot be allowed to happen is what happened in the heady days after Obama won election as the first black American president, as progressives basically sat back and allowed him to compromise on all the things he promised in his campaign of “Hope and Change,”  instead of fighting for them.

Hopefully a Biden win won’t be a repeat. He is the antithesis of an inspirational candidate. A lifelong corporate servant, his whole campaign has been that he is not Trump, and that he’s not going to rock the boat with bold progressive or “socialist” programs (like universal Medicare or a Green New Deal). Progressives have other bolder ideas, and they’ll need to hold both his feet and those of  his equally pro-corporate and cold war Congressional backers to the fire to make any progress on realizing them.