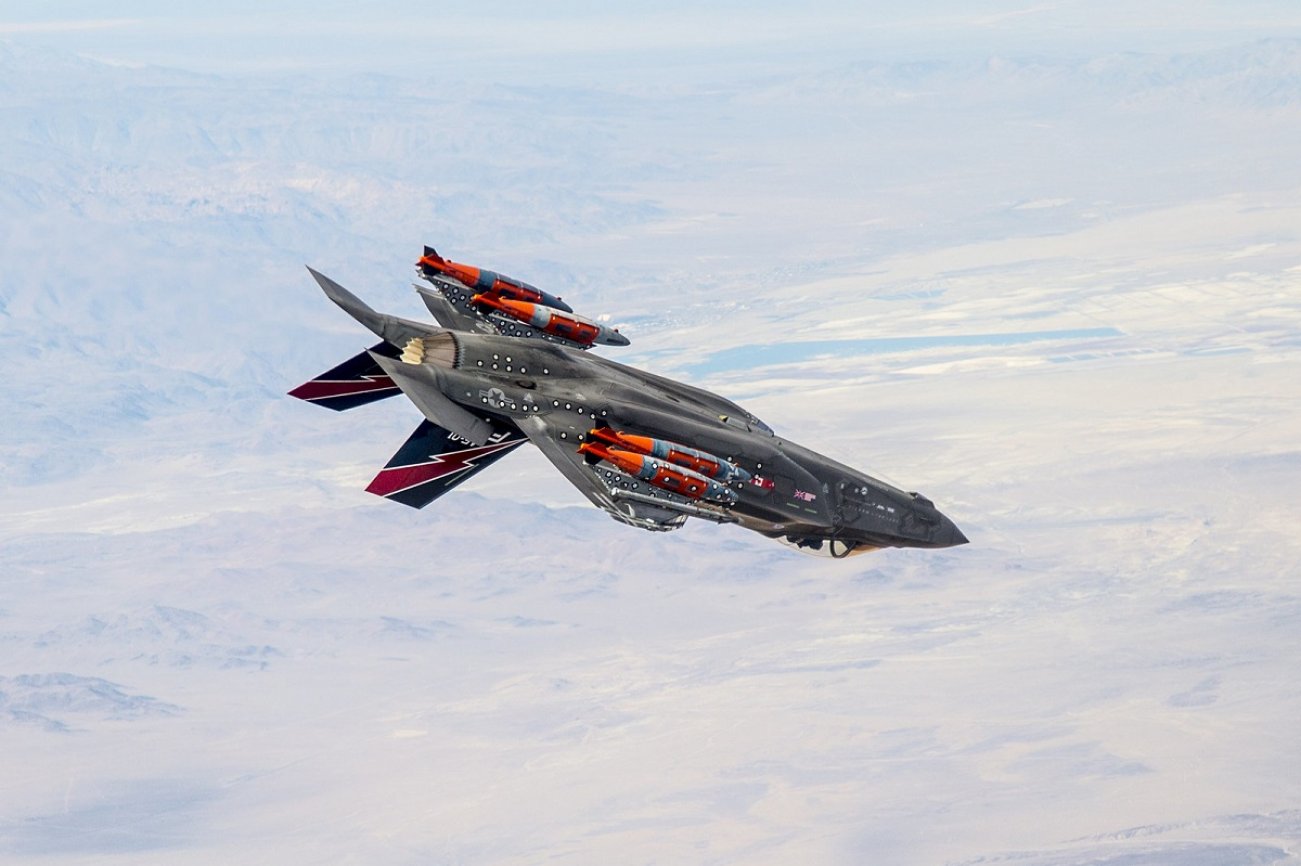 “We were able to pass ground targets to the F-35 so the F-35 could “effect” those targets, and we were able to pass target information from an F-35 to ground units so we could deliver effective fires in support of their efforts,” Brig. Gen. Ross Coffman, Director, Next Generation Combat Vehicle Cross-Functional Team, Army Futures Command, told reporters in Yuma, Ariz. during Project Convergence 2020.

Yuma Proving Grounds, Arizona – An advancing infantry unit breaks through a thick wall of enemy fighters when suddenly, while under heavy fire, soldiers on the ground receive incoming targeting data from an overhead F-35 showing that their unit will soon encounter a massive, mechanized force of enemy armored vehicles.

Moving quickly with little heavy fire support, the advancing Infantry Brigade Combat Team realizes it should await air and ground reinforcements before moving to “close with the enemy” at the next phase of the assault.  The ground unit is then able to send intelligence details related to the enemy force up to the F-35, which then drops precision-guided bombs onto the enemy formations. Using its web of integrated sensors, the F-35 is able to synthesize ground navigation details with targeting intelligence received from Army units to perform Close-Air-Support, firing air-to-ground missiles and even its 25mm cannon at opposing forces to clear the way for a continued ground assault.

The kind of potential scenario, wherein air-ground intelligence, surveillance and weapons-related specifics of great tactical relevance are shared between ground units and an F-35, could optimize targeting, data-networking and previously impossible tactical methods of attack.  This integration has long been a goal for Pentagon, Army and Air Force weapons developers pursuing Multi-Domain Operations. Now… it is a reality.

During a massive Army live-fire event called Project Convergence 2020 at Yuma Proving Grounds, Ariz., Marine Corps F-35Bs networked with Army ground soldiers as part of an experiment to advance Multi-Domain, joint tactics on the tactical edge, to a new level.

“We were able to pass ground targets to the F-35 so the F-35 could “effect” those targets, and we were able to pass target information from an F-35 to ground units so we could deliver effective fires in support of their efforts,” Brig. Gen. Ross Coffman, Director, Next Generation Combat Vehicle Cross-Functional Team, Army Futures Command, told reporters in Yuma, Ariz. during Project Convergence 2020.

While the F-35 is a 5th-Gen multi-role fighter armed for air-to-air combat and many key missions intended to ensure air supremacy, the military services continue to uncover new tactical advantages potentially offered by the F-35 for a high-tech battlefield. Of course, its drone-like ISR capabilities are known, advancements in areas of AI-enabled targeting, high-resolution, long-range sensors and navigational systems bring new added tactical benefits to the F-35’s ability to support ground forces. For example, the aircraft is fast-acquiring new data link interoperability to exchange information with otherwise separated elements of the joint force, giving it more cross-domain attack functionality.

The information exchanges are dual-path, meaning advancing ground units can utilize ground-operated radar, sensors or reconnaissance units to pass crucial data up to F-35, such as detail about hidden targets less detectable from the air. Perhaps enemy air defenses are buried beneath uneven terrain or high-value targets are only discovered by ground recon units? With air-ground connectivity advancing to new levels, an F-35 would be much better positioned to attack.

Finally, the F-35 is also, by design, increasingly being developed for Close-Air-Support; the jet does not have an A-10-like titanium armored hull or thought of as a “flying tank” per say, it can use targeting, speed, maneuverability and advanced sensors to move into positions from which it can provide close-in air fires to maneuvering units on the ground.

The experiment is generating some enthusiasm among Army weapons developers who are already planning extensive F-35 integration in next-years Project Convergence 2021.

“It’s a really huge milestone. What is even more important is that what we learned here is going to help the entire joint force and coalition force,” Coffman added.