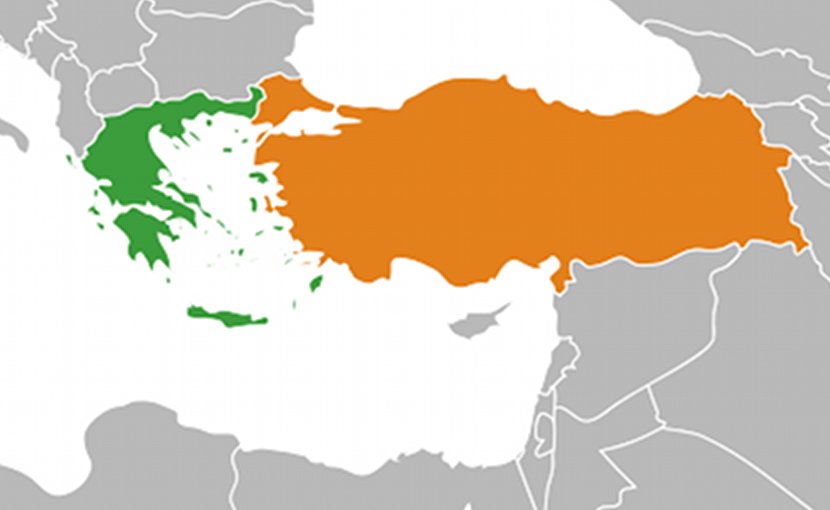 This summer has been unusually hot in Greece and Turkey, both literally and metaphorically. Months of tension brought the two sides to the brink of conflict. However, the concerted efforts of the international community, primarily the US and Germany, have averted (for now) a further escalation.

Turkey has yielded to pressure and returns to the negotiation table intent on removing the troublemaker tag from itself. Athens and Ankara have agreed to hold the 61st round of exploratory talks in a series that began in 2002 and came to a halt in 2016. Could this be a new dawn in the historically difficult Greek-Turkish relations? This is very unlikely.

First, the two sides do not agree on what the talks are about. According to Turkey’s presidential spokesman Ibrahim Kalin, the agenda includes talks to delimit their continental shelf, their exclusive economic zones (EEZ) and their airspace over the Aegean. There will also be a parallel negotiation at military level to restore confidence-building measures to avert military incidents. These talks will be sponsored by NATO, of which both are members.

Athens, however, sings from an entirely different hymn sheet. Greece maintains that the talks are about discussing the template and method that could lead to a substantial resumption of negotiations. It argues that the only difference between the two sides is the delineation of the continental shelf and the associated EEZ. All other issues raised by Turkey, including the demilitarization of Greece’s Aegean islands, is an attempt to usurp Greek sovereignty. After all, Greece argues, Turkey has violated international law by maintaining a casus belli (cause of war) against Greece since 1995 and by not countersigning the 1982 UN Convention on the Law of the Sea that could resolve the sea border dispute between the two sides. Previous attempts to let the International Court of Justice adjudicate on the matter have failed.

Second, conflict resolution talks are always premised on a minimum of mutual trust and a willingness to identify possible “win-win” areas. Trust is largely nonexistent between the two sides. Although the immediate reason for the current crisis is Turkey’s decision to send its Oruc Reis research vessel to what Athens considers its territorial waters, tensions had already risen in early 2020. In February, Turkey decided to open its borders with Greece, encouraging thousands of migrants/refugees to head west.

Athens reacted by summoning its forces to the border area, sealing it, and repelling what it framed as an “attack.” It could also count on EU solidarity, as the bloc reacted strongly to Ankara’s threats to renege on the 2016 EU-Turkey agreement on the matter. Tensions were eventually diffused, not least due to the onslaught of the coronavirus disease pandemic. The episode was, however, accompanied by a belligerent rhetoric that dashed hopes of an improvement in relations following the change of government in Athens a year ago.

Third, the two sides have been engaging, and continue to engage, in alliance-building to deter or intimidate the other side. Such behavior was common until the 1990s, but Turkey’s EU vocation and Greece’s Europeanization had allowed for a more liberal approach. Over the last few years, however, the tables have turned again and power-driven approaches have gained the upper hand. This is nowhere more evident than in Turkey’s muscular foreign policy understanding. With troops sent to several countries abroad, not least Syria and Libya, Ankara asserts the right to determine facts on the ground first and revert to diplomacy and negotiations later. Turkey has adopted a strongly militaristic approach, making efforts toward conflict resolution increasingly unlikely.

Leveling heavy accusations against supposed NATO allies such as France, Turkey finds itself diplomatically cornered. Greece, on the other hand, basks in the glory of recent alliances with the likes of Israel, Egypt and Jordan in the name of energy cooperation and the formation of a new energy hub. The creation of the East Med Gas Forum in 2019, which excludes Turkey, is a vivid illustration of this.

Greece’s diplomatic overtures extend further. By signing a maritime border agreement with Italy and, more importantly, Egypt, Athens has sought to counterbalance the earlier Turkey-Libya agreement on the eastern Mediterranean and activate its network of allies and partners. Nowhere has this been more evident than in its efforts to get this week’s EU Council summit to determine a list of possible sanctions against Turkey and thus double down on the pressure Ankara is already facing.

France, a steadfast Greek ally, has demonstrated diplomatic support in the dispute with Turkey and Athens recently secured the acquisition of 18 Rafale F3R fighter jets from Paris. Washington is also important. Secretary of State Mike Pompeo visited Cyprus and Greece this week, when he pointed to the need to resolve disputes peacefully and held no talks with the northern Cypriot leaders. Ahead of the crucial November elections in the US, every vote counts and the Greek American community is surely satisfied by Pompeo’s rhetoric and actions.

For the time being, both sides agree to talk the talk. Walking the walk, however, is an entirely different story and the prospects for genuine reconciliation are very slim.

The article Greece, Turkey Agree On Holding Talks But Little Else Beyond – OpEd appeared first on Eurasia Review.