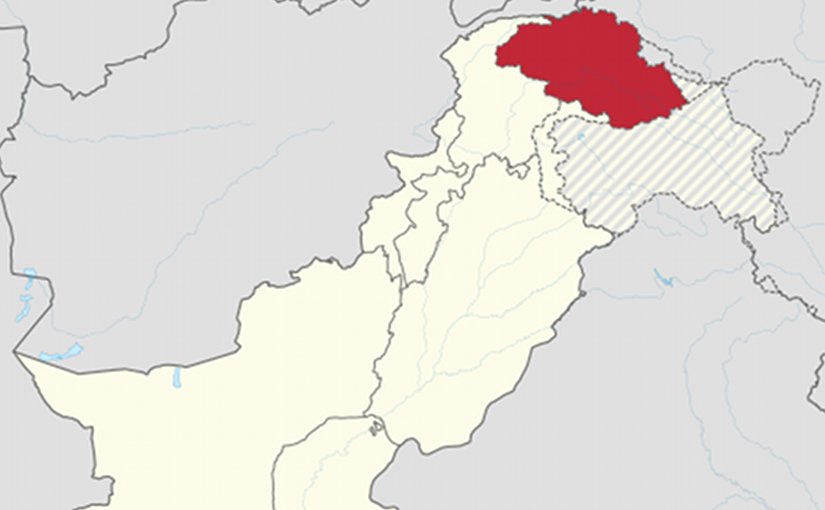 Part of the erstwhile princely state of J&K, Gilgit-Baltistan (GB) covers an area of 72,921 square km, is an unfortunate piece of land whose people have been worst affected due to what Pakistan refers to as the “unfinished agenda” of partition. Not only was GB occupied by Pakistan in 1947, but Pakistan handed over its Shaksgam Valley spread over 5,180 square km to China by Pakistan in 1963 for enabling construction of the Karakoram Highway.

A multilingual region with a rich and historical socio-cultural and ethnic diversity, GB is surrounded by the Hindu Kush and the Karakoram mountains and has a population of 1.8 million and its location is unique. In addition to India and Pakistan, GB shares its borders with Afghanistan and China. It is rich in natural resources which have been exploited by Pakistan, but successive governments have failed to use part of this income generated for the development of the area or upliftment of its residents.

For the last few years, GB has remained frequently in news since the much touted USD 46 billion China-Pakistan Economic Corridor (CPEC) connecting the Kashgar area in Xinjiang Autonomous Region (XAR) of China to the Gwadar Port in Pakistan runs through this region. Islamabad has been so taken in by the promises of an influx of revenues due to CPEC that it has already handed over operation of Gwadar port to China, but rather than benefit the locals are facing unemployment since Chinese construction companies have brought along their own workforce.

Chinese naval activities in Gwadar Port and unreasonable restrictions imposed on fishing in the area has hit the fishermen very badly. Thus, there is a general consensus amongst the locals that the CPEC will leave out people from tangible benefits. Residents of the area also apprehend that Chinese domination of Gwadar will lead to widespread displacement of locals and disrupt their way of life.

Residents of Gilgit-Baltistan have grown frustrated with both the Chinese as well as their own government since local resources of the area are being plundered in the most reckless manner. Activists and locals are also alarmed by the huge ecological imbalance that CPEC will cause in the region. However, Islamabad doesn’t seem to be concerned!

Pakistan is now planning to declare GB as its fifth province, a move that has rightly raised concerns in India as the region is part of J&K. Even the people of this region think that constitutional amendment to change the status of the region is designed to help the Chinese rather than locals as it is believed that it’s the China’s concerns about the unsettled status of GB that has prompted Pakistan to change its status.

According to an earlier report published in Dawn newspaper, Pakistan is mulling to elevate the constitutional status of the region in a bid to provide legal cover to the CPEC. Experts are of the firm belief that making GB its province is also meant to clear the decks for declaring what it refers to as ‘Azad Kashmir’ (Pakistan administered Kashmir or PaK) as another province in an attempt to remove all barriers of the conflict.

British Kashmiris under the banner of Kashmir Voice International have condemned Pakistan’s move to integrate GB as a fifth province of the country. They have rightly assessed that this move was a U-turn and “derogatory to the spirit of movement”. They contend that the move would lead to more political instability in Kashmir.

Hard line Hurriyat leader SAS Geelani who is a strong supporter of J&Ks merger with Pakistan surprised everyone when he heavily came down on Pakistan for trying to change the status of GB.  Hurriyat’s representative Abdullah Gilani in Pakistan urged the top brass of Pak Govt to maintain its consistent policy on Kashmir. In our view, this move is laden with disastrous consequences. Pakistan risks not only weakening its position and losing moral high ground but also demoralizing Kashmiri people.” “We, therefore, earnestly urge the government of Pakistan to rethink the decision granting provisional provincial status to Gilgit and Baltistan keeping in view all aspects, particularly, the possible detrimental repercussions it would have on the future of Kashmir.

Diamer Bhasha Dam is a highly controversial hydropower project in PaK, because of its ecological implications. It will inundate large tracts of land, rendering thousands of people homeless. According to a report, at least “31 villages will be flooded, 3,115 houses destroyed and 1,500 acres of agricultural land inundated by the reservoir”.

The area has very little in terms of fertile agricultural land, which if absorbed by the construction of the dam could result in serious food deficit in the region. PaK has been facing food shortage in the past; only when the federal government issues directives the other provinces supply the required food material. Also, the dam is located in a seismically sensitive zone and God forbid, should this area experience an earthquake of an intensity similar to the one that hit PaK in 2005, the consequences would be horrific!

As a case for future scenario building, PaK is immensely significant as its strategic geographic location has consistently been “leveraged” by Pakistan to fulfil its “strategic and economic objectives”. PaK shares its borders with several countries – the Punjab and NWFP provinces in Pakistan to the west, the Wakhan Corridor of Afghanistan in the north-west, XAR of the People’s Republic of China to the north and India’s Jammu and Kashmir to the east. It is situated in the vicinity of the two fastest growing economies of the world, but remains extremely backward.

Of course, to what extent China may agree to such a plan remains to be seen. Pakistan’s incorporation of GB as a fifth province of the republic would stand to help China consolidate its significant investments in the region. But at the same time, given the timing New Delhi would – irrespective of how the story actually played out in reality, suspect Beijing to be a backer, if not outright instigator of this move. This, in turn, could lead to significant hardening of India’s position in the standoff in eastern Ladakh, at a time when diplomatic options to resolve the crisis look fewer with each passing day.