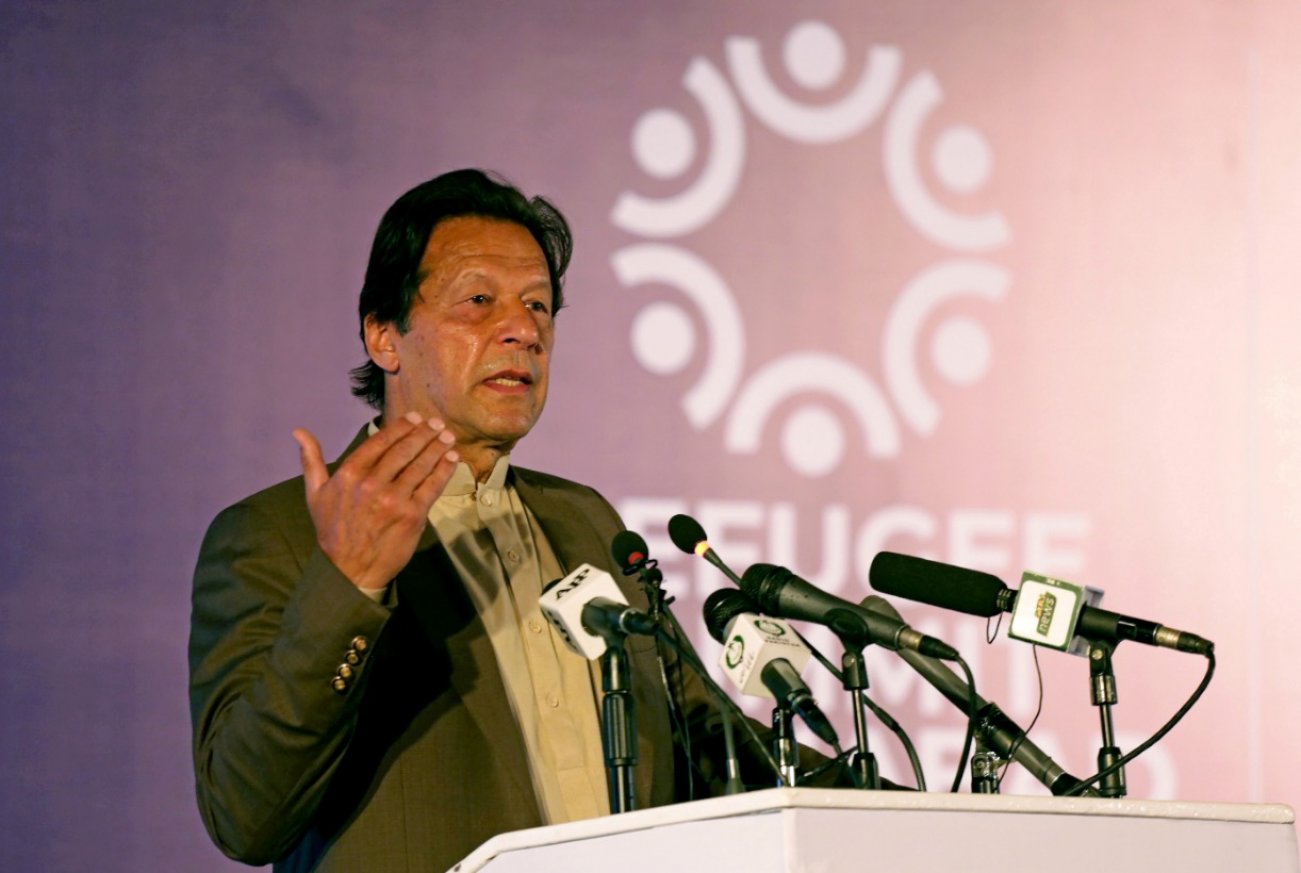 The major chunk of Khan’s speech was focused on outlining Pakistan’s foreign policy intentions in relation to Jammu and Kashmir, the Afghan imbroglio, and the Israel-Palestine conflict.

Last week, Pakistan’s Prime Minister Imran Khan addressed the 75th session of the United Nations General Assembly (UNGA). Addressing the UNGA for the second time, Khan delved on a range of issues, including money laundering, climate change, and his government’s response to the COVID-19 crisis. However, the major chunk of the speech was focused on laying bare Pakistan’s foreign policy intentions, and the course the country is likely to take going forward. A clear exercise in signaling, the premier focused on the issues of Jammu and Kashmir, the Afghan imbroglio, and the Israel-Palestine conflict. Through Khan’s speech, Pakistan sent clear signals to domestic and foreign audiences while accentuating its stature as a country that favors conflict-resolution and economic connectivity. Here are three key takeaways from Khan’s UNGA speech regarding Pakistan’s foreign policy direction.

Firstly, and unsurprisingly, Pakistan is set to double-down on its diplomatic offensive against India. Khan was vociferous in not only his criticism of India over its heavy-handed policies in Kashmir but also of its treatment of minorities, including Muslims. Khan explained how India has usurped freedoms by brute force while calling upon the international community to investigate “these grave violations and prosecute the Indian civil and military personnel involved in state terrorism and serious crimes against humanity, being perpetrated with complete impunity.” He also went on to appraise the UN about India’s efforts to change the demographic structure of Kashmir, which he added is “an attempt to obliterate the distinct Kashmiri identity in order to affect the outcome of a plebiscite envisaged in the UN Security Council resolutions.”

It is evident that Pakistan’s constant support for the Kashmiris’ struggle for self-determination will involve sensitizing the world on India’s human rights violations, attempts at changing demography, and the ever-present threat of war, something that Pakistan’s director-general of the Inter-Services Public Relations also alluded to. Pakistan will also likely ramp up its denunciation of India’s current government. Notably, Khan has consistently compared Modi’s India with Nazi Germany, making it likely that Islamabad will take a tougher line against New Delhi’s handling of minorities, especially Muslims. Pakistan will try becoming a voice for Indian minorities to seize the narrative at India’s detriment. Dovetailing censure on Kashmir with that on minorities in international fora might suit Islamabad, for it has to convince the world that current Indian policy poses a threat to international peace and stability.

Secondly, Khan’s comments on the Afghan peace process suggest that Pakistan desires a successful culmination. To that effect, Pakistan will continue urging all stakeholders to remain committed to the peace process, but it will also keep on reminding the world that it has done what was asked of it. While contending that Pakistan has fulfilled its responsibility, Khan said that Afghan leaders must pounce on this historic opportunity to “work out an inclusive, broad-based and comprehensive political settlement.” He further enunciated that the process must be Afghan-led and Afghan-owned, and free from outside interference and influence. By throwing its support behind Afghans as they chalk out a mutually-agreeable future, Pakistan is trying to undercut allegations that Islamabad is supporting the Taliban, a criticism that Pakistani leaders must over in order to improve ties with the United States and Afghanistan. The premier also warned that spoilers could subvert the peace process, hence they must not be allowed to hold Afghanistan and the region hostage.

It is noteworthy that the day Khan addressed the General Assembly, he also assured Afghan President Ashraf Ghani that Pakistan will fully support what the Afghans decide about their future. As Khan recently established in The Washington Post, Pakistan sees its relations with a peaceful Afghanistan as critical to achieving Islamabad’s vision of economic connectivity and integration. Furthermore, Pakistan’s ongoing parleys with the Chairman of the Afghan High Peace Council for National Reconciliation, Dr. Abdullah Abdullah, suggest that not only is Pakistan playing a constructive role in pushing the peace process forward, but that it also wants to engage Afghan politicos from all factions so as to develop better, deeper relations with Afghanistan. Pakistan’s desire for the region to tread the path of peace and prosperity is evidenced by its willingness to deepen its ties with Afghanistan and lend support, wherever possible, to the Afghans during the peace process. However, Islamabad also wants major stakeholders, especially the Afghan leadership, to seize the moment and craft a future for Afghanistan.

Thirdly, that Khan reiterated his country’s stand on the Palestine issue is instructive and timely. The recent and potentially-impactful Arab-Israeli rapprochement has raised questions aplenty as to whether Pakistan will jump on the bandwagon and recognize Israel. Though Khan had categorically stated that Islamabad cannot recognize Tel Aviv absent a just settlement of the Palestine dispute, re-emphasizing it at the global stage only made sense. Khan asserted that a just and lasting settlement of the decades-long dispute is indispensable for the Middle East. At a time when doubts abound about the shifting mood in Islamabad insofar as embracing Israel is concerned, a policy statement at the most important body for global diplomacy was all-important and much needed. This was likely a signal to both allay domestic concerns, and other regional and global powers, about this sensitive matter. It is expected that Pakistan will whip up its public support for the Palestinians to bolster its credentials as a champion of human rights and a country that stands by the principles enshrined in international law.

Thus, through the speech, Prime Minister Khan informed the world that India remains its principal concern and adversary, one that is hampering peace and stability in the region. Furthermore, Pakistan wished to elicit world attention towards what still must be done to usher in peace and stability in Afghanistan. Finally, Pakistan reaffirmed its support to the Palestine issue while denouncing the idea of recognizing Israel.