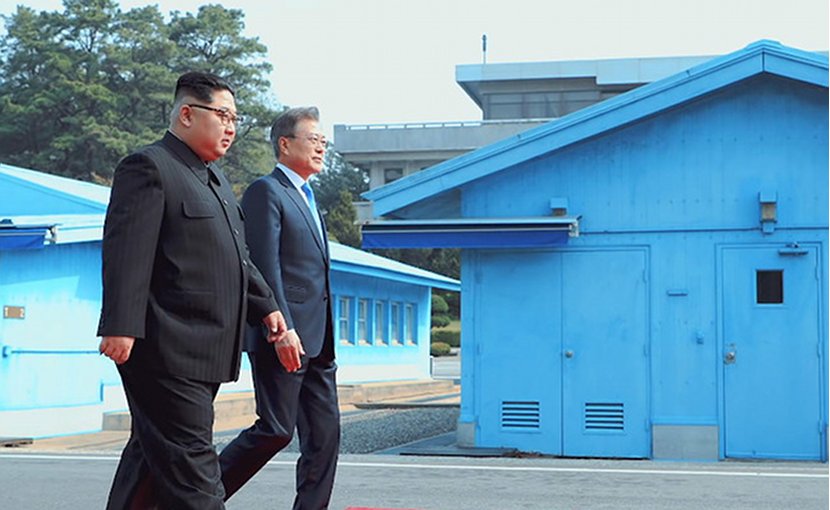 When North Korean leader Kim Jong Un last week issued a rare apology for the fatal shooting of a South Korean fisheries official in North Korean waters, something appeared to be highly unusual. Kim is not one to apologize for anything, given the history of his rule. To be sure, Seoul’s leadership is eyeing Pyongyang more carefully because of a number of factors at home and abroad.

A reconciliation or lowering of tensions between the two countries is occurring at this time because of climate damage brought about by hurricanes and the necessity to cooperate on the coronavirus disease (COVID-19) pandemic. A third issue deals with Korean families separated by the war over the decades and the continuing movement for possible reunification. Communication between the Koreas has been frequent. In the weeks prior to last week’s shooting, Kim had exchanged letters with South Korean President Moon Jae-in.

The shooting of the South Korean official, and the burning of his body, caused a commotion between the two countries. In a letter sent to South Korea’s Blue House, North Korea said units responded to a call that an unidentified male was found floating in the sea.

The letter claims that about 10 rounds were fired at the man after he did not comply with a soldier’s demand to identify himself. What comes next is wrapped up in disinformation, but the result was highly unusual: Kim conveyed that he “feels very sorry that, instead of giving aid to our compatriots in the South who is struggling with COVID epidemic, we have given President Moon and our compatriots in the South a great disappointment with this unseen misfortune in our sea.”

The statement added that North Korea had strengthened its maritime surveillance and apologized for “an incident that will clearly negatively impact inter-Korean relations.” This type of language is a strong signal of the soft side of “Juche,” North Korea’s “will to power.”

Tensions have been rising since communications between the two sides were cut off in June, when Pyongyang first closed and then later destroyed the joint liaison office in Kaesong. The deterioration in relations came after a years-long rapprochement led by Moon that resulted in historic meetings between himself and Kim, as well as summits between Kim and US President Donald Trump. These meetings did not deliver results for all sides and North Korea’s strident tone toward the South grew. Perhaps the main reason for this lies in the two-year anniversary of the Pyongyang Joint Declaration.

In September 2018, North Korea and South Korea signed this declaration, which focused on defusing military tensions between the two countries. While Pyongyang made no mention of the anniversary, Seoul wanted to push for and renew cooperation, not only for domestic reasons but also because of Washington’s transactional foreign policy gaffes. Moon is clearly fed up with the current US-South Korean relationship. At Panmunjom, on the border with the North, South Korean Unification Minister Lee In-young urged Pyongyang to abide by the 2018 agreement.

The Pyongyang Joint Declaration also featured economic cooperation, which has yet to truly materialize. Both countries sought to normalize the Gaeseong industrial complex located near the border, as well as to proceed with developing the Mount Geumgang Tourism Project, located in North Korean territory, into a special joint tourism zone.

The two countries also agreed on cooperation in public health care, particularly in the context of epidemics and the implementation of emergency measures to prevent mistrust. However, defections over the past two years hurt the trust between the two countries. Taking account of the Korean sensibilities and outlook is vital to understanding how Moon and Kim may try to work together again. China is watching this relationship closely, while contending with Hong Kong, Taiwan and other points in the region.

As part of its efforts to counter China in the short to medium term, South Korea is actively courting the Mekong countries. Under Seoul’s New Southern Policy (NSP), the country is pledging to invest resources into the region’s development. The NSP — in tandem with other policies such as the US’ Lower Mekong Initiative and the Japan-Mekong Cooperation — offers Mekong countries alternative sources of investment to China’s Belt and Road Initiative and the Lancang-Mekong Cooperation. These foreign policy moves help Seoul find the right balance against China, and of course North Korea too.

No doubt the shooting of the South Korean official awakened or rather pointed out the human face of the Koreas. Although the Pyongyang Joint Declaration called for more family reunifications and an expansion of the exchange network, the two-year anniversary has been and gone.

Ideas about reversing the suspension of tours of Panmunjom and the demilitarized zone “peace trail” initiative are now being discussed. After being hit by several typhoons, ravaged by COVID-19 and impacted by electoral politics in the US, Seoul and Pyongyang may try to fix their own specific bilateral problems during the coming months, with China looming in the background and America conducting a presidential election.