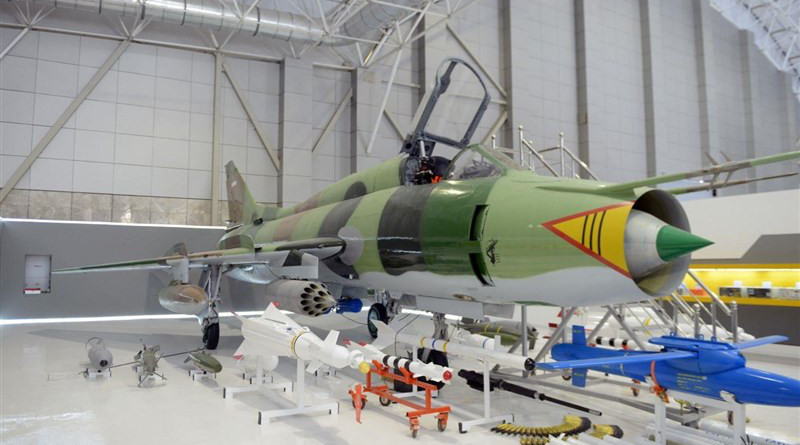 Several new products have been put on display in the ‘National Aerospace Park’ in Tehran, a permanent exhibition of the achievements of the IRGC Aerospace Force that was inaugurated on Sunday.

One of the new weapons on display is a guided rocket that could be carried by Sukhoi Su-22 warplanes for hitting targets on the ground.

The Iranian Fadak-class rockets are equipped with high-explosive anti-armor warheads, but the new air-to-surface version unveiled on Sunday is designed with four fins near its head, used to guide the rocket to its intended target.

Fadak rockets weigh 11-16 kg, travel at a speed of 700 meters per second, and can hit the targets within a range of 2-4 kilometers.

Another highlight of the exhibition is Zolfaqar Basir, a new naval ballistic missile with a range of over 700 kilometers and a warhead equipped with an optical seeker.

Iranian officials have repeatedly underscored that the country will not hesitate to strengthen its military capabilities, including its missile power, which are entirely meant for defense, and that Iran’s defense capabilities will be never subject to negotiations.