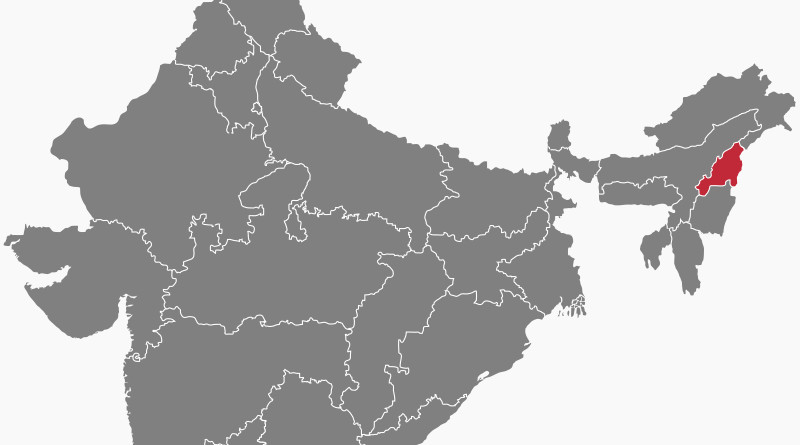 On September 20, 2020, Khango Konyak ‘president’ of his own faction of the Nationalist Socialist Council of Nagaland-Khaplang (NSCN-K2) revoked the expulsion of Isak Sumi. A ‘deed of reconciliation’ was signed between the two leaders – Khango Konyak and Isak Sumi.

Khango Konyak and Isak Sumi have now reportedly put aside their differences for the sake of the ‘impending’ solution to the Naga problem. The ‘deed of reconciliation’ was the result of interventions by other members of the Naga National Political Groups (NNPGs) and Civil Society Organisations (CSOs).  Apart from NSCN-K2, six other Naga militant groups constitute the NNPGs. These include: the NSCN–Neokpao-Kitovi (NSCN-NK), NSCN-Reformation faction (NSCN-R), Federal Government of Nagaland (FGN), Naga National Council (NNC)-Parent Body, Non-Accordist faction of NNC/National People’s Government of Nagaland (NPGN/NNC-NA), and Government Democratic Republic of Nagaland /NNC-NA (GDRN). The NNPGs were included in talks with GoI on September 27, 2017, in an effort to widen the Naga peace talks.

On September 19, 2020, Chairman Khango Konyak had held meetings along with the NNPGs and the Government of India (GoI) interlocutor for Naga talks R.N. Ravi. In this meeting the interlocutor had asked the NSCN-K2 leadership to sort out its differences.

On September 18, 2020, in a joint council meeting of the NSCN-IM held in Camp Hebron, it was unanimously decided that the group’s standing demand for a separate flag and constitution needed to be a part of the final settlement in the ongoing Naga peace talks with the Centre. The NSCN-IM in its resolution stated,

The house unanimously adopted the resolution to reiterate the stand of NSCN that the Naga national flag and Yehzabo (constitution) must form a part of the Indo-Naga political solution in order to qualify the Naga deal as honourable and acceptable. Besides, the house also resolved that the Government of India and NSCN must seek a final agreement based on the historic Framework Agreement of 3rd August, 2015.

On September 11, 2020, the ‘convenor’ of the ‘steering committee’ of NSCN-IM, Hutovi Chishi, while claiming that the “Indo-Naga political talks” had reached a critical state, also insisted that the “Naga solution cannot be brought at the cost of compromising our historical and political rights”. He dismissed earlier agreements like the 1960’s 16-Point Agreement and the Shillong Accord of 1975 signed between the GoI and Naga groups, alleging they were “nothing but political flattery to suppress the legitimate Naga political movement.” The 1960 agreement led to the formation of Nagaland and in the Shillong Accord of 1975 the NNC accepted the Indian Constitution.

However, on September 15, 2020, a 15-member NSCN-IM delegation led by its ‘president’ Q. Tuccu and ‘vice president’ Tongmeth Wangnao, arrived at the national capital Delhi, purportedly to participate in peace talks. Reports indicate that NSCN-IM, led by ‘ato kilonser’ Thuingaleng Muivah, had been holding ‘informal’ parleys with Intelligence Bureau officials since August 2020 and these had gained momentum in recent weeks.

The series of talks between top Intelligence Bureau officials and NSCN-IM is taking place after differences with R.N.Ravi had e come out in the open and the Centre reportedly asked Ravi to maintain a low profile. An unnamed senior government official told the media, “Over the last six years R.N. Ravi, in his capacity as interlocutor, had been talking to various Naga groups. But in the past 10 or 11 months, things have not been going well.”

The differences between Ravi and the NSCN-IM came out in the open in June 2020.  Significantly, on June 16, 2020, without naming the NSCN-IM, Ravi asserted that “armed gangs” were engaged in “rampant extortions and violence”, adding that “the law and order in the state has collapsed”. The NSC-IM, meanwhile, cited two instances – the October 31, 2019, deadline set by R.N. Ravi and the acrimonious exchange between the two sides during the peace talks on January 30, 2020 – as the reason behind rising differences

On August 11, 2020, NSCN-IM made two copies of the August 3, 2015 framework agreement public. One, which the group claimed as ‘original’, and the other in which R.N. Ravi had allegedly “craftily deleted the word new from the original” when he shared it with Naga Civil society and NNPGs. The one page ‘original’ agreement shared by NSCN-IM talks about “sharing the sovereign power” and provides for an “enduring inclusive new relationship of peaceful co-existence of the two entities”. The NSCN-IM claimed,

It has been quite some time since Ravi was under NSCN’s scanner when he twisted the Framework Agreement and misled the Parliamentary Standing Committee on the steps taken to solve the Naga issue…The fact is that the Framework Agreement is outside the purview of Indian Federation/Constitution. But in his report furnished to the Parliamentary Standing Committee he manipulated it in his own narrative that is far from the actual meaning as very unambiguously worded in layman’s language in the original copy of Framework agreement.

The group reiterated its demand for Ravi’s removal as interlocutor.

Curiously, Ravi continues to negotiate with other groups. Ravi met NNPGs on September 10. When asked about what transpired during the meet, an NNPG source said, “The interlocutor told us the government wants all stakeholders, including the IM [NSCN-IM], to be a part of this (peace process); that it is best for everyone to come on board and sign the agreement. What the Centre can agree on, it has already agreed to, and what the Centre cannot give at this point, it cannot give (even in future).” The NNPG source quoting interlocutor Ravi, added, “There is nothing left to negotiate beyond what had already been decided in October [31] last year [2019]. All that remains is for NSCN-IM leaders to fall in line.” After the meeting, the NNPGs stated that “the Naga issue must be settled and the waiting period is over.”

Meanwhile, a new deadline of September 2020 was set by the Prime Minister’s Office (PMO) for conclusion of the peace talks. Unnamed Union Ministry of Home Affairs (UMHA) sources told Deccan Chronicle on August 27, 2020, that the Centre would not extend the deadline further, as almost all substantive issues had been finalised. The Centre, they said, had already told the Naga leadership what were the issues on which the Centre can agree or not, adding “no one can blackmail the government at gunpoint.” The UMHA source added, further, “The ball is now in the court of stakeholders, they can avail the opportunity to be a part of the historic Naga peace accord”.

The earlier deadline of [October 31, 2019] set by the PMO lead to unrest in the cadres and mid-level leaders in the militant ranks. In an interview to The Week on January 4, 2020, Lieutenant General Shokin Chauhan, the then chairman of the Ceasefire Monitoring Group (CFMG), stated,

There are three issues that are affecting the armed cadre. There is restiveness, as they do not know what the future holds for them. Whether they will get jobs or not, or what kind of life they are going to live? Will their own leaders be able to help them? Will the security agencies and the people of Nagaland, from whom they have extorted money, go after them?These issues started creating problems before October 31 [2019], the deadline set by the government for a final solution. Their own leaders had stopped talking to them. The Assam Rifles was getting aggressive in its patrolling. I had to call several meetings with the insurgent groups to calm their nerves and make sure they maintained the ceasefire. Still, many leaders, especially the mid-level ones, were extremely worried and came close to breaking the ceasefire especially when the security forces came close to their camps.

The important thing is whether we have understood each other and agree together. I don’t think there is any time limit set by the Government of India, and there should be no deadline again.

A source in the NSCN-IM who wished to remain anonymous also stated,

After the process of informal talks are over, decisions will be taken at the political level in formal talks with the government. There is no set time-frame for the resolution this time, but both parties are keen on settling the issue, and are looking at an agreement/solution at the earliest.

Meanwhile, the Naga groups have put more focus on recruitment of new cadres. In his interview of January 4, 2020, Lieutenant General Chauhan, the then chairman, CFMG disclosed,

The ceasefire ground rules clearly state that there cannot be any forced recruitment. All the groups sign these rules every year and, based on these ground rules, they state that they have been recruiting volunteers. Recently, in anticipation of the final accord, they resorted to massive recruitment. More than 800 youth are learnt to have joined National Socialist Council of Nagaland (Kitovi-Neopak); 80 to 100 youth joined the NSCN (Isak-Muivah) and the NSCN (Reformation); and around 50 to 100 youngsters have joined the group led by Khango Konyak. These figures take into account the large number of defections that have taken place…

The fate of the ‘historic’ framework agreement signed with NSCN-IM is under question. At this moment, it remains to be seen whether announcing a new deadline will push the militant groups into an inclusive agreement with the Government or alienate them further.

The article India: Naga Talks So Near, Yet So Far – Analysis appeared first on Eurasia Review.