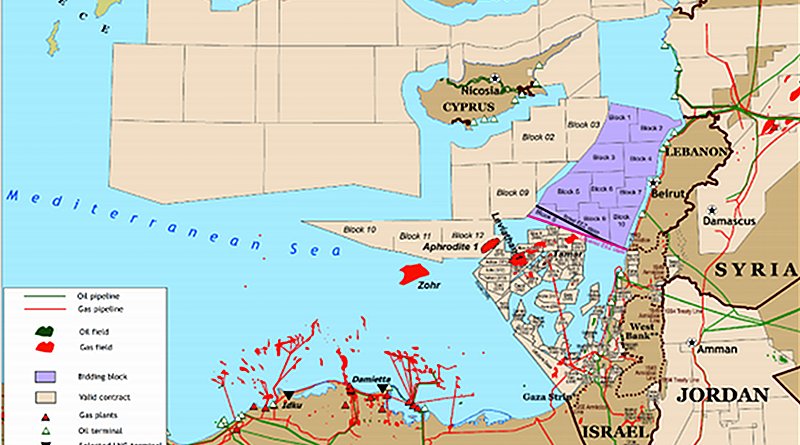 The Eastern Mediterranean Crisis between Turkey and Greece, flared up in August 2020, has reinforced the reluctance, substantial withdrawal and abruptly changing engagement of the United States Foreign Policy in this part of Europe.

The alarming absence of Washington and lack of direct involvement in the diplomatic negotiations that begun under the sole initiative of the Government of Turkey embodies unprecedented uncertainty and volatility; allowing for other geostrategic actors to scoffingly demonstrate their anti-Americanism and letting Greece continue with its rambunctious attitude. Although the US Department of State had scored somewhat positive outcomes with the September 4 trilateral meeting at the White House, between President Donald Trump, Aleksandar Vučić of Serbia, and Avdullah Hoti of Republic of Kosovo; Washington’s sudden derailment of its geopolitical attention towards the Mediterranean crisis is jettisoning the long term interests that the United States has conveyed in Europe (in the 1990s). Nonetheless its priorities are in unison with Pentagon’s greatly unfair disappointment in connection to Ankara’s decision to unilaterally launch a military offensive into Northern Syria in October 2019.

With its current pro-Cypriot stance, Washington is spoiling its strategic objectives in the NATO Alliance. The ongoing diplomatic distancing, unbalanced and biased commitment,  favoring Greece and Cyprus, including the official visit of Secretary of State Mike Pompeo to Cyprus on September 12, marks another shortsighted, reckless action in US Foreign Policy that tarnishes its reputation that is in fact detrimental to Washington’s geopolitical strategy in Europe.

Abandoning Turkey and its maritime interests, over the last two years and six months,  does not necessarily mean a significant risk reduction of conflict nor strengthens dialogue among two NATO member countries. Under these unique circumstances there are shaped two brand new geopolitical tides: 1. France’s growing role in the Middle East, Emmanuel Macron’s political support for Greece was shown in his latest meeting with Prime Minister Kyriakos Mitsotakis on September 10; 2. Albania’s emerging role as a regional peace broker in the Mediterranean envisaged by Prime Minister and Minister of Foreign Affairs Edi Rama is a carefully designed tactic that invites Athens to embrace self-restraint, avoid belligerence and remind Prime Minister Mitsotakis that Ankara will never turn its back on the west.  The grossly unfair situation incited by Greece has made President Erdoğan a truly European statesman that has admirably scuppered a centuries old illegal maritime strategy of a neighboring democratic country and holding back an imminent affray infused by Paris’ brash diplomacy, Élysée’s useless under hand tactics in Southern Europe and the Middle East.  Macron’s diplomacy is built on a wrong foundation drawing a baseless conclusion that does not even fit well in Cartesian logic.

While key US officials are not fond of President Macron, the French Government has moved forward with providing cutting edge military equipment to Greece, including navy frigates, technology and are conducting military exercises, as their country pretends to increase its geopolitical and economic presence in Eastern Mediterranean.

According to Emre Gönen: “The latest incident that took place between a French frigate and the Turkish navy in the Eastern Mediterranean [on June 10th,  between the French Navy’s La Fayette-class Frigate Courbet and Turkish Navy vessels] has been a very strong alarm signal for both countries. To protest against the alleged harassment of its frigate by the Turkish vessels, France has opted to remove itself from a NATO operation in the Mediterranean, constituting a large-scale political crisis within NATO.”

This is another legitimate reason why NATO ought to reform and become accustomed to new geostrategic and regional political trends that are currently making the alliance teeter in the wilderness.  Furthermore, the military cooperation between France and Turkey, as well as the bilateral economic ties, have experienced major setbacks and grave impediments due to Paris’ widely known preference and less inconspicuous (at times) actions towards Athens and Mitsotakis’ Expansionist Greece Government.

In reference to Washington’s lack of participation in Eastern Mediterranean crisis, Dr. Kiliç Buğra Kanat  wrote a column for Daily Sabah stating: “Of course, a lot of analysts thought that the U.S. would step up. After all, at the end of the day, it was a crisis between two NATO countries, taking place in one of the most significant geopolitical real estates in the world. However, it quickly became apparent that the U.S. was not willing to play this role in the region. First, the rapidly changing and increasingly unpredictable U.S. foreign policy did not consider the Eastern Mediterranean a priority. The fact that the crisis was taking place between two NATO allies did not change this idea. Second, the expectation that the U.S. could be a constructive force in this crisis dissipated following Washington’s steps in the Cyprus issue. The partial lifting of the arms embargo on the Greek Cypriot administration, in particular, greatly disappointed Ankara. The U.S. Congress in this instance played a critical role by passing resolutions against Turkish interests in the region. This extreme pro-Greek position prevalent among some members of Congress fueled a reaction against Turkey.”

In the heart of a geopolitical turmoil, Washington has failed to rise up at this crucial moment and demonstrate a truly global leadership by employing common sense arguments and diplomatic channels so that Turkey can exploit its undersea natural resources, in its own maritime space.  Contrary to Pennsylvania Avenue, in a constantly shifting global order, Prime Minister Edi Rama has practically embraced results oriented skills in his recent negotiations with Hellenic authorities; as an instrumental leader mainly concerned with delivering results, his strategy is well received by many democratic leaders. Mr. Rama’s democratic persuasion is geared for success and aims to promote sustainable regional economic integration and peace in the Balkans.

Unfortunately, Rama’s attention is narrowly focused on the Mediterranean and dwarfed by the scale of regional conflicts; his failure to denounce armed provocations of Armenian Forces inside sovereign territory of Azerbaijan is unusual. Currently Azerbaijan is making headway in liberating the Azerbaijani Districts of Füzuli, Jabrayil and Ağdərə; while the OSCE leadership is absolutely failing to condemn Armenia’s attacks and conduct overall examination.

Contrary to Washington’s role in the region, Edi Rama being at the helm of the Organization for Security and Cooperation in Europe (2020); has placed Albania as a stellar negotiations entity that is convincingly reliable, candid, uniquely confident in delivering results that will guarantee economic growth in the Mediterranean while respecting international maritime laws. Prime Minister Rama has indeed placed the legitimate Turkish rights and interests at the center stage and his actions will have a direct impact towards preserving peace in the Balkans, while Greece’s appropriate long-term interests will not be vanquished. However, a greater European engagement is required so that Athens’ political arrogance is halted and its territorial claims against neighboring countries are carefully considered.