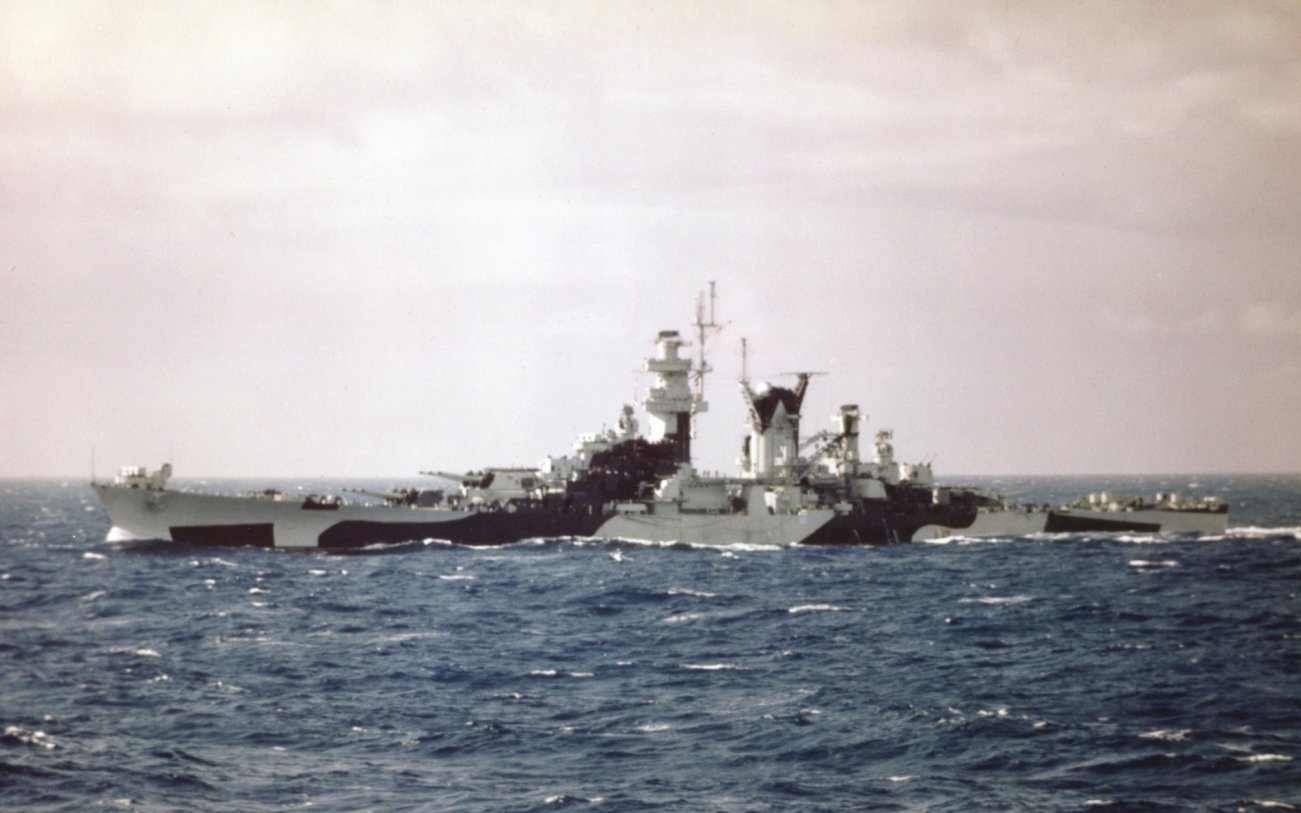 The ships were outmoded even before they were built.

Key Point: In hindsight, it was an error to order the six battlecruisers.

One of the mightiest warships of the U.S. Navy was also ironically the least useful.

The USS Alaska and her sister ship USS Guam were the largest cruisers constructed by U.S. shipyards during World War II, ironically to counter a threat that never materialized. Although fast and powerful in their own right, the ships were rendered obsolete as offensive weapons by naval airpower and served out the war as escorts for aircraft carriers.

The cruiser warship was conceived in the nineteenth century, as the advent of steam powder, shells, and other naval innovations reshaped seapower. The cruiser was conceived as a fast, heavily armed, but relatively lightly armored ship that could take on smaller groups of destroyers, protect civilian merchant ships, and carry out scouting missions. The cruiser was a ship that provided an important “economy of force” option that allowed naval commanders to detach them for missions that didn’t quite rate a battleship’s attention.

The U.S. Navy liked cruisers, and built a total of eighteen heavy cruisers before the outbreak of World War II. These fought in a number of pitched battles early in the war, particularly during the Guadalcanal campaign, before sufficient numbers of aircraft carriers eventually made air power the dominant arm of surface combat.

During the 1930s, the U.S. Navy suspected the Imperial Japanese Navy was building several large surface combatants to operated as commerce raiders. The IJN was believed to be building several fast, high speed heavy cruisers along the lines of Germany’s Scharnhorst-class cruisers. A heavily armed commerce raider operating across the vastness of the Pacific, raiding Allied shipping was a real concern.

The U.S. Navy decided the best defense was a good offense and planned to build a small fleet of large cruisers, or CBs, to chase them down Japanese commerce raiders. Named after U.S. territories, the lead ship Alaska and her sister ships Guam, Hawaii, Philippines, Puerto Rico, and Samoa would hunt these commerce raiders down and sink them. Fast, heavily armed and with the range to hunt their prey, these ships–sometimes called America’s battlecruiser fleet—-would have been powerful enough to sink their opponents with minimal support.

The battlecruisers were exceptional vessels. Each was 808 feet long, just sixty feet short of an Essex-class fleet carrier, with a beam of ninety-one feet. Fully loaded the ships displaced 34,253 tons, making each heavier than early examples of the Essex ships. The ships were powered by eight Babcock and Wilcox boilers driving four General Electric geared turbines. The cruisers could sail for twelve thousand nautical miles at fifteen knots and had a maximum speed of thirty-three knots.

Alaska and her sister ships were well-armed for their time, each sporting three turrets (two facing forward, one rearward) armed with three twelve-inch guns. Secondary armament consisted of a dozen five-inch (127-millimeter) dual purpose guns useful for smaller ships and aircraft. The ships would likely operate alone outside of the U.S. air-power umbrella, and for that reason were lavishly supplied with anti-aircraft guns. Alaska and her siblings each had fifty-six forty-millimeter and thirty-four twenty-millimeter guns AA guns. Each ship carried two aircraft catapults and four Vought OS2U seaplanes for scouting duties.

Where the Alaska-class came up light, however, was in armor. Much like the original turn of the century dreadnoughts, the CBs traded armor for speed, both as a means for chasing commerce raiders and avoiding enemy fire. Armor ranged from 9 to 5 inches of steel belt, 12.8 inches on the turrets, and 4 inches at the main deck. The conning tower had 10.6 inches of armor.

The battlecruisers were built New York Shipbuilding, with the first, Alaska, laid down just ten days after Pearl Harbor. Alaska (CB-1) was launched on August 15, 1943, by which time it was clear the Japanese had no such heavy commerce raiders. World navies had also been rattled by the sinking of the battlecruiser HMS Hood by the German battleship Bismarck and the destruction of another battlecruiser, HMS Repulse, by Japanese air attack. Heavy surface combatants were not doing well in the new age of naval air power, and heavy combatants with light armor like the Alaska-class ships were particularly not doing well. The U.S. Navy canceled construction of the last three ships in the class, Philippines, Puerto Rico, and Samoa in 1943.

Deprived of their mission, Alaska and Guam served in the Pacific as escorts for the fast carrier task forces, their heavy anti-air armament useful in downing Japanese aircraft. Both were transferred to the Naval Reserve in 1947 and ultimately scrapped in 1961. The third ship, Hawaii was 82 percent complete when the war ended. Although some consideration was given to making her a guided missile or command ship ultimately she too was scrapped.

As good as they were, the Alaska class suffered a particularly cruel fate. The ships were outmoded even before they were built, and in hindsight it was an error to order six battlecruisers on the basis of an unsubstantiated rumor. Outsticked by airpower’s long reach, the cruisers became guardians of the very ships and aircraft that made them obsolete. Regardless, the Alaska-class ships were excellent ships that would have performed admirably for the task they were built for. If only the rumors of Japanese commerce raiders had been true.

Kyle Mizokami is a defense and national-security writer based in San Francisco who has appeared in the Diplomat, Foreign Policy, War is Boring and the Daily Beast. In 2009 he cofounded the defense and security blog Japan Security Watch. You can follow him on Twitter: @KyleMizokami.

This article first appeared in 2018.