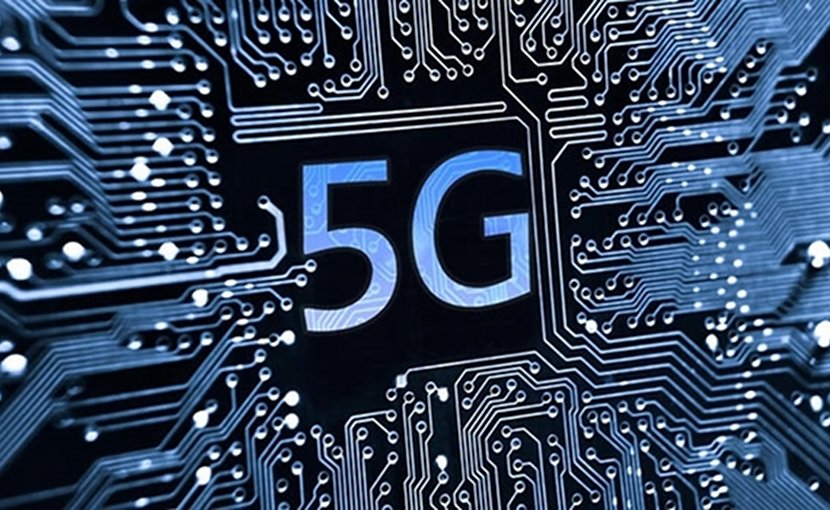 The 5G network, the latest generation of wireless technology, is described as the next frontier of digital revolution. It has, however, come to the forefront of an ongoing geopolitical and technological rivalry between the China and the United States. Chinese telecom giant Huawei is dominating the market and has become the leading supplier and manufacturer of this new technology. However, its close ties with the Beijing government, opaque ownership structure and past allegations of legal violations, has raised concerns that its equipment could be used for espionage and surveillance.

The United States has taken a slew of measures to ban Huawei and is persuading its allies to follow suit. Beijing has criticized nations for blocking Chinese telecom companies—terming it is a flagrant attempt to politicize a technology issue—and has hinted towards the use of ‘reverse economic sanctions’ if Chinese companies are banned. Against this backdrop, India’s decision on a supplier for 5G technology, equipment, and software is a crucial one.

A complex matrix of technological, economic, and strategic factors will affect this decision. Cybersecurity risks and surveillance concerns are a major concern for India, since the Indian government is yet to formulate a robust legal and institutional mechanism for protecting privacy and data. The possible installation of “backdoors” which could allow China to intercept and monitor communications is evinced through what was revealed about Cisco’s routers (an American company) in the 2013 Edward Snowden leaks. Strategic concerns relate to the trade and technology war between the US and China. Tensions between the two countries have escalated, leading to the splintering of global cyberspace and technology into distinct spheres of influence. India, based on its strategic interests will need to decide with which camp to align. The final aspect of economic considerations relates to the cost of the equipment, which is an important factor for developing developed countries since they have limited finances to spend on expensive 5G equipment.

In India, 5G has the potential to bring major societal transformation and support the government’s flagship schemes in infrastructure, development and e-governance. Key ministries and departments in the Indian government have worked on policy documents, reports and papers to help build a concrete roadmap to deploy 5G in India. The government has also deliberated upon the question of allowing Chinese vendors to participate in 5G trials. India’s Telecom Minister Ravi Shankar Prasad announced in late December 2019 that all applicants, including Huawei, would be allowed.

However, a final decision on allowing Huawei to build India’s 5G networks remains an open one. The government’s position on Huawei has changed from initial divergence—within government ministries and agencies—to pronounced caution. Members of a committee chaired by the Principal Scientific Advisor (PSA) differed on the participation of Chinese vendors in 5G trials. The external affairs ministry was in favour of allowing Huawei—following the beginning of a policy of rapprochement after the Mamallapuram summit. However, COVID-19 has raised serious questions regarding Beijing’s concealment of the virus, and its larger aim to bolster its position in the global order through sheer economic might.  The Galwan Valley clash in June 2020—along India’s northwestern border—has resulted in a deterioration of ties between the two countries. The Indian government’s changed position is reflected in how it is viewing the issue with a security lens now: a new committee under the ministry of home affairs will examine the question now.

Indian telecom service providers and industry associations representing telecom companies are important stakeholders in this decision. The opinion of India’s largest mobile operators (Reliance Jio, Bharti Airtel and Vodafone Idea) can significantly influence the government’s decision on any future 5G policy. Pre-existing partnerships and economic rationales—such as low costs and better technology—will be crucial factors for Indian mobile operators when it comes to choosing a 5G supplier. Presently, India’s telecom service providers are under massive financial stress as they are facing high debts, low investments, and lack of revenues. This may severely incapacitate them form investing in new technology. Before the industry decides, however, it wants the government to take a definitive stand on the 5G question so that they can “future-proof” decisions.

A recurring concern for all nations—including India—has been operational risks and vulnerabilities related to security. A proposed way to offset security concerns is to boost indigenous development of the 5G technology—an important step given that India imports 90 percent of its telecom equipment. The government launched a three-year program for developing indigenous 5G test beds, with a budget authorization of Rs. 2.240 million (USD 31.5 million). Jio’s recent announcement that it has designed and developed a completely indigenous 5G solution—if it works on par with global standards—could be a game changer.

Nonetheless, as appealing as a home grown 5G solution would be, the push for indigenous development has been somewhat confounding. To put it simply, India is not a key player in technology design, development or the manufacturing of telecommunication equipment. India is yet to establish an innovative and globally competitive industry propelled by public and private support, with tie-ins to research, academia and universities. As India, and the world, is likely to enter a protracted state of economic hardship—it is unclear if the government would be able to provide financial incentives and support to build an indigenous 5G industry.

The 5G conundrum has quickly transformed into a technological cold war between the United States and China, accentuating great power rivalries and pushing the two countries towards an expected economic and technological decoupling. Some may condemn the United States’ stratagem as alarmist, protectionist and motivated by a perceived loss of tech leadership. However, critics would argue that Huawei’s entry in telecom networks could threaten national security and leave critical infrastructure vulnerable to risks of espionage and cyber attacks from China.

There can be only two scenarios for New Delhi: one, where it allows Huawei to supply India’s 5G network, or another, where it bans Huawei and other Chinese vendors. The first scenario would have grand implications for India’s bilateral relations with China, as well as the United States. Given the frosty ties between the two nations, this decision would be surprising to the Indian polity as well as India’s allies. However, India’s established defense and security arrangements with the United States will receive a severe setback, and the potential for surveillance risks will remain. On the other hand, rejecting Huawei and joining Washington’s clarion call may seem to be a natural choice, given India’s growing bilateral relations with the US. However, doing so could possibly lead to worsening of Indo-China ties and further alienate India from its own neighborhood.

But these are not the only considerations for India; it needs to make a decision and policy framework independently and provide the flexibility to choose a secure, reliable, and affordable supplier to install this new technology. Given how indigenous development of the technology are a long way ahead, equipment costs and economic viability are perhaps the biggest factor for the Indian industry at the present moment.

As New Delhi makes its decision, it should be cognizant of the challenge that it faces in devising a policy position that is responsive to both the economic and security aspects of this debate. During this phase of unprecedented technological transformation, geopolitical competition among the world’s two most important powers is only likely to become more pronounced. Other nations, including India, are well aware of the consequences of this unfolding dynamic and are preparing to meet the challenges of this emerging geopolitics of technology.