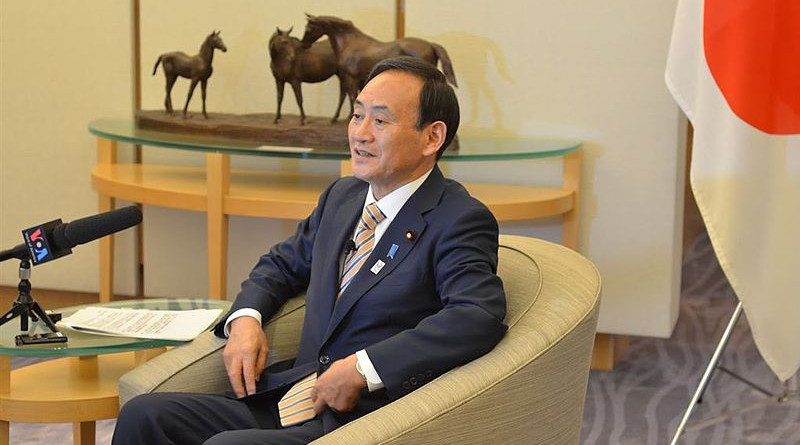 Prime Minister Shinzo Abe resigned from his post earlier this month due to health reasons; shortly after becoming the longest serving Japanese PM in the post-war period. On 16 September, Yoshihide Suga, one of the contenders to emerge in the aftermath, became the new prime minister. Suga worked as chief cabinet secretary in the Abe government, and was considered to be the closest to the former prime minister. His ascendance to the post is generally seen as bringing the least deviation to Abe’s domestic and foreign policies. In fact, most of the key ministers will remain the same, and even Abe himself will be available as special diplomatic adviser to the prime minister, and a member of the Japanese Diet.

However, some important changes heralded by the change in leadership should not be overlooked. The most important of these would be the rare domestic political stability Japan enjoyed under Shinzo Abe. He had a firmly established political pedigree, and his charisma contributed to his popularity. Yoshihide Suga might not have those advantages. Even though he is considered to be a hard-working and non-factional politician who has a stronghold within the party, his diplomatic vision and acumen are unknown. He also apparently does not enjoy the kind of political leverage that charismatic leaders like Abe did, which allowed the latter to take bold domestic and foreign decisions.

Prime Minister Suga’s first diplomatic phone conversation after taking oath was with Australian Prime Minister Scott Morrison on 20 September. He spoke to US President Donald Trump also on the same day. Both leaders reportedly talked about the COVID-19 pandemic, North Korean nuclear and abductee issues, the Indo-Pacific, and joint efforts to strengthen the global economy.

PM Suga and Chinese President Xi Jinping are scheduled to speak on 25 September. This will take in the midst of Japan-China cooperation in dealing with the pandemic. Both countries undertook bilateral diplomatic outreach before the pandemic began, and have been working to minimise obstacles to economic exchanges even as territorial disputes continue.

There is a possibility of Japan, under Suga, seeking to strengthen relations with the US while reducing confrontation potential with China. Suga has been elected to the Diet since 1996 from Yokohama, where many Chinese businesses are concentrated, and he was first endorsed for the prime ministerial position by the Liberal Democractic Party (LDP) Secretary General Toshihiro Nikai, who is known for his ‘soft’ view on China. This implies that the new Japanese government could seek to separate economic from security interests, and avoid an active involvement in US-China regional contestation.

The leadership change also has important implications for India. The long-held rapport between PM Narendra Modi and former PM Abe is definitely going to be absent in the new dynamic. Here, it is important to underline that while India and Japan enjoy bipartisan domestic support in strengthening bilateral relations, but the process was augmented by the Modi-Abe relationship. In its absence, India will have to become more proactive. This ties in with Indian External Affairs Minister Minister Dr S Jaishankar’s remarks in a 19 September speech, in which he suggested that India should take a “more ambitious approach to Japanese business.”

Even though India-Japan economic cooperation and complementarities are deep-rooted, and the relationship will proceed more or less along earlier established trajectories in the security and strategic domains, a role reversal in the latter can be anticipated. With ongoing military tension on the India-China border, New Delhi seems keener to enhance its emphasis on the Indo-Pacific strategy and QUAD. The Japanese articulation of both of these is not of the same significance. Over the past year, Japan has talked more about the Indo-Pacific “vision,” and avoided use of the term “strategy.” In fact, PM Suga is not in favour of a NATO-like security arrangement in Asia. Instead, he is interested in a network of middle power cooperation among Japan, ASEAN countries, India, and Australia.

Ultimately, however, India-Japan relations and bilateral and regional cooperation will continue on an even keel given the diversity and depth of the equation. Japan is the only country India has high-level arrangements such as the annual summit and 2+2 meeting with. Both countries have also been working together in several third countries, such as Sri Lanka, Myanmar, and Bangladesh. The spectrum of relations will keep India and Japan close to each other—even under the new Japanese leadership—but Abe’s departure, personal investment, and accompanying prioritisation of the relationship, may be missed in New Delhi.

The article Japan, India And The World: The Significance Of Yoshihide Suga As Prime Minister – Analysis appeared first on Eurasia Review.