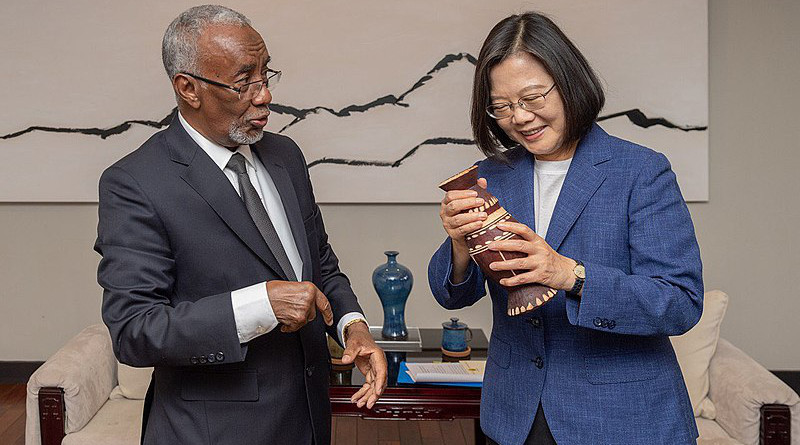 The recent accord between Taiwan and Somaliland, two states acknowledged by few others, is making waves.

The recent accord struck between Taiwan and Somaliland – two countries that few others recognise – seems to have rattled China and Somalia more than the relations of those two ‘pariah’ states with many other, recognised, states. Why?

On 17 August this year, Taiwan opened a representative office in Hargeysa, and on 9 September, Somaliland reciprocated by opening one in Taipei. Taiwan Foreign Minister Joseph Wu said his country had agreed to forge ties with Somaliland due to ‘friendship and a shared commitment to common values of freedom, democracy, justice and the rule of law.’

Somaliland President Muse Bihi Abdi likewise underscored that the accord between the two countries ‘is based on our common values of freedom and democracy’ in a speech delivered at the opening of the Somaliland office in Taipei. Both governments clearly wished to emphasise their differences with their larger, hostile, neighbours – undemocratic China and Somalia, also barely democratic.

However Abdi also stressed that the accord was being forged in ‘a spirit of mutual assistance that will never expose any harm whatsoever to the interests of other countries.’

Neither China nor Somalia were amused nor reassured however. China’s embassy in Mogadishu issued a statement saying the arrangement violated the One China principle and so was ‘illegal and will never be recognised by the People’s Republic of China.’

Mogadishu also released a statement condemning ‘Taiwan’s reckless attempts to infringe on the Sovereignty of the Federal Republic of Somalia and violate its Territorial Integrity.’ Somalia threatened to take necessary measures within international law to protect the country’s unity, sovereignty, territorial integrity and political independence.

Why the fuss? It’s not unprecedented for Taiwan to establish representative offices in foreign countries. It has 75, two of which are in South Africa, one in Nigeria and some in other African countries. They’re called ‘Taipei Representative Offices’ to indicate that they are not embassies or consulates, and that their purpose – at least officially – is not to embody political or diplomatic relations, but purely to boost commercial ties.

That is designed to placate Beijing’s obsessive hostility to anything that resembles official government recognition of Taiwan as an independent state by any country with which China has official diplomatic relations.

Somaliland also has similar representative offices in 22 countries. It unilaterally broke away from Somalia in 1991 and has since pursued a diverging path of peaceful and relatively prosperous development, contrasting sharply with its turbulent neighbour.

However, it is reported that although the Taiwan office in Hargeysa will deal only with economic and not political relations, it is not called a ‘Taipei Representative Office’ but instead a ‘Taiwan Representative Office’ – a subtle but significant difference. Likewise Hargeysa’s office in Taipei was labelled ‘Republic of Somaliland’ instead of just ‘Somaliland’ as many countries do to avoid offending Somalia.

Maybe it’s partly for that reason that Beijing was rattled by the accord, as it seems to point to something more than just economic relations. Though neither Taiwan nor Somaliland have said they intend to establish diplomatic relations, they also apparently haven’t ruled that out either. And quite a few commentators have reacted to the present accord as though it does already represent full mutual diplomatic recognition.

So for example David Monyae, Director for the Centre for Africa-China Studies at the University of Johannesburg, recently warned Taipei and Hargeysa in an article in The Star to be ‘careful in their premature diplomatic relations’ which would be ‘… dire for Africa. Somaliland will become a hot spot for the emerging New Cold War between the United States and China,’ he said, noting that the United States had welcomed the new deal.

Jama Musse Jama, Director of the Redsea Cultural Foundation and Managing Director of the Hargeysa Cultural Centre, believes the accord has annoyed China because Somaliland is essentially different from the 75 other countries where Taiwan already has representative offices.

‘It looks for recognition in a more aggressive way than those countries who may not need recognition at all; and the rumours that circulated of bilateral mutual recognition was something which worried (more than annoyed) China. And they were sure if Taiwan offered Somaliland formal recognition, Somaliland would immediately repay the favour. When China verified that was not an immediate risk, in fact they cooled down,’ he added.

But he also believes China remains wary of the deal because the Red Sea/Gulf of Aden region has recently become more strategic and politically sensitive – for example with the large foreign military presence, including that of China – in Djibouti.

‘And so China understood that the Taiwan-Somaliland relationship, if not stopped in time, might go beyond the declared economic bilateral relationship,’ Jama said.

He does not believe going to the next level of diplomatic relations is a priority for Taiwan or Somaliland now, though. Yet Taiwan’s President Tsai Ing-wen and her Democratic Progressive Party are growing more assertive about independence so that might eventually change.

Whether mutual recognition of two states that are barely recognised by any others will help or hinder each other’s independence cause seems like an objective imponderable because it’s such an unusual circumstance. But China and Somalia, at least, fear it will help.

Under the guidance of its main protector, the United States, Taiwan has long maintained strategic ambiguity about its intentions, never quite declaring independence for fear that that would provoke a military response from Beijing. Such a reaction would force the United States to retaliate.

For now, Taiwan and Somaliland seem to have decided that the prudent path to follow is also strategic ambiguity about the nature of their relationship.

It’s rather a pity that two states, officially pariahs – though far more successful than many states formally welcomed into the United Nations and the family of nations – should have to be so secretive. But perhaps that’s the price of survival.

The article A Pact Of ‘Pariahs’ Rattles Their Neighborhoods – Analysis appeared first on Eurasia Review.