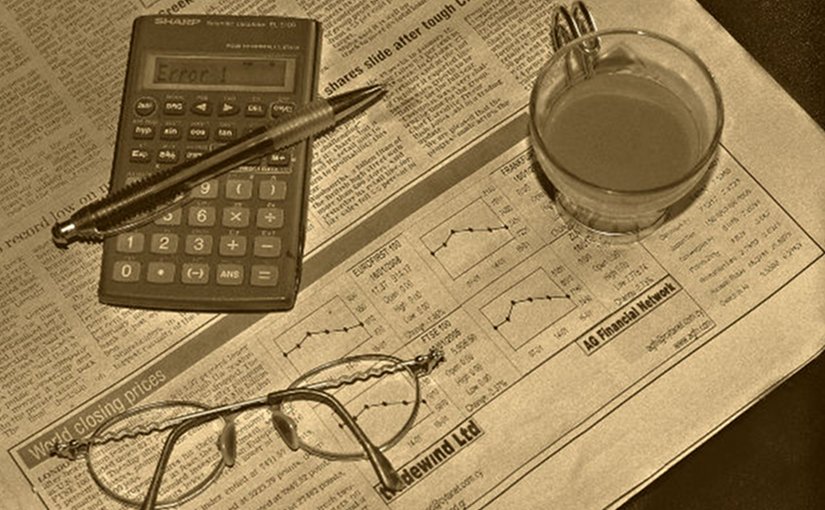 According to the modern portfolio theory (MPT), financial asset prices always fully reflect all available and relevant information, and any adjustment to new information is virtually instantaneous. In this way of thinking, asset prices respond only to the unexpected part of any information, since the expected part is already embedded in prices.

Should, however, the central bank raise interest rates by 1 percent, rather than the 0.5 percent expected by market participants, then the prices of financial assets will react to this additional increase.

This means that methods, which attempt to extract information from historical data, such as fundamental analysis or technical analysis, are of little help. For whatever an analyst uncovers in the data is already known to the market and hence will not assist in “making money.”

By this logic, stock market prices move in response to new, unexpected information. Since by definition the unexpected cannot be known, this implies that an individual’s chances of anticipating the general direction of the market are as good as anyone else’s chances.

The MPT assumes that investors are risk averse and they want high guaranteed returns. To comply with this assumption the MPT instructs investors on how to combine stocks in their portfolios to give them the least possible risk consistent with the return they seek. MPT shows that if an investor wants to reduce investment risk, he should practice diversification.

According to the MPT, a portfolio of volatile stocks can be combined together and this in turn will lead to a reduction of the overall risk of the portfolio. The guiding principle for combining stocks is that each stock represents activities that are affected by given factors differently. Once combined, these differences will cancel each other out, thereby reducing the total risk, so it is held.

Exactly the same result will be obtained for cold weather conditions. This example illustrates that through the magic of diversification, regardless of weather conditions one can obtain a risk-free 5 percent return on investment.

This example shows that as long as activities are affected differently by given factors there is a place for diversification, which will eliminate risk.

The systematic risk of stocks captures the reaction of individual stocks to general market movements. Some stocks tend to be more sensitive to market movements while other stocks display less sensitivity.

The relative sensitivity to market movements is estimated by means of statistical methods and is known as beta. (Beta is the numerical description of systematic risk). If a stock has a beta of 2 it means that on average it swings twice as much as the market. If the market goes up by 10 percent, the stock tends to rise by 20 percent. If, however, the stock has a beta of 0.5, then it tends to be more stable than the market.

Does the MPT Framework Make Sense?

The major problem with the MPT framework is that it assumes that all market participants have the same expectations about future securities’ returns. Yet if participants are alike in the sense of having homogeneous expectations, then why should there be trade?

After all, trade implies the existence of heterogeneous expectations. This is what bulls and bears are all about. A buyer expects a rise in the asset price while the seller expects a fall in the price.

It also means that since, on average, everybody knows the true underlying value, then no one will need to learn from past errors, since these errors are random and therefore any learning will be futile. In the words of Hans-Hermann Hoppe,

If everyone’s knowledge were identical to everyone else’s, no one would have to communicate at all. That men do communicate demonstrates that they must assume that their knowledge is not identical.1

Is Past and Present Information Already in Prices?

Is it valid to argue that past and present information is embedded in prices and therefore of no consequence in the forecast of asset prices?

For instance, a market-anticipated lowering of interest rates by the central bank, while being regarded as old news and therefore not supposed to have real effects, will in fact set in motion the process of the boom-bust cycle.

We hold that neither the timing of the economic bust nor the length of an economic boom can be discounted as such by market participants. For instance, what typifies an economic bust is that before it starts most investors tend to be very optimistic about the business environment—the bust catches them by surprise.

Also, various factors, once set in motion, initially only affect some individuals’ real income. As time goes by however, the effect of these causes spreads across a wider segment of individuals. These changes in the real incomes of individuals generate changes in the relative prices of assets. To suggest, then, that somehow the market will quickly incorporate all the future changes of various present causes without telling us how it is done is questionable.

Now, the guiding principle of the MPT for combining stocks is that each stock represents activities that are affected by given factors differently. Once combined, these differences will cancel each other out, thereby reducing risk.

However, it does not necessarily always work this way. During a large financial crisis, various asset prices that normally have an inverse correlation become positively correlated and fall together.

Furthermore, in an attempt to minimize risk, practitioners of the MPT tend to institute a high degree of diversification. Having a large number of stocks in a portfolio might leave little time to analyze the stocks and understand their fundamentals. This could raise the likelihood of putting too much money in bad investments.

Should Investors Focus on Risk Rather Than Profit Opportunities?

Given that securing profit in the MPT framework is dominated by random factors, the emphasis in the investment decision of this framework is on diversification in order to minimize risk.

But an investor who is preoccupied with risk rather than identifying profit opportunities is likely to undermine himself. On this Mises wrote,

There is no such thing as a safe investment. If capitalists were to behave in the way the risk fable describes and were to strive after what they consider to be the safest investment, their conduct would render this line of investment unsafe and they would certainly lose their input….The owner of capital does not choose between more risky, less risky and safe investments. He is forced, by the very operation of the market economy, to invest his funds in such a way as to supply the most urgent needs of the consumers to the best possible extent. A capitalist never chooses that investment in which, according to his understanding of the future, the danger of losing his input is smallest. He chooses that investment in which he expects to make the highest possible profits.2

As time goes on, I get more and more convinced that the right method in investment is to put fairly large sums into enterprises which one thinks one knows something about and in the management of which one thoroughly believes. It is a mistake to think that one limits one’s risk by spreading too much between enterprises about which one knows little.3

The article Should Investors Focus On Risk Rather Than Profit? – Analysis appeared first on Eurasia Review.