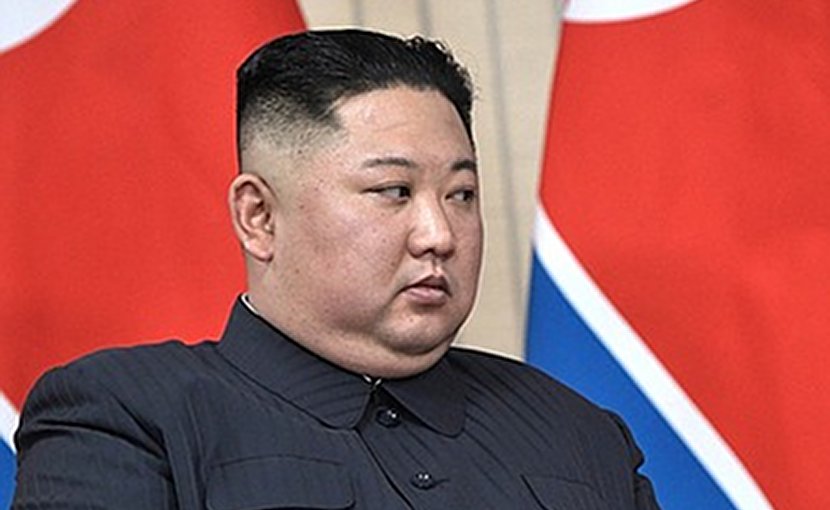 Kim’s apology for the shooting on Tuesday came in a letter to South Korean President Moon Jae-in, one day after Seoul gave an account of the incident that said North Korean soldiers had shot and killed the fisheries official, doused him with gasoline, and burned his corpse.

“Chairman Kim Jong Un said to convey that he feels deeply sorry for giving President Moon Jae-in and the people of South Korea a huge sense of disappointment due to the unintended, unfortunate incident in our waters, especially when the South Korean people are struggling under the threat of the coronavirus,” presidential advisor Suh Hoon quoted the letter as saying.

Suh confirmed that the letter was in response to demands for an explanation for what happened. He said the letter also promised that such incidents would not recur in the future.

Following initial news reports about the incident, Moon had called the killing “unpardonable.”https://www.youtube.com/embed/0oU8QDnoHZA

The shooting victim was an official of South Korea’s Ministry of Oceans and Fisheries. He had gone missing while at sea on Monday and was spotted in the water north of the maritime border with a life jacket and a floatation device.

According to the North Korean version of events, the man did not respond to orders to identify himself.

“Our soldiers fired about 10 shots at the illegal intruder, based on a decision made by our ship’s captain and according to operational guidelines of maritime security,” according to the North’s message, presented by Suh.

When they went to examine his floatation device, they found copious amounts of blood, but no body, the message said.

“Our military concluded that the illegal intruder was shot and killed, and burned his floatable device according to our epidemiological regulations,” the North’s explanation read.

The South Korean government earlier said the man was facing financial distress and was trying to defect to the North, but his family on Friday denied that this had been his intention.

The shooting came only one day after Moon had extended an olive branch to North Korea—calling for a formal end to the 1950-53 Korean War, replacing the 57-year-old armistice with a peace treaty, a demand of Pyongyang in talks with the South. The two leaders had also exchanged letters earlier this month.

A spokesperson from the U.S. Department of State told RFA it supported South Korea’s condemnation of the incident and joined Seoul in calling on Pyongyang to provide a full explanation but acknowledged said that Kim’s apology was a “helpful step.”

Analysts parsing Kim Jong Un’s motives for responding swiftly to an incident that was stoking anger in South Korea said they saw a mix of crisis management and strategic calculations. Pyongyang faces the double squeeze of U.N. and U.S. sanctions aimed at halting cash for North Korea’s nuclear and missile programs, and the closure of the border and shutdown of all trade with China.

“It also fits with the assessment that North Korea wants a deal involving sanctions relief, in which case inter-Korean cooperation would be crucial for Pyongyang,” he said.

“It is noteworthy that North Korea issued an apology rather than regrets, as it has done in the past. This seems to me clear proof that Pyongyang genuinely wants to resume inter-Korean relations when possible, and that it doesn’t want this horrible incident to derail bilateral links,” he said.

Harry Kazianis, the director of Korean Studies at the Washington-based Center for the National Interest, told RFA the apology was a calculated move.

“North Korea, and especially Kim Jong-un, never make any move unless it has been carefully thought out, all of the costs and benefits weighed and all reactions by the other side considered. In the case of this apology, while I am happy to see what seems like a sincere expression of regret and apology, at the same time, it is not shocking if one considers the situation North Korea is in at the moment,” he said.

“I think this is a sincere apology, but clearly done with a strategic intent,” he added.

David Maxwell of the Foundation for the Defense of Democracies said Seoul and Washington “should not be duped by this apology.”

“Kim is conducting his usual political warfare with Juche characteristics,” he told RFA, referring to the North’s guiding ideology.

“I fear this unusual apology will be misinterpreted as Kim is changing his ways and will actually be used as justification for advancing engagement with the North because Kim has apologized and expressed sincere regret,” said Maxwell.

“But he will spin–and is spinning–this incident in a way to set up getting such concessions,” he said.

As word of the incident reached North Korean trade officials in China, they told RFA there was a shared sense of shock at the killing.

“Trade officials in China were all shocked by the terrible atrocity committed by North Korean authorities,” said a trade official stationed in Dandong, China, just across the Yalu River from North Korea told RFA.

““North Korean trade officials here in China are criticizing the authorities for killing a South Korean, who comes from the same ethnic roots. They wonder how they could take the man’s life as if he were a fly,” said the source, who requested anonymity for security reasons.

Another North Korean trade official stationed in Dalian said his colleagues there were equally shocked by the incident.

“Since February, when the coronavirus crisis began, the supreme leadership has punished numerous senior officials in various areas, including border areas, for failing to properly manage the coronavirus quarantine, and now they committed a brutal act of killing an innocent South Korean civilian,” the second source said.

“What’s scarier than the coronavirus is the behavior of the supreme leadership, which thinks nothing of killing people.”

The shooting incident was the first time North Korea has killed a South Korean citizen since a 2008 incident in which an elderly Southern tourist at the inter-Korean Mount Kumgang tourist region was shot and killed for straying into a military area. North Korea did not apologize for that killing.

Following that incident, Seoul suspended tours to the resort, which had been an important source of revenue for the North Korean government.

From October 15, 2019: A couple of weeks ago, Lawfare and the Strauss Center for International Security and Law sponsored a series of panels at the Texas Tribune Festival. For this episode, we bring you the audio of our Tribfest event on domestic terrorism—what it is, how we define it, how we outlaw it, and what more we can do about it.