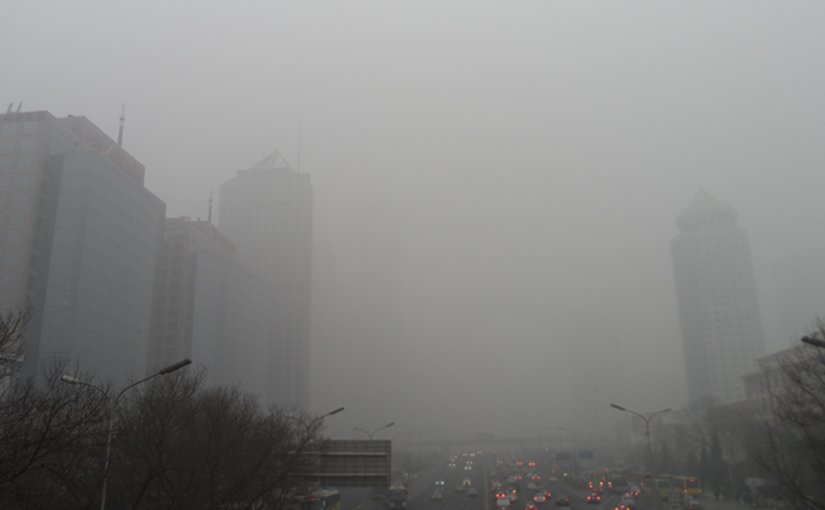 In a rare admission of China’s continuing smog problems, a top environmental official has signaled that residents should be ready for a return of “heavy air pollution” in Beijing and the surrounding region this fall.

The warning of rising emissions from economic development in the near term stands in sharp contrast with President Xi Jinping’s pledge this week to make China “carbon neutral” four decades from now.

On Tuesday, Xi surprised environmental advocates by setting new goals for China’s carbon releases to reach a peak before 2030 and net-zero emissions before 2060.

But present-day problems and economic pressures are likely to slow progress toward the climate targets that Xi announced in a taped address to the U.N. General Assembly’s annual meeting.

“China would need to reverse recent emissions trends,” The New York Times said in a commentary.

Li Shuo, a Greepeace China policy adviser, said the lack of details “was probably intended to leave the Communist Party leadership flexibility in the short term to pursue an economic rebound following the pandemic,” The Times reported.

The recent smog warning suggests it could be years before China resolves the conflict between economic and environmental objectives. China’s smog and climate problems have been running on separate tracks, but both are affected by economic development.

On Sept. 11, Zhao Yingmin, vice-minister for ecology and environment, offered a frank assessment of the causes for poor air quality in the region that includes China’s capital, the port city of Tianjin and adjacent Hebei province.

“The quantity of most pollutants detected in the region exceeds the environment’s capacity by more than half, which is the root cause for heavy air pollution,” said Zhao, the official English-language China Daily reported.

“Air pollutants per unit of land in the region are two to five times the national average,” Zhao said.

In response to a reporter’s question at a policy briefing, Zhao pointed to “clusters of heavy chemical plants, heavy reliance on coal burning for energy and on road vehicles for freight transport” in the Beijing-Tianjin-Hebei region.

The findings were the result of a three-year investigation into the causes of smog problems and their solutions, particularly in the fall and winter heating seasons, Zhao said.

The briefing followed a Sept. 2 decision by the cabinet- level State Council at an executive meeting chaired by Premier Li Keqiang to improve air quality efforts on the basis of the investigation.

Li said that “controlling air pollution and improving air quality is a matter of concern to the public, and the government must step up science-based treatment measures and promote green development.”

The council called for changes in energy use for industries including steel, petrochemicals and construction materials as well as increased shipment of commodities by rail and the use of new energy vehicles for urban deliveries.

China has gradually improved air quality in recent years, but the pace of progress has been mixed.

The government cited Ministry of Ecology and Environment data showing a 10-percent drop in concentrations of fine airborne particles known as PM2.5 in 337 surveyed cities in the first half of the year and a 16.7-percent cut in the Beijing-Tianjin-Hebei region.

The reports were unclear whether the comparisons were to the comparable year-earlier period or for readings over six months.

In August, Beijing municipal authorities reported that PM2.5 concentrations in January through July were down 6.7 percent year-on-year to 42 micrograms per cubic meter.

But beyond the data and policy decisions, there appeared to be an acknowledgment that previous clean air initiatives had fallen short of their goals.

The government made a major push to improve Beijing’s air quality by banning coal for heating in surrounding cities before the winter of 2017-2018, but the abrupt order backfired when many natural gas connections could not be completed in time and prices for gas soared.

The National Development and Reform Commission (NDRC), China’s top planning agency, quickly moderated the fuel switching policy midway through the heating season and reduced pressure for conversions in the following year as the economy slowed.

Efforts to shore up economic growth became a higher priority in 2019 as the government eased seasonal production restrictions on steel, a major contributor to coal burning and carbon emissions in the industrial northeast.

This year, steel production has set monthly records, even as China struggled to recover from the economy’s 6.8-percent contraction in the first quarter.

Approval of new coal-fired power projects at the provincial level has also continued to spur the economy, raising further doubts about the central government’s priority for air quality and climate change goals.

The State Council’s latest decision and Zhao’s statement on the causes of pollution, particularly in fall and winter, leave it unclear whether any tougher steps will be taken in time for this year’s heating season, as in 2017.

The government may only be marking the conclusion of the environment ministry’s three-year investigation, postponing major measures until economic recovery becomes clear.

Earlier this month, an analysis by the Oxford Institute for Energy Studies (OIES) concluded that the rapid growth of China’s oil demand over the past two decades is set to slow down due to the effects of government policies in support of electric cars and other new energy vehicles (NEVs).

Although strong increases in crude buying and refining in the second quarter suggest “an accelerated growth trajectory going forward, the government’s recovery package and its focus on electrification will in fact weigh on oil demand in the medium term,” wrote Michal Meidan, director of the OIES China Energy Program.

This month, the Beijing Municipal Ecology and Environment Bureau reported that more 350,000 all-electric vehicles were operating in the city out of a total of 6.53 million motor vehicles, according to the official Xinhua news agency.

Despite the slowdown in oil demand growth, China’s refiners are still planning to add capacity, but not for production of fuels. Instead, they are seeking to shift their focus to production of petrochemicals, Meidan said.

The plans for upgrading production to petrochemicals could come into conflict with the government’s environmental goals following the ministry’s pollution investigation, which specifically cited the existing concentrations of chemical plants.

In an email message, Meidan suggested that the government is trying to find a way to advance both the economy and environmental controls.

“The goal I think remains to move toward more efficient processes both for coal-fired power plants and in chemicals,” Meidan said.

“Part of the problem remains small chemical plants or dispersed coal, but the plan going forward remains to consolidate into bigger and more efficient plants which emit less,” she said.

“On balance, the government is likely to prioritize pollution control this winter but likely leaving many of the concrete measures up to provinces,” said Meidan.

On Sept. 11, Li made clear in a teleconference with Communist Party members that the government is sticking with its policy of promoting economic growth by cutting red tape and delegating power to lower levels.

Environmental groups have criticized the policy of delegating authority to the provinces for approving coal- fired power projects since 2015, citing a wave of underutilized and polluting new plants.

“There is no evidence that the environment is high on the agenda in the short-term, nor that China is taking advantage of the crisis to accelerate the low-carbon energy transition,” said Andrews-Speed.

“Rather, the economy, employment and, more recently, self- sufficiency are the top priorities,” he said.

On Tuesday, China’s top climate change adviser held out hope that the government would announce detailed targets for carbon emissions by the end of the year.

But China may have inadvertently telegraphed its policy priorities in a Sept. 19 Xinhua report on electricity use in August, which rose 7.7 percent from a year earlier, 5.4 percentage points higher than the increase in July, according to the NDRC.

“China’s electricity consumption, a key barometer of economic activity, further improved last month thanks to the country’s efforts in boosting growth amid the COVID-19 slowdown,” the Xinhua report said.

From an environmental standpoint, a big increase in power use could hardly be called an improvement, since about two- thirds of China’s electricity is generated from coal.