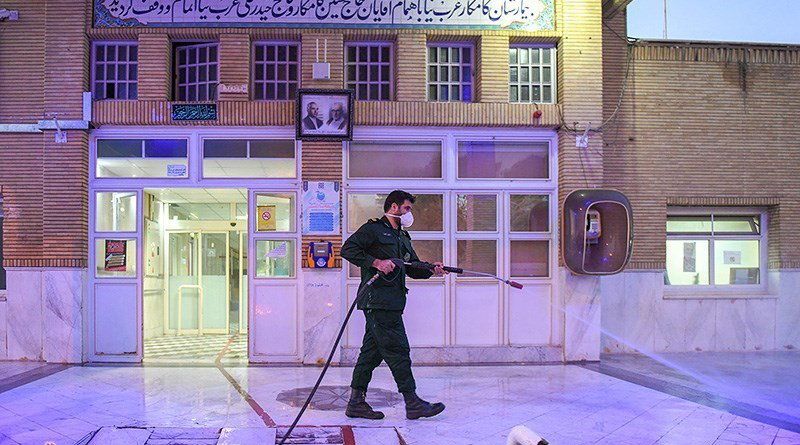 Iranian President Hassan Rouhani announced that some new restrictions will be imposed in society if protocols are not followed up and a new wave of coronavirus starts.

President Rouhani made the remarks at a meeting held in Tehran on Thursday with participation of  heads of committees on anti-coronavirus headquarters across the country.

President Rouhani, meantime, called for complete implementation of medical and social protocols  as preemptive measures to fight the deadly virus.

Since its outbreak in December 2019, the deadly coronavirus pandemic has killed near one million people worldwide, while the number of the dead in Iran is over 25,000.

The Iranian health ministry announced on Thursday that 3,521 new cases of coronavirus infection have been identified across the country during the past 24 hours, adding that 175 patients have passed away during the same period.

“3,521 new patients infected with COVID-19 have been identified in the country based on confirmed diagnosis criteria during the past 24 hours,” Iranian Health Ministry Spokeswoman Sima Sadat Lari said on Thursday, and added, “1,569 patients have been hospitalized during the same time span.”

She further added that the total number of COVID-19 patients has increased to 436,319.

“Unfortunately, 175 patients have passed away in the past 24 hours, increasing the number of the dead to 25,015,” the spokeswoman noted.

Lari expressed satisfaction that 367,829 coronavirus patients have recovered or been discharged from hospitals so far.

The spokeswoman further said that 3,957 cases infected with COVID-19 are in critical conditions.

She went on to say that 3,854,827 coronavirus diagnosis tests have so far been conducted across the country.

Lari said that 29 provinces are still in red condition or the status of alert.

President Rouhani announced last Thursday efforts to increase the number of hospital beds in medical centers amid the country’s hard battle against the coronavirus outbreak and US sanctions.

Inaugurating several important national projects through video conferencing, Rouhani said that by the end of the current Iranian year (March 20, 2021) more than 10,000 beds will be added to the current capacity of hospitals across the country.

Early in August, President Rouhani lauded Iranians for observing coronavirus-related instructions set by the health ministry, and noted that obligatory protocols will persist until discovering the vaccine.

Everybody should follow the instructions announced by the National Anti-Coronavirus Campaign Headquarters so that we overcome the virus and the related vaccine is made, Rouhani noted.

Those provinces which had already been in red conditions passed the coronavirus peak today, President Rouhani said.

He appreciated the nation for cooperating with the health officials in fighting the COVID-19.

Rouhani said in June that over 1,000 medical centers in the country have received necessary equipment to conduct tests on people suspected of infection to coronavirus, and added that Iran ranks first in the Muslim world in scientific achievements.

“Based on a report [by the health ministry], 1,200 centers across the country are ready to take samples and tests from people and 17,500 nursing and health homes are also prepared to provide hygiene and treatment services to people,” Rouhani said, addressing a meeting of the national coronavirus campaign headquarters in Tehran.

Also, last month, he said that 1,500 hospital beds for special cases have also been added to the capacity of the country’s medical system since the outbreak of coronavirus in the country, noting that 2 drug production lines are also added every month to the country’s pharmaceutical capacity.

The coronavirus COVID-19 is affecting approximately all countries and territories around the world. The virus was first reported in the central Chinese city of Wuhan late last year. It has so far killed over 982,600 people and infected more than 32.1 million others globally.

The Iranian foreign ministry declared that despite Washington’s claims of cooperation to transfer drugs to Iran via the new Swiss-launched payment mechanism, the US is troubling the process amid the coronavirus outbreak in the country.

Although US claims that medicines and medical equipment are not under sanctions, they have practically blocked the transfer of Iran’s financial resources in other countries into the Swiss Humanitarian Trade Arrangement (SHTA), former Iranian Foreign Ministry Spokesman Seyed Abbas Mousavi said.

As the death toll from the virus surges, Iran intensifies its preventive safety measures. Closures of schools and most universities have been extended until further notice.

Rouhani on Saturday September 12 blasted the US administration for blocking the country’s efforts to receive loan from the International Monetary Fund (IMF) to fight against coronavirus, saying that the American officials have forgotten humanity.

“We demanded the IMF for $5bln to assist us during the coronavirus outbreak for vaccine and medicine; all parties have voiced their agreement, but the US does not allow us to take the loan. They have distanced themselves from humanity to such an extent,” Rouhani said.

He added that even the friendly states whose banks are holding Iran’s money have been pressured by the US not to provide the country with access to its assets.

“History has not witnessed such a crime, as you may not find any other country that cannot withdraw money from foreign banks to purchase and import medicine for its people,” Rouhani said.

He, meantime, said that the Americans are angry with the Iranian government’s appropriate management of the coronavirus outbreak despite the harshest-ever sanctions imposed on the country.