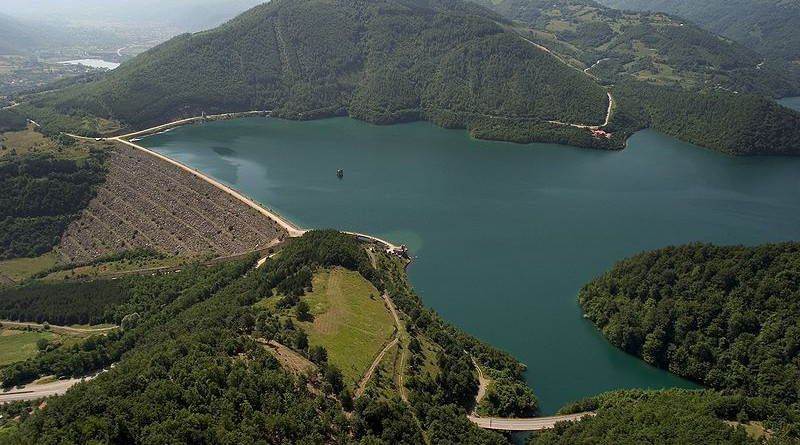 (RFE/RL) – An off-the-cuff remark may help solve a diplomatic impasse and leave its mark on the Balkan map.

Kosovar Prime Minister Avdullah Hoti has welcomed a suggestion to rename a lake that is in both Kosovo and Serbia after U.S. President Donald Trump.

The body of water is known by Serbs as Gazivoda Lake and by Kosovars as Ujman Lake.

What to call it was just one of many disagreements Serbian and Kosovar negotiators faced during U.S.-mediated talks that ended with the two sides signing an agreement to normalize economic ties at the White House on September 4.

During those negotiations, Richard Grenell, Trump’s special envoy for Serbia-Kosovo peace talks, reportedly suggested — apparently half-jokingly — that the lake be named after Trump to overcome the impasse.

“I have welcomed Ambassador Grenell’s proposal for Ujman Lake to be called President Trump Lake, in a sign of honor for his extraordinary role in reaching a historic agreement on normalizing economic relations between the Republic of Kosovo and Serbia, as a big step towards the final political agreement, which should result with mutual recognition,” he wrote.

An image of a banner reading “Lake Trump” at a dam on the lake – which provides most of Kosovo’s drinking water — was posted to social media on September 24 and shared by Grenell on Twitter.

In his Facebook post, Hoti noted that “Kosovo has named several squares after American personalities, including Presidents Clinton and Bush, Senator Bob Dole, Secretary of State Madeleine Albright, in honor of their role in Kosovo’s freedom and independence from Serbia.”

Kosovo’s war of independence from Serbia left more than 10,000 people dead — most of them ethnic Albanians from Kosovo. More than 1,600 people remain unaccounted for. The fighting ended after a 78-day NATO air campaign against Serbia.

Kosovo, which has a largely ethnic Albanian population, declared its sovereignty in 2008, a move recognized by many Western states but not Serbia or its allies Russia and China.