Democratic frontrunner Joe Biden again misrepresented his previous stance on the Iraq war, claiming he “came out against the war” the “moment it started” despite defending his vote to authorize force in Iraq months after the war began.

After laughing at the notion that critics question his judgement on foreign policy, Biden inaccurately defended his record on the Iraq War in an interview with the NPR Politics Podcast. While acknowledging his Senate vote to authorize the war, Biden claimed he opposed combat efforts as soon as the “shock and awe” bombing campaign and invasion began.

President George W. Bush “said he needed the vote to be able to get inspectors in, into Iraq to determine whether or not Saddam Hussein was engaged in dealing with a nuclear program,” Biden said. “He got them in, and before we know, we had ‘shock and awe.'”

“Immediately, the moment it started, I came out against the war at that moment,” Biden claimed.

Biden voted in favor of the 2002 Iraq invasion as a senator, saying at the time he did not believe the vote represented a “rush to war,” but rather a “march to peace and security.”

Biden doubled down on his support for the war in a July 2003 Senate Foreign Relations Committee hearing. Biden said he “voted to go into Iraq,” and he’d “vote to do it again.”

Biden has attempted to deny his support for the war. He told CNN’s Jake Tapper he was “opposed to the effort and outspoken as much as anyone” from “the moment ‘shock and awe’ started” during the July Democratic debate.

In his interview with NPR, Biden also touted his role in removing American combat troops from Iraq, claiming the Obama administration “won” the conflict.

“When the president and I, President Obama and I, won… he gave me the objective of getting American combat troops out of Iraq, which we did, and it was the right decision,” he said.

Washington Post factcheckers previously awarded Biden two Pinocchios for a similar claim made during the first Democratic presidential debate, writing that “Biden had a big hand in withdrawing U.S. forces from Iraq during Obama’s first term…. But he was still the vice president during Obama’s second term, when thousands of U.S. troops returned to the country.”

“The Islamic State gained a foothold in Iraq in large part because U.S. forces had withdrawn,” added the Post (emphasis in the original).

NPR concluded the Iraq segment by fact-checking Biden, saying “Biden told us that he opposed the war in Iraq from the moment it started, but the reality is murky.” 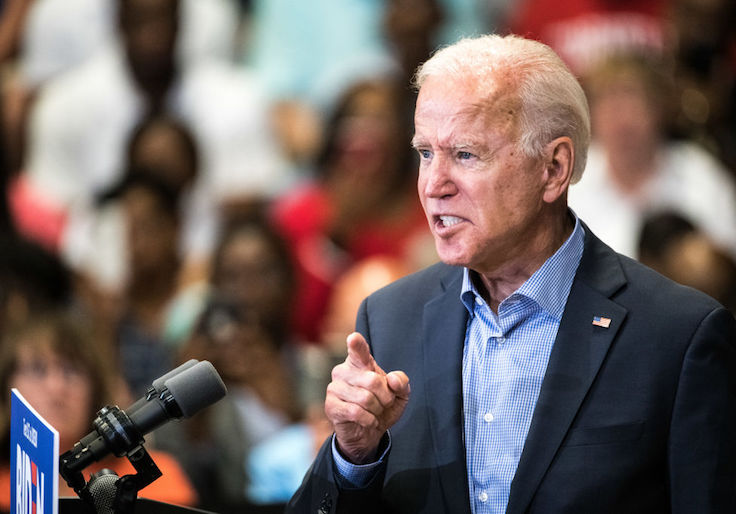