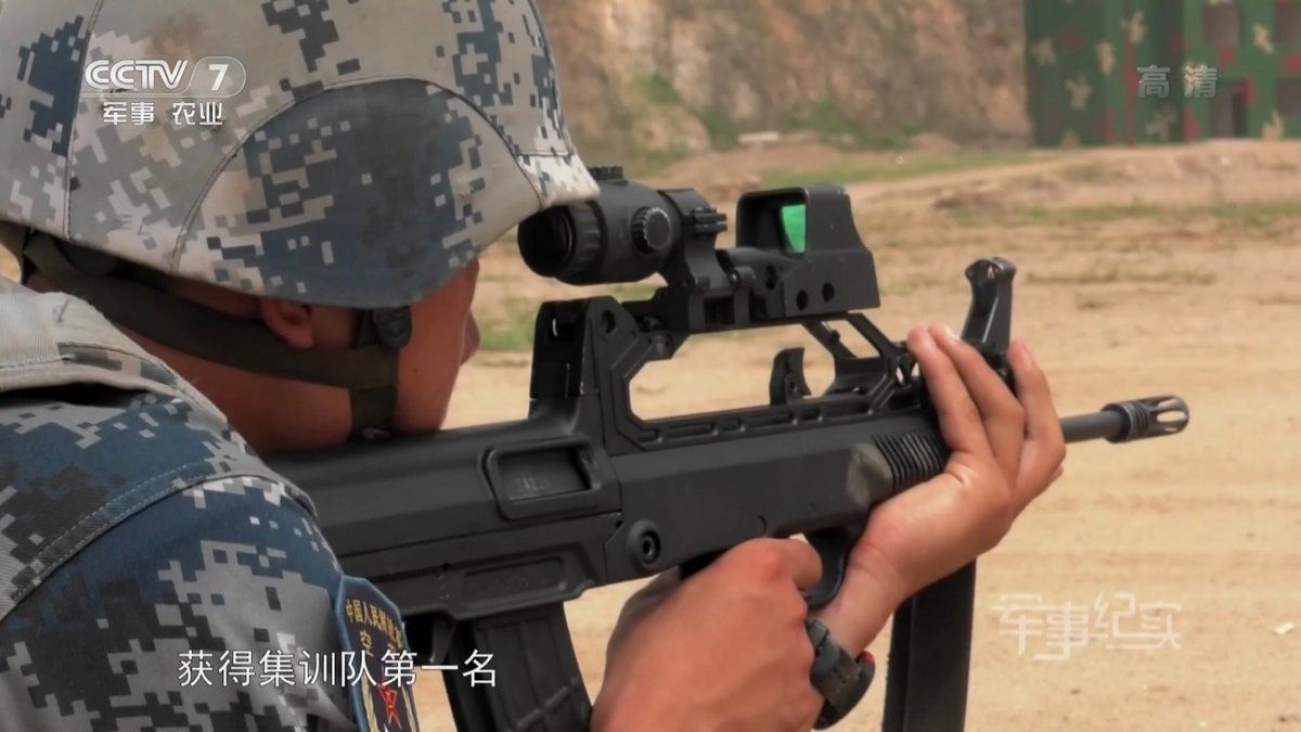 How dangerous is it?

Unlike U.S., NATO, and Russian assault rifles that use 5.56 or 5.45-millimeter cartridges, the Chinese weapon uses a locally designed 5.8×42 round. Exactly why China chose to develop an entirely new round is unknown, although it could be for security reasons. The 5.8-millimeter round offers improved ballistics performance over the U.S. Army’s 5.56-millimeter M855 round when that round is fired from the M4A1 carbine. This may be a function of the slightly larger round, pushed by slightly more propellant out of a longer (20” vs. 14.5”) barrel.

One of the most widely issued—but least known—infantry small arms is the QBZ-95-1 assault rifle. The QBZ-95-1 is the official rifle of the People’s Liberation Army (PLA) and its various sub-branches, including the People’s Liberation Army Navy Marine Corps. Unorthodox in appearance, the bullpup QBZ-95-1 also fires an unusual 5.8-millimeter cartridge. The result is a unique weapon symbolic of China’s attempt to go its own way in the world of military small arms.

China was one of the largest land powers of the twentieth century—though not exactly the most powerful. The People’s Liberation Army, both before and after the end of the Chinese Civil War, was predominantly an infantry army with millions of trained ground troops. After the civil war, China’s “People’s War” military doctrine stressed defensive wars, in which invaders were lured deep into the Chinese interior and then destroyed by a combination of regular and guerrilla forces.

The 1991 Gulf War, in which a rapidly moving U.S.-led coalition swiftly destroyed a larger Iraqi Army (often equipped with Chinese weapons) was a seismic event in Chinese defense thinking. The People’s Liberation Army was thoroughly revamped, and part of that revamping was the introduction of a new generation of infantry small arms. Older weapons, including the Type 68 and Type 56 assault rifles were retired.