A Washington Free Beacon analysis of Facebook data available from 2020campaigntracker.com shows Biden’s advertising on the social media platform has only focused 15 percent of its dollars to target people aged 13-44, even though those ages represent about 40 percent of all registered voters.

The data examined ranged from June 1 to Aug. 17.

By comparison, presidential candidates Vermont senator Bernie Sanders (I.) and Andrew Yang have targeted 68 percent and 81 percent of their Facebook advertising to the 13-44 age range. 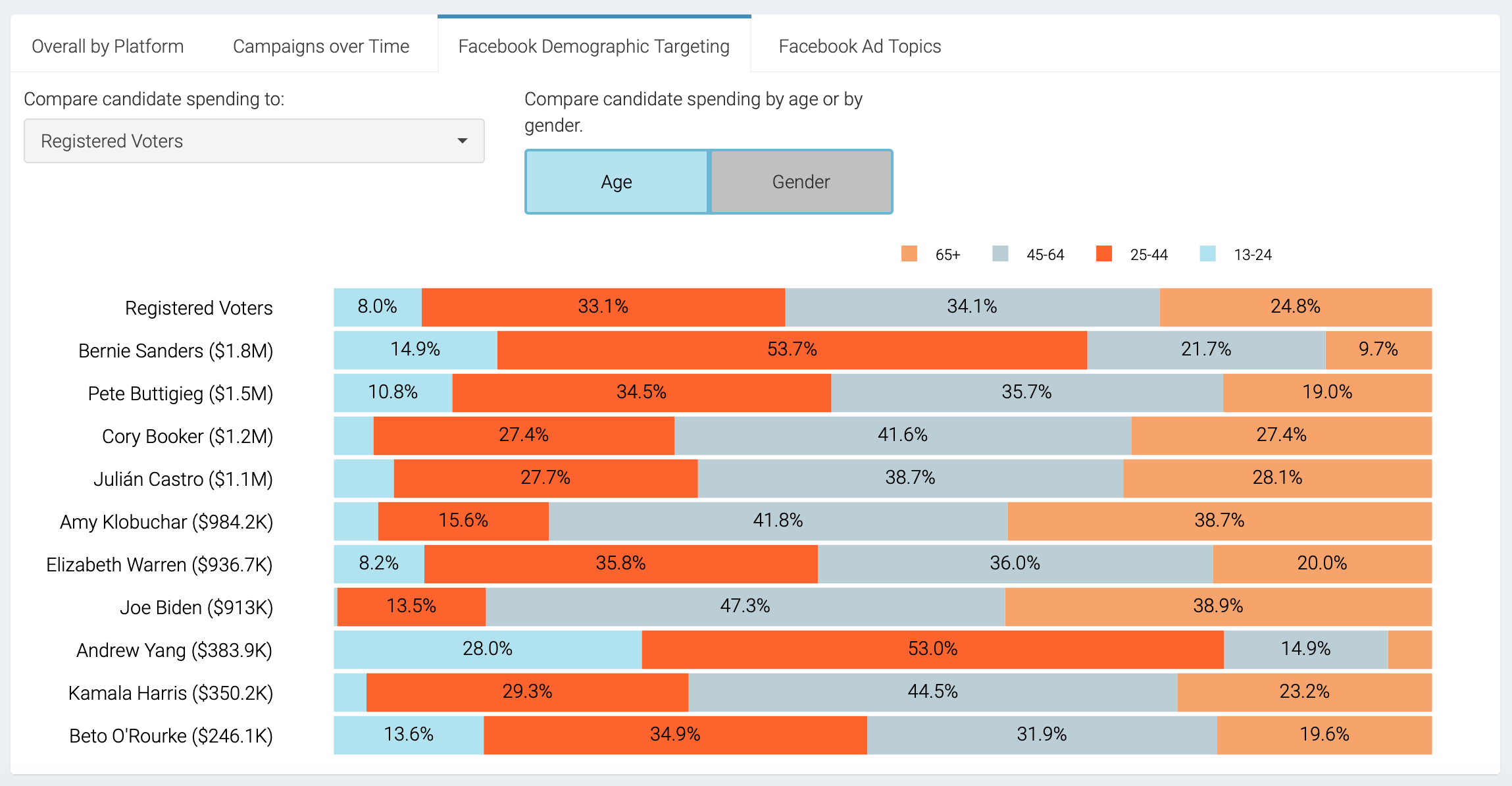 Recent polls have highlighted Biden’s weakness with younger voters even as he remains atop the Democratic field.

“A Pew Research Center poll out this past week shows that while Biden is doing well with voters age 50 and up, he is struggling to win over adults under the age of 30,” the Hill reported.

A day after the Monmouth poll was making news, Biden’s team announced the launch of a “Students for Biden” group.

“Young Americans are the future of this country and the results of the 2020 election will have a significant impact on their lives and those of generations to come,” a campaign manager for Biden told the Washington Examiner.

Younger voters have long been inclined to vote Democrat, and Democrats have sometimes relied on strong turnout from that demographic, even if younger voters are less reliable when it comes to turnout.

“If he wants to reactivate the Obama coalition that helped Obama win two elections, he won’t be able to do it without younger voters,” one Democratic strategist told the Hill. “There’s just no way around that.”

In 2018, the youth vote surged dramatically when compared to the previous non-presidential cycle of 2014. That surge was crucial to the Democrats winning the House majority.

Now, some Democrats are struggling with whether Biden is too old to be the nominee in 2020.

“I liked Biden as vice president, but Joe has seen his days,” Sarah Morris of Vermont told Vox.

“I think he’s too old,” she said at an Elizabeth Warren event in New Hampshire.

A website with job postings for the Biden campaign shows a listing seeking a “National Youth Vote Director,” which has been available since mid-July, according to captures of the site made by the Internet Archive.

Requests for comment from the Biden campaign were not returned. 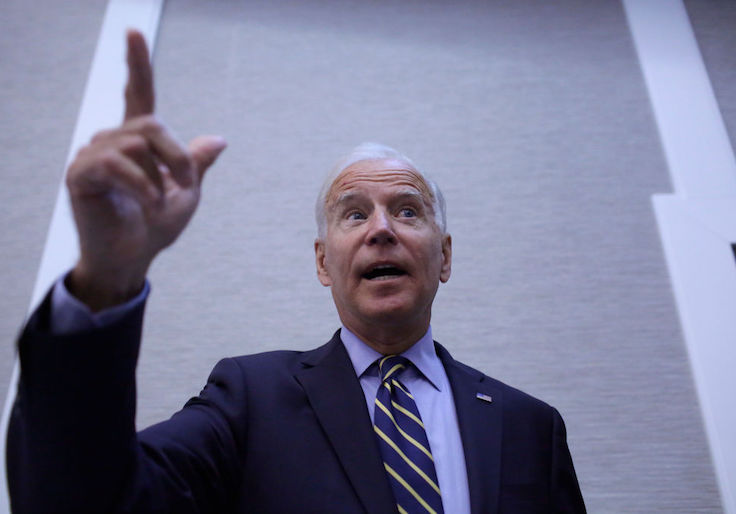