The Department of Justice indicted 35 drug traffickers who collectively participated in a conspiracy to sell tons of highly potent drugs in eastern Virginia.

Over a three-day period, 120 law enforcement officers representing 30 agencies conducted a mass arrest of alleged conspirators responsible for a massive drug ring. Authorities seized 24 firearms, 30 kilograms of heroin, five kilograms of cocaine, $700,000 in cash, and 30 kilograms of fentanyl—the powerful opioid responsible for the surging number of overdose deaths in recent years. The fentanyl seized in the raid is enough to kill more than 14 million people—roughly the population of New York City, Los Angeles, and Houston combined—according to the Department of Justice.

“This operation, through its seizure of scores of kilograms of illicit narcotics, saved lives in the Eastern District and elsewhere,” G. Zachary Terwilliger, U.S. attorney for the Eastern District of Virginia, said in a statement. “Any day where we can do that is particularly meaningful and impactful.”

The large-scale trafficking ring began in March of 2016, according to the indictment. Its participants purchased and received narcotics from suppliers in California, New York, and even Mexico. They allegedly had illicit cocaine, heroin, fentanyl, and cocaine base shipped to Virginia in privately owned vehicles, concealed using “hidden traps.”

The ring met in businesses throughout Virginia, including in Newport News, Hampton Roads, and Richmond. Over the course of the three-year operation, the 35 individuals charged in the indictment engaged in armed distribution of drugs—a separate felony offense.

The alleged conspiracy relied on modern communication technology to evade detection by the authorities. According to DOJ, conspirators used Facebook, FaceTime, and WhatsApp, taking advantage of encrypted software to conduct day-to-day transactions. They additionally relied on pre-paid, anonymous cellphones, which they would change frequently to cover their tracks.

“The DEA will continue to prioritize operations like this one, which target the criminal organizations that bring dangerous drugs and violence into our communities here in Virginia,” Jesse R. Fong, DEA Washington Field Division Special Agent in Charge, said in a statement. “We stand united with our outstanding federal, state, and local law enforcement counterparts in this endeavor.”

The Virginia arrests represent the second major bust announced by the Department of Justice in the past week. On Wednesday, the agency announced that it had shut down a major ring of pharmacies and “pill mill” pain clinics that were allegedly responsible for the illicit distribution of more than 23 million opioid pills. 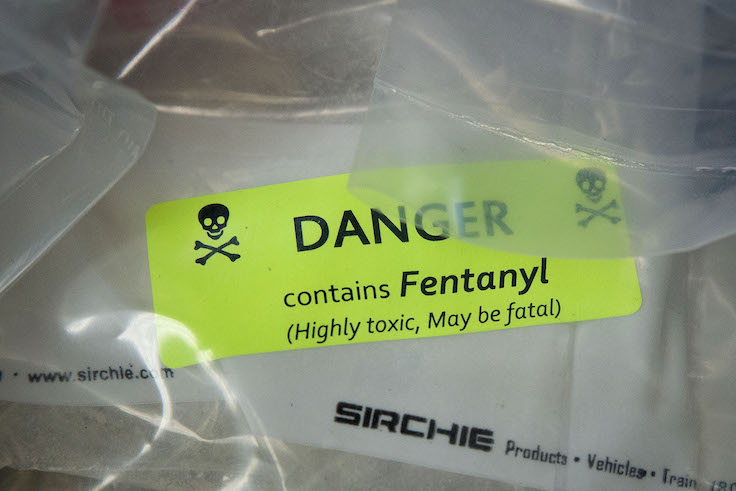 The Lawfare Podcast
<p>The Lawfare Podcast features discussions with experts, policymakers, and opinion leaders at the nexus of national security, law, and policy. On issues from foreign policy, homeland security, intelligence, and cybersecurity to governance and law, we have doubled down on seriousness at a time when others are running away from it. Visit us at www.lawfareblog.com.</p><p>Support this show <a target="_blank" rel="payment" href="http://supporter.acast.com/lawfare">http://supporter.acast.com/lawfare</a>.</p><br /><hr><p style='color:grey;font-size:0.75em'> See <a style='color:grey' target='_blank' rel='noopener noreferrer' href='https://acast.com/privacy'>acast.com/privacy</a> for privacy and opt-out information.</p>
Lawfare Archive: Coronavirus, Federalism and Supply Chains: A Case Study
by The Lawfare Institute

From April 25, 2020: We’ve covered this novel coronavirus from many angles, focusing on the disaster response issues that make up part of national security. For this episode of the Lawfare Podcast, we have something a bit different: a case study of how pandemic control measures intersect with federalism issues and supply chain continuity and security. With a focus on what’s happening in Illinois, David Priess spoke with Rob Karr, the president and CEO of the Illinois Retail Merchants Association, representing the industry employing one out of every five people in Illinois, and with Mark Denzler, the co-chair of the state’s Essential Equipment Task Force and the president and CEO of the Illinois Manufacturers’ Association, representing companies that employ almost 600,000 Illinoisans.