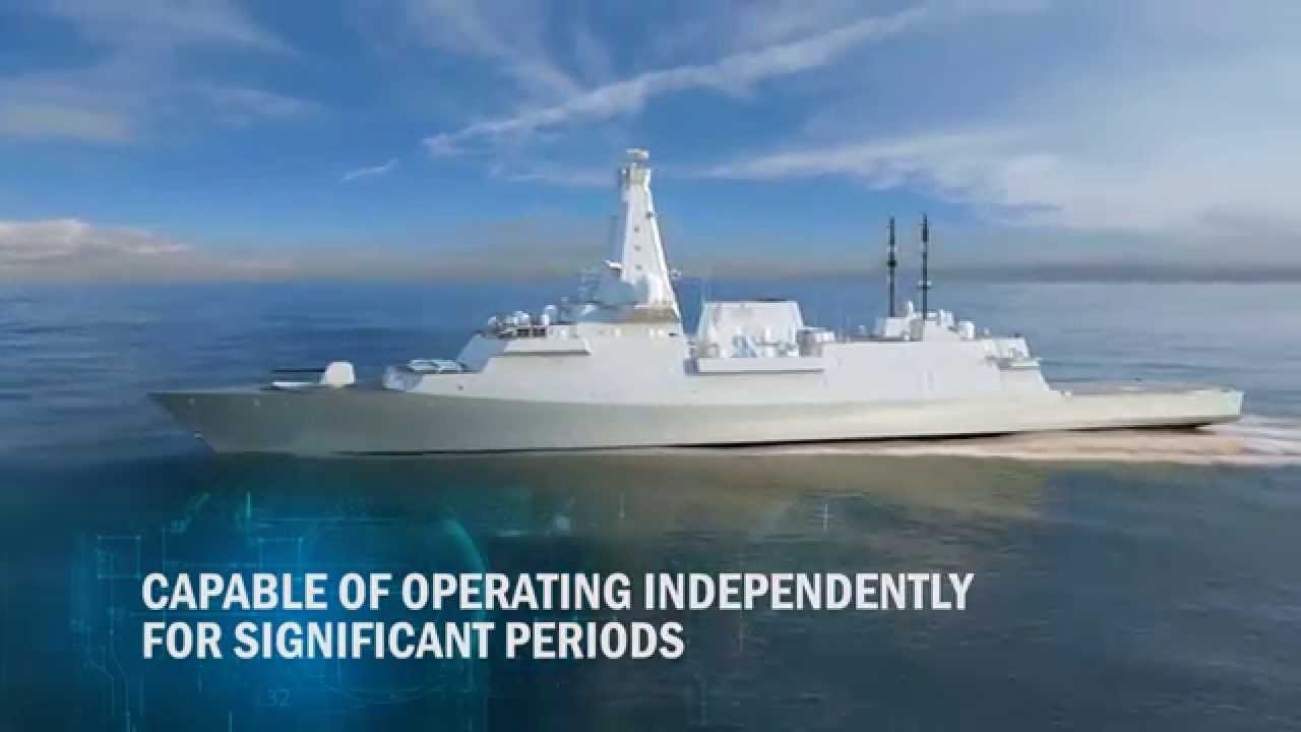 The Royal Navy’s new Type 26 frigate could be its most powerful and flexible warship type in many decades. Assuming, that is, that the U.K. defense ministry properly funds the ships.

The British fleet is acquiring eight of the 7,000-ton-displacement frigates at a cost of more than $9 billion in order to replace an equal number of 1980s-vintage Type 23 frigates. The plan is for at least eight copies of the smaller, less heavily-armed Type 31 frigate eventually to replace the balance of the 13-strong Type 23 force.

With the Type 26, the Royal Navy could get a balanced warship with a wide array of sophisticated weaponry and the flexibility to handle a range of missions, U.K. Defense Journal explained.

It’s no secret that the Type 26 is designed with modularity and flexibility in mind to enhance versatility across a wide range of operations ranging from counter piracy and disaster-relief operations to high-intensity combat.

The final BAE design had a large amidships mission bay instead of the stern well deck featured in previous designs. … This versatility of roles is enabled by the mission bay, capable of supporting multiple helicopters, [unmanned underwater vehicles], boats, mission loads and disaster-relief stores.

BAE says that a launcher can be provided for fixed-wing UAV operations and it’s well known that the flight deck will be capable of landing a Chinook helicopter for transport of embarked forces.