Stay alert & get prepared for #Dorian if you are in the Southeast. Monitor forecasts closely, as the storm’s track can change quickly.

We continue to coordinate with state, local & tribal officials to provide support.

Significant impacts could also occur even if the center of #Dorian stays offshore. With the change in the forecast, the risk of strong winds and life-threatening storm surge is increasing along the coasts of Georgia and South Carolina during the middle of next week. pic.twitter.com/7yI3bxa8ti 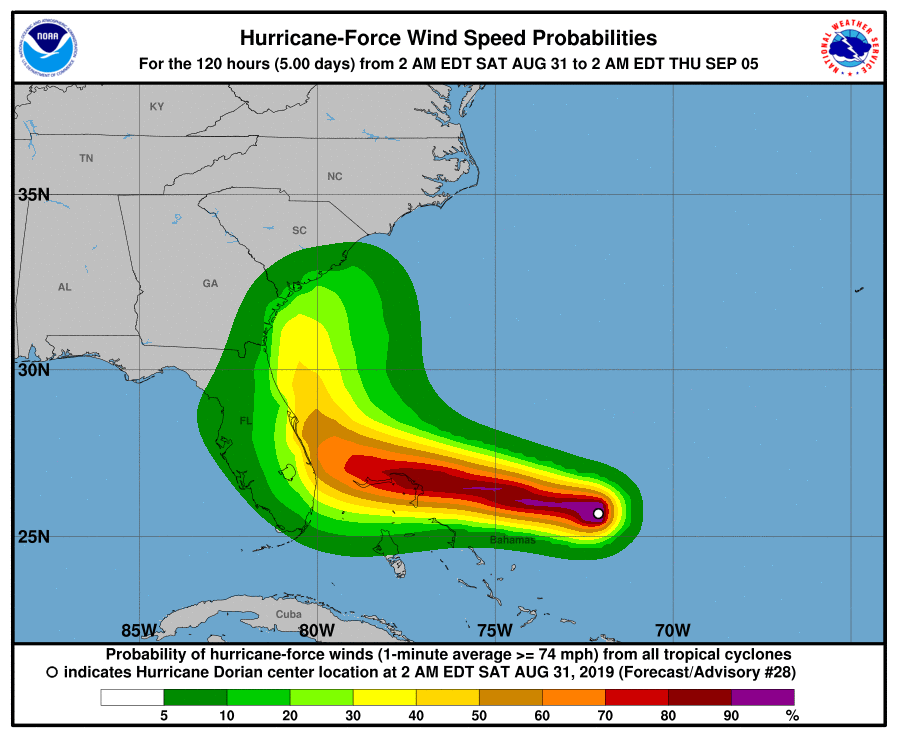