An upcoming report by the United Nations’ nuclear watchdog organization, known as the International Atomic Energy Agency, includes new language suggesting the Islamic Republic has not been cooperating with international nuclear inspectors who are mandated to provide oversight on the Islamic Republic’s weapons program, according to multiple sources familiar with the contents of the report.

The IAEA’s yet-to-be-published report on the matter began circulating late Friday among reporters and Iran watchers in Washington, D.C., and it is said to show that Iran has stopped adhering to its transparency commitments under the landmark Obama-era nuclear agreement.

Iranian leaders have been warning for months that the country has ended its cooperation surrounding the nuclear portfolio, including efforts by Iran to enrich uranium to levels prohibited under the nuclear deal and necessary for a functional nuclear weapon.

This IAEA’s findings, the contours of which were confirmed by a U.S. official to the Washington Free Beacon, are likely to fuel calls by Iran skeptics on Capitol Hill for a full snapback of international sanctions on Iran, which were lifted under the JCPOA, the acronym used for the nuclear deal. This issue is more than likely to come to a head as top Trump administration officials and diplomats from across the globe gather in New York City for the U.N.’s upcoming General Assembly meeting.

New language in IAEA’s latest report indicates claims that “ongoing interactions between the Agency and Iran relating to Iran’s implementation of its Safeguards Agreement [and] Additional Protocol require full [and] timely cooperation by Iran,” according to a portion of the report published Friday by the Institute for Science and International Security, a nuclear watchdog group that routinely has access to such reports. “The Agency [IAEA] continues to pursue this objective with Iran.”

“While the IAEA report remains restricted until released publicly, any indication that Iran is not fully cooperating with the IAEA raises serious questions,” the official said.  “We look to the IAEA to continue to inform the international community in a timely fashion of any lack of full Iranian cooperation consistent with IAEA safeguards practices.”

Furthermore, “any potential delay, denial, or deception by Iran that inhibits the IAEA’s essential nuclear safeguards verification work in Iran would be completely unacceptable,” according to the official. “Iran must comply with its safeguards obligations, and immediately provide the IAEA nothing short of full cooperation.”

The IAEA’s rumored findings are all the more concerning given Tehran’s history of obfuscating its nuclear weapons work and lying to the international community. A nuclear archive seized from Iran by Israeli spies revealed that Iran never fully shuttered its nuclear weapons program, particularly at secretive military sites across the country.

One such site, the Fordow nuclear research facility, remains functional and is enriching uranium, the key component in a bomb, despite portions of the JCPOA mandating that Iran dismantle the facility.

“Especially given the history of Iran’s nuclear program, and its efforts to preserve a vast archive of materials from its past nuclear weapons program, any new concern related to Iran’s safeguards implementation would be an extremely serious matter,” the State Department official told the Free Beacon.

“This new IAEA report comes as Iran is threatening to again expand its proliferation-sensitive nuclear activities in a transparent attempt at nuclear extortion,” the official said. “Iran has yet to address continuing concerns about its nuclear program, which would be only heightened by any lack of cooperation with the IAEA. The international community must speak clearly that full and transparent cooperation with the IAEA is the only path forward for Iran.”

An Iran expert briefed on the report told the Free Beacon that the report shows Iran has no intention of living up to its nuclear commitments, despite international pressure.

“Now we know Iran never intended to comply with the nuclear deal let alone with their broader obligations to the IAEA,” the source said, also speaking only on background about the developing diplomatic matter. “The IAEA did their very best to bury it in the new report but even they had to acknowledge the problem. And yet there are people inside the administration who want to keep the deal on life support. They’re setting up the president for personal humiliation and, when that inevitably happens, they’re going to own it.”

Iran hawks in Congress, including Sens. Ted Cruz (R., Texas), Tom Cotton (R., Ark.), and Marco Rubio (R., Fla.) have raised the issued of what to do about Iran’s potential noncompliance in past correspondence to the Trump administration. This includes unilateral sanctions by the United States, as well as a full snapback of lifted sanctions by the international community. 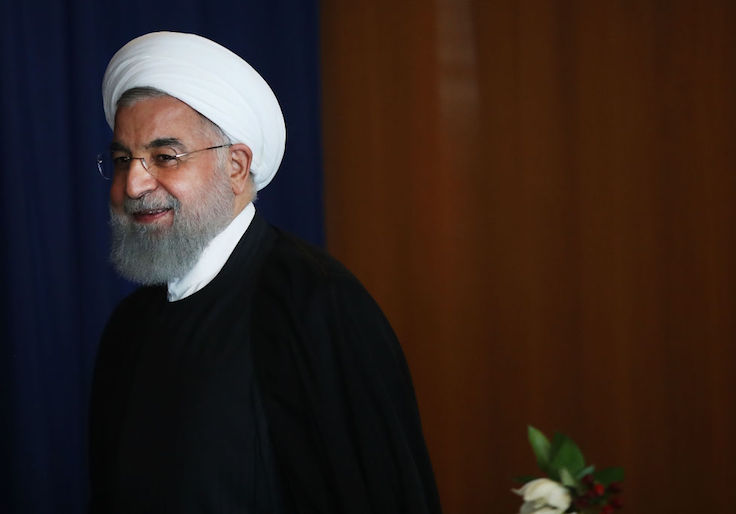