Mayor Pete Buttigieg’s polling numbers have sagged since a police shooting in his hometown of South Bend roiled his presidential campaign, but he is launching a serious reboot, according to senior campaign adviser Lis Smith.

Buttigieg became the breakout star of the Democratic primary field after a successful CNN town hall in March. He continued to gain momentum as fawning profiles from Time, Rolling Stone, and Vogue pitched him as a potential millennial president. Buttigieg also topped the Democratic field in fundraising, collecting $24.8 million in the second quarter of 2019.

His campaign came to a screeching halt in June, however, after a white South Bend police officer shot and killed a black man. The shooting brought to light Buttigieg’s historic mismanagement of his city’s police department and the fact that crime has steadily risen during his mayoral tenure. Buttigieg’s management of the shooting drew criticism after he admitted that he “hesitated” to engage with the community after past police misconduct.

But even as his momentum slows, Buttigieg supporters have “absolutely zero panic” about his chances at the nomination, according to BuzzFeed News. Some claimed the police shooting may prove to be an asset for Buttigieg in the long run.

The “unfortunate situation in South Bend … slowed him down from being too hot too fast,” Iowa businessman Rich Eychaner told BuzzFeed News. Eychaner has given the maximum donation to Buttigieg and has publicly committed to supporting him.

Former Obama fundraiser Rufus Gifford added that Buttigieg’s slump reminds him of Obama’s campaign in the summer of 2007.

“This time in 2007 was when the Obama campaign felt the most vulnerable,” Gifford told BuzzFeed News. “And then look what happens a few months later.”

But unlike Obama, Buttigieg continues to pull virtually no support from black voters, a deficiency which has only worsened since the shooting in June. He currently polls at less than 1 percent among black voters, according to the New York Times. 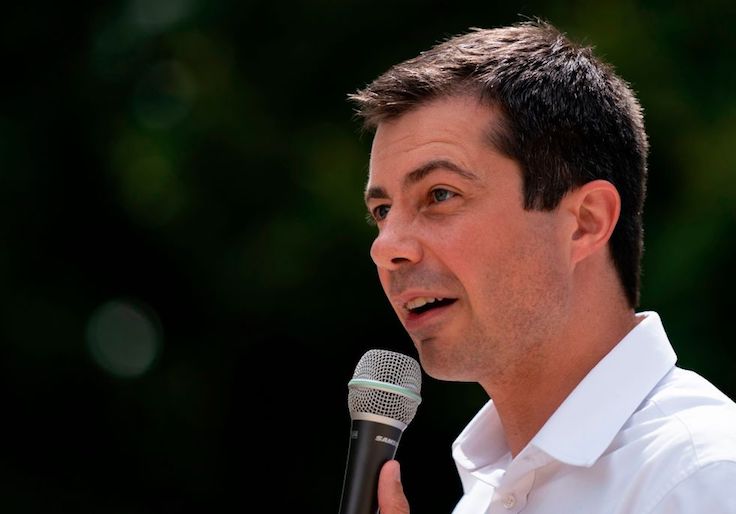