MSNBC host and frequent Morning Joe guest Donny Deutsch had his fifth show cancelled earlier this month after only 13 episodes.

Deutsch’s show, Saturday Night Politics, launched in early May during the network’s 8 p.m. hour, and was advertised as part of MSNBC’s expansion of weekend programming. The network will now be filing the spot with re-runs of Chris Hayes’s Friday show, according to TVNewser.

Saturday Night Politics would end up being the most-watched Saturday 8 p.m. show in network history, and while it regularly beat CNN in total viewers, it couldn’t match CNN Newsroom and other CNN Saturday 8 p.m. programming in the key A25-54 demo; and it couldn’t come anywhere close to matching the ratings of Fox News’ 8 p.m. show, Watters World.

The advertising and branding expert is not a new face when it comes to cable news. He is a regular on Morning Joe and has provided political analysis on other MSNBC shows. He has also hosted shows on other networks that lasted between a week and four seasons.

His most successful show was his CNBC talk show, The Big Idea With Donny Deutsch, which ran from 2004 to 2008. He had a brief stint at MSNBC in 2010, but was sidelined after he included colleague Keith Olbermann in a montage of angry media personalities. CNN then brought him on in April 2013 to host talk show The Point, which was cancelled after just one week. He later hosted and played a version of himself on a show named Donny! on USA in 2015, which only lasted one season.

While Deutsch interviewed some notable guests, including 2020 Democratic presidential candidates Pete Buttigieg and Cory Booker, his show couldn’t compete with Fox News’s Watters World. Back in June, President Donald Trump slammed Deutsch after he criticized him on one of his episodes.

“Little @DonnyDeutsch, whose show, like his previous shoebiz [sic] tries, is a disaster, has been saying that I had been a friend of his. This is false,” Trump tweeted. “He, & separately @ErinBurnett, used to BEG me to be on episodes of the Apprentice (both were bad), but that was it. Hardly knew him.”

….other than to know he was, and is, a total Loser. When he makes statements about me, they are made up, he knows nothing!

Deutsch has been a vocal critic of Trump over the last two years, calling him a “dictator,” “evil,” and “a pig,” He also said, “every single playbook” from Trump suggests another Holocaust is coming. Deutsch previously praised Trump and included anecdotes about him in his 2005 book, calling Trump an “expert” with women.

In the book, Often Wrong, Never In Doubt, Deutsch also wrote about sexual fantasies he had about female coworkers at the advertising firm he managed.

“If it’s with a guy, we might talk football; if an attractive young woman is involved, I might exude sex. I’ll work it. You use what you have. I’m in shape, I’m decent enough looking, and for a CEO of a large company I’m more dynamic than most,” he wrote. “I find that often works to my advantage, but sometimes not. With women it’s usually a positive.” 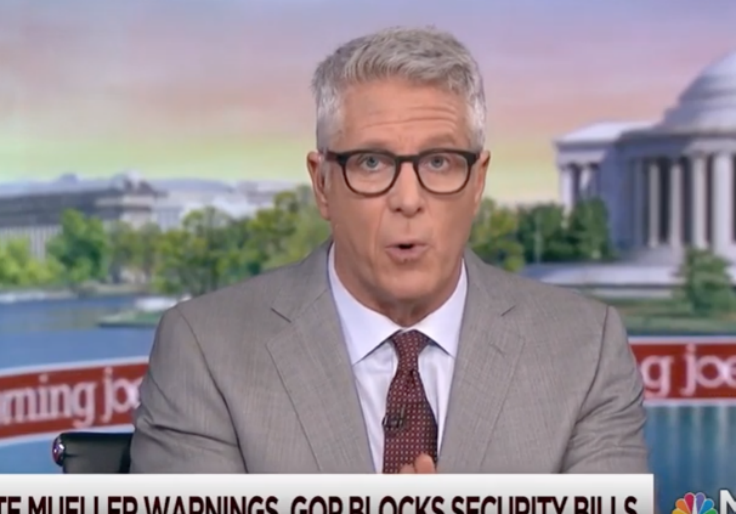 From October 15, 2019: A couple of weeks ago, Lawfare and the Strauss Center for International Security and Law sponsored a series of panels at the Texas Tribune Festival. For this episode, we bring you the audio of our Tribfest event on domestic terrorism—what it is, how we define it, how we outlaw it, and what more we can do about it.